Fonty’s Pool would have to be one of the nicest van parks I have been in. It is very green with good size van bays. There is only one ablution block with only 3 toilets and 3 showers. This surprised me, as the park was quite large. I guess nowadays most caravan have there own ensuite so van parks don’t need a lot of ablutions but if you were in a tent you may be waiting for a shower. One nice item that I haven’t seen anywhere else was Disabled/family shower rooms. 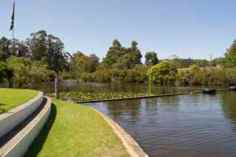 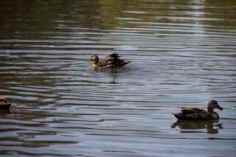 The pool is interesting as it is a fresh water springs. It is also know as the fountain of youth. (Adrian went for a swim and he didn’t come out any younger so I don’t think it works.) It didn’t look very inviting to me. There was stuff floating everywhere and it looked slimy, the water at Greenbush looked more inviting. I didn’t go for a swim.

We drove around the area. Adrian climbed the Diamond tree. There are 3 trees that you can climb in the southwest. The Gloucester tree standing 53 m tall, the Dave Evans Bicentennial tree standing 65m and the Diamond Tree standing only 52 m. Adrian only has the Dave Evans tree left to climb. The trees were used as fire lookouts. Eight trees where selected for the job and the top huts were built between 1937 and 1952. Pegs were hammered into their trunks to form a ladder. Not much has changed to the ladders over time. All three trees are open for the public to climb. I stayed with my feet firmly on the ground. 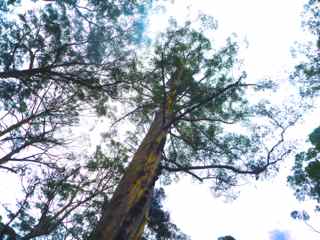 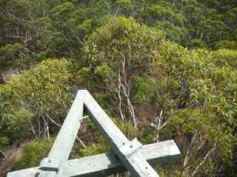 After the tree we went to Beedelup Falls. As we pulled into the car park we stopped as there was a small camper van parked in the way. Thinking they were on they way out we started to pull into a bay at the start to the car park. The driver of the van waved us down. Not sure what was happening we continued on. When we arrived at the van the driver asked for help. He had driven the van back, right into a gully. The wheel on the right was in mid air and with no traction the van was going nowhere. The driver asked if Adrian could drive and they would push. The driver explained that his companion couldn’t drive (they were from England and a lot of people over there don’t have a driving license) Adrian jumped into the van but it did not move. We then reassessed the situation. We picked some small flat rock from the surrounding area and wedged them in under the wheel to give it something to grip and tried again. The van moved a little bit. More flat rocks under the wheel and more pushing and the van was back on the road. The two guys were so happy with out help they gave us a bottle of wine. Nice.

It is an easy walk to the Beedelup waterfalls, even though you go up and over the water. Pathways have been put down and a suspension bridge ends the 600m walk (or starts, depending on which way you go.) There is wheelchair access to some of the viewing platform, always nice to see. 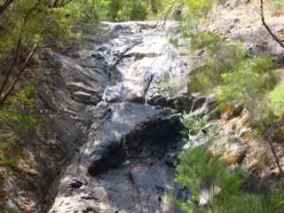 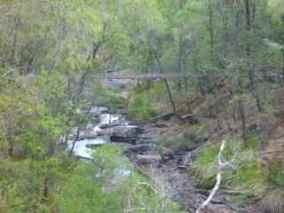 We did the tourist thing and went and had a look at Tree in Rock. What is “Tree in Rock” exactly what it said. A tree has grown out of a rock. After I had a look at the tree in a rock I looked up to see “tree on track” I pointed it out to Adrian but for some reason he didn’t seem to think it was as funny as I did. Sorry “Tree Rock” just didn’t seem to do much for me. What did surprise me was the amount of birds in the forest. They seemed to be everywhere. I did download an app to name birds but I am still non the wiser apart for the Robin Red Breast. 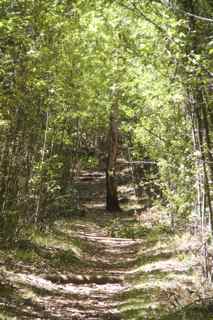 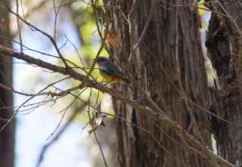 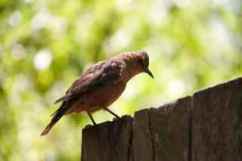 After tree in rock we took a walk to see “Balancing Rock.” Next to Balancing rock is the Granite Skywalk at Castle Rock. (Do you see a patten happening here?) It was quite a walk to get to both of them. Balancing Rock was interesting. You would think given some wild weather and there would be no more balancing rock. I didn’t end up going on the skywalk. My fault I should have believed what I had read. “ To do the Skywalk. If you are agile and capable of pulling yourself up by your arms and legs over and under large rocks and up a vertical 7 m ladder, you can access the Granite Skywalk at the summit of Castle Rock.” It does make it clear you had to climb over rock and up the side of more rocks. Adrian did the skywalk and said you could see for miles. I did try, I got to the bottom of the ladder and even halfway up the ladder before I said no, I am not that brave when it comes to heights. The view was amazing from where I was, that was good enough for me. 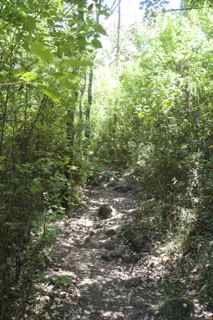 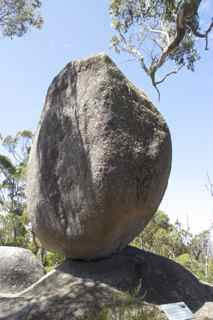 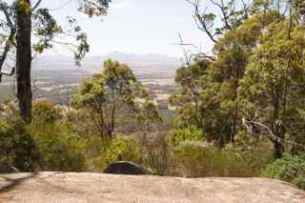 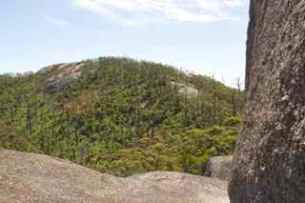 After all the excitement we decided to treat ourselves, we stopped off at the Truffle and Wine Co. We tasted the wine and then decided to have a tasting plate with some of the local truffles. It was pricey but very nice. You don’t get a lot of truffle on the plate. You have to look twice to even see anything that may look like a truffle. When the price for truffles are in the thousands for small amounts you can understand why. The trees for the truffles were first planted in 1997 and the first truffle was found 6 years later by dogs, (dogs are better than pigs and the dogs don’t want to eat the truffle). Now in 2016 they harvest over 5,000 kg of truffles. Most of the truffles are exported and the Truffle Company produce around 60% of the Australia market and is the largest producer of Tuber melanosporum in the word. The largest Truffle found on the farm weighed in at 1016grams. No bad for a small WA company.