Having spent the whole day out I told Adrian he was taking me out someplace nice for dinner. It is always hard to pick a nice place to eat in a town you don’t know anything about. We ended up at the Palace Hotel, which was recommended by one of the locals we spoke to. They told us only to order an entrée because they were so big you wouldn’t want anything more. When we walked into the foyer we found the Herbert Hoover mirror which use to hang in his house and a copy of the love poem he had written to one of the local bar lady’s. What a surprise. It seemed he worked in Kalgoorlie for several years before he when back home and became president. 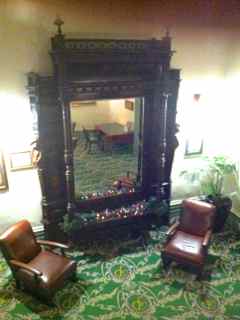 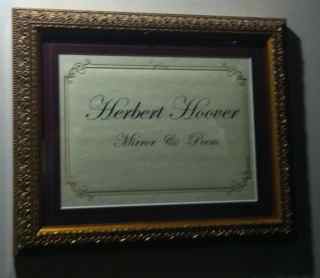 Dinner was amazing and they were right. We only ordered 1 entree and some chips that was enough. The entree was enormous.