We had seen most of what Litchfield had to offer that we could get easily. Some of the tracks are 4 WD only and after Palm Valley we didn’t want to risk the air bag again but Adrian still wanted to see the Blyth Homestead. We went to have another look. We have driven through river crossings before but this would be the highest we have crossed.

As we had seen the other car travel though without any problems we decided to give it a go. We were not as lucky. Just before leaving the water the car stopped dead. It seems we had gone thought the water too fast and got water in the motor, or something like that. Adrian managed to get it to go so we could drive out of the water but then we stopped again. We had water in the air filter and the poor car was blowing white smoke. We were not sure what to do. After talking we decided to drive the car a little way and to try to dry the air filter out. We continued on for about 2 k then turned around and drove back to the river. We were humming and arring about going to the homestead when another car came throve the river crossing. Both men talked and them they suggested taking us along for a look while the car dried out a bit. Thank you, to the kindness of stranger. 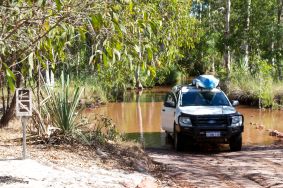 The homestead was not what I was expecting. I had thought it would be made of brick and bigger instead the house was built out of tin with without a floor. (That is where the phrase “dirt poor” comes from. People could not afford to build a floor in their house.) Both men had to duck their heads to be able to enter the building. It was only one room and used by the tin mine workers.

As we were leaving Litchfield I made Adrian stop the car so I could take a photo of some flowers. I had seen them scattered about the place and my curiosity got the better of me. I had seen some of the plants had grown as big as trees, some time there were lots of buds, some time just one but there didn’t seem to have any leaves only the bright yellow flower and a large seed pod. I had looked out for an information sign about them but didn’t see one so I still don’t know anything about them. I found the flowers fascinating and wondered if the local people eat the seeds. 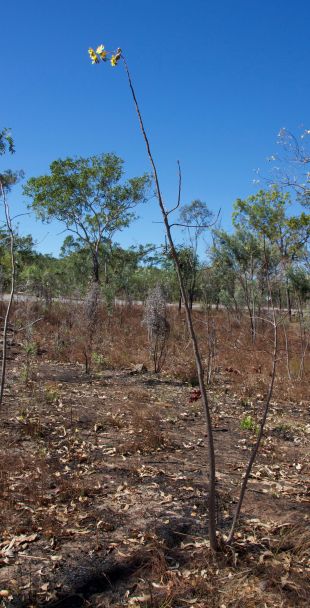 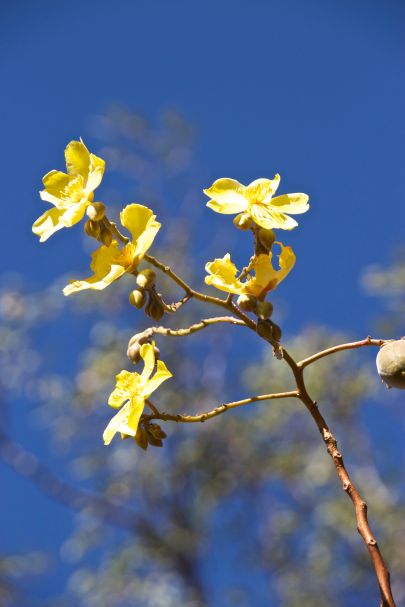 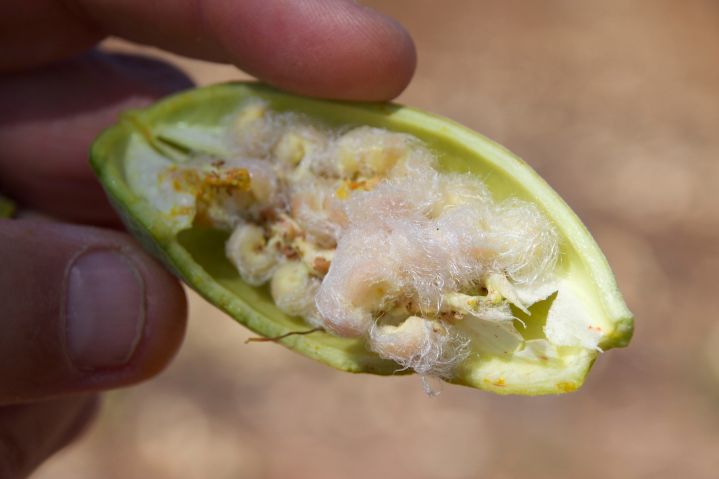 Loved Litchfield. I think it has shot to the top of the list of places to come back to see again.