Ok first ones down, I know I can’t get the perfect shot right from the start. Bring on the next falls.

Little Millstream falls was next on the list. You can pick up the Misty Mountain Trails walk in the car park for Little Millstream falls. It is a quick little stroll (within World Heritage Rainforest) of 150 km, with long and short legs. The walk will take you thought different town down to Tully. It was interesting as that was the way we were heading.

As we turned onto the track that took us to the Little Millstream falls I spotted some birds I had only ever seen in captivity. Chicken. (I did wonder if they were free range or just escapees.) It is not quite the bird life I was hoping to see. The area is reported to have over 160 different bird species and I get to see: Chicken in the wild. 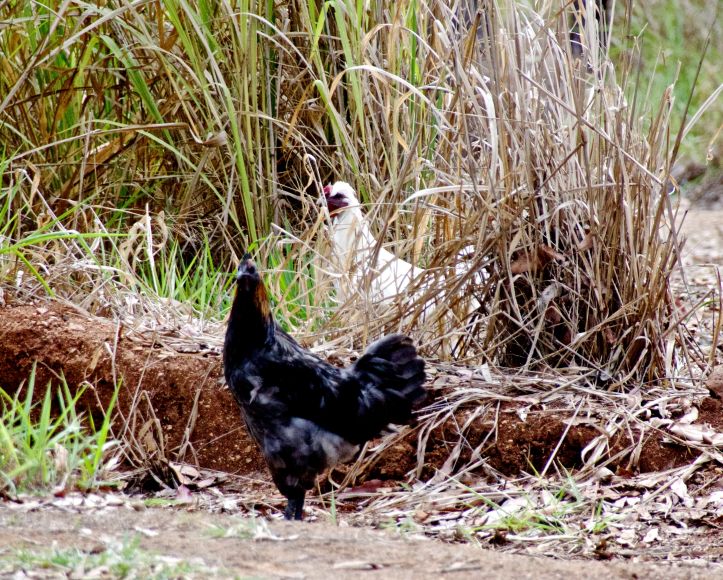 It wasn’t long before we saw the falls. They lived up to their name ‘Little Millstream” yet to me they had more charm that Millstream, it may have been the idea we had a slim chance of seeing some platypuses added to the magic of the falls. (Sadly we didn’t get to see any.)

We again tried to take that perfect photo of the flowing water. This time the photos were greatly improved (which means I didn’t have to delete 90% of the photos I had taken because they were blurred or over exposed. Yes I know I still need practice.

As we were staying longer in Ravenshoe we took a trip to see some of the countryside. Amazing. Coming from Western Australia I am not used to looking at mile apon mile of rolling lush green hills. We took the time to go to Millaa Millaa lookout. Wow oh wow. The countryside was mind blowing.

As we were driving we saw a sign for platypus. We just had to turn round and go back. (This is another thing we don’t get back in West Australia.)   We paid our money and walked down to the pond. It was a nice looking pond and to start with we didn’t see anything. Them off in the distant there was moment, ……. a solitary duck swimming about. Ok not what we wanted to see but nice. We kept on searching. Then under the deep water we could see more movement. Yes our first sight of a ……. turtle, again not what we wanted to see. 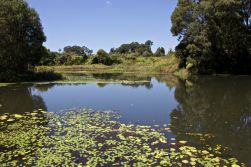 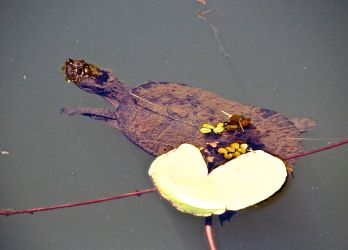 We had been told to talk so the platypus would know we were not a danger to them. We started to talk, about anything and everything. It was a good thing we were alone. Then on the other side of the pond there was something was peaking it’s head out of the water.   We talked louder and tried to look like we really wasn’t interested and just out for a stroll. We must have done a good job as the platypuses started to come out. They are a lot smaller than I thought and they are so quick. I took a lot of photos of their bottoms, not because I wanted to but because that was all there was left when the shutter went snap. They are amazing, always on the go. We didn’t see any swimming around doing nothing. They were all go, go, go. We could have stay watching them for longer but after about an hour a large family group arrived so we decided to leave.

We stopped of at Malanda for lunch then on to another water fall which in almost in the middle of the town. Not a good thing when the river decides to flood. 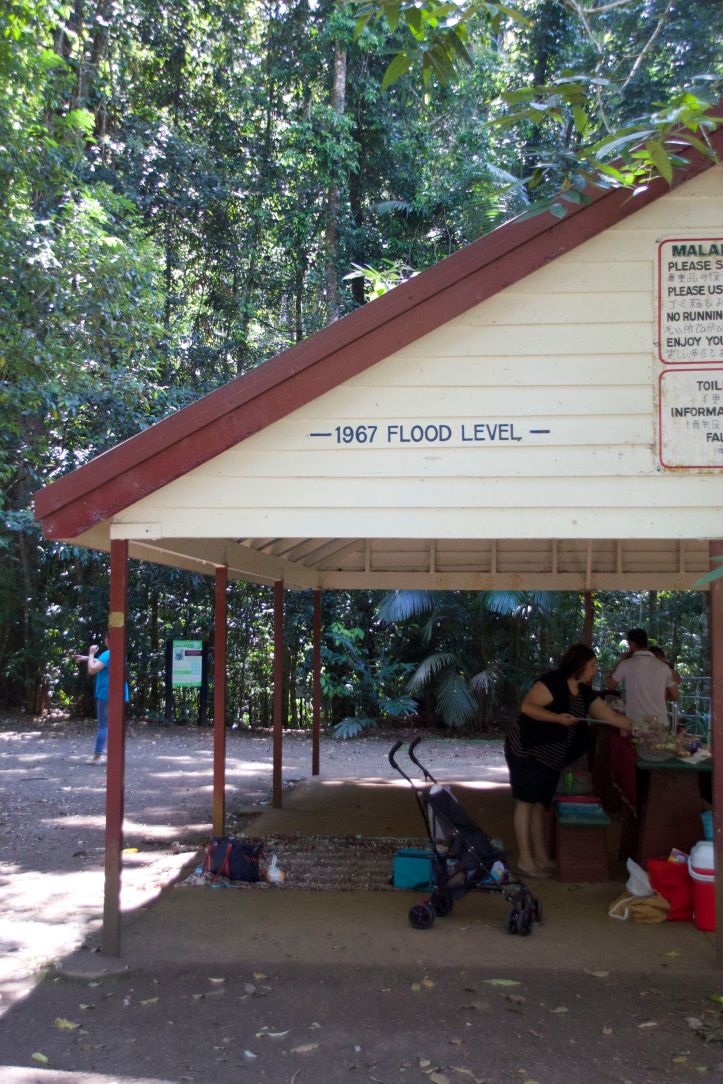 Again we try our hand at those long flowing water shots. Yes I know I still need more practice.

The area had a lovely set up. People could go swimming and there was BBQ area with a large shade shelter. I could see the area being packed in school holidays.

We drove on to more and more falls. 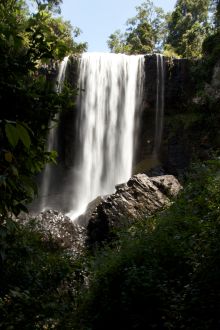 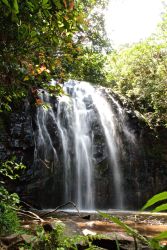 At one there was a turtle sunbaking while people were swimming not far from him. At anther we fed some cracker biscuits to some small fish. Almost as the biscuits hit the water the catfish dove in to take over. 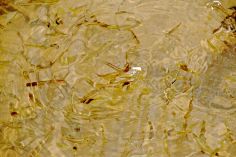 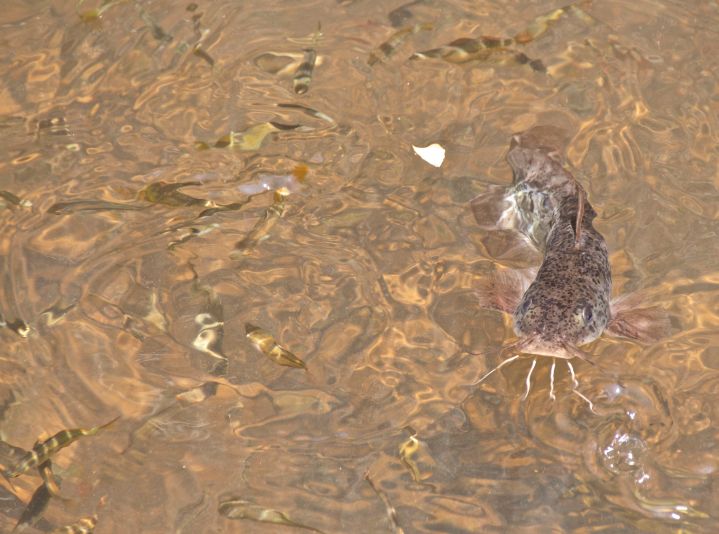 Ravenshoe is not just about waterfalls; there are some lovely walks and 4WD tracks as well. Not that we participated in any of them.