We pulled into Cassills Park overnight stop and rest area for morning tea. This is the first time we had really seen the devastation of the bush fires that hit the area last summer. When we were in Maitland showgrounds we met people who were going to volunteer to help build fences in the area for two weeks.  Fences weren’t the only things lost to the flames of The Sir Van fires, 35 homes, a church, community hall, 131 outbuildings and a large number of livestock was destroyed. (They are still looking for help it you are interested. No experience needed.) 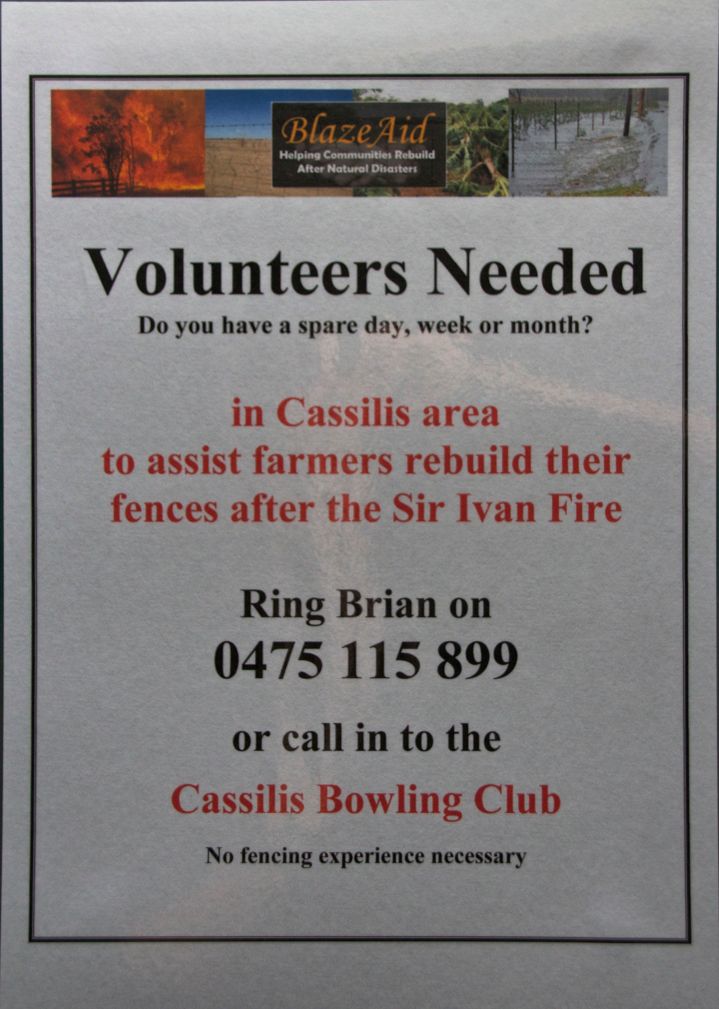 As we continued we saw people working on new fences. The burnt out trees when on and on. Some of the trees had started to regrow but others, well others looked blacked in despair and change of life.

Even though Dunedoo was out of our way we ventured on. Why? Simply because I like the name. Dunedoo. It just rolls from your lips. 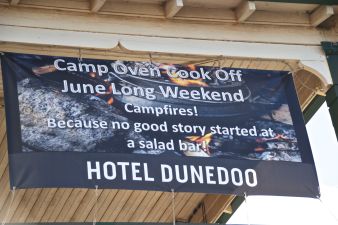 We were expecting a small forgotten town but what we found was a lovely old town full of life. We pulled into a large rest area right in the middle of town. It was very busy. There were several vans parked up in between the semi trailers and there were busses there as well. We had lunch then took a walk along the main street. It was lovely. The local grocery shop had a front wall with black and white photos displaying scenes from the fires. On the front window of the Butcher shop instead of a specials was a list of thank you quotes. The fire destroyed approximately 6,000 km of fencing. There was a sign up on the side of the local IGA letting people know they could help out, if not with labour then by buying posts or wire. Each fence post cost $4 and $139 would give you 1.5km of wire. To help personalize your donation they ask you to write a message on the post. The spirit of Australia is alive and well in Dunedoo. 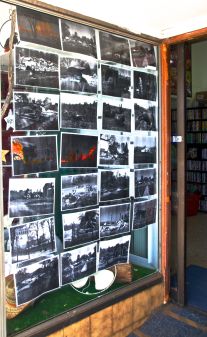 Along the main street we walked into the local secondhand shop. We were defiantly in the country. The shop was filled with what some people would call junk while others would call hidden treasures. What blew me away were the prices on some of the items. There was an old wool table, which had a price of $1780. I don’t know what a new one would be worth so it may be cheap but for me it was a big ask. For some reason I think the table will stay hidden treasure for a while. 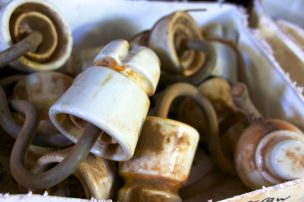 Just up from where we parked was a little park. Before we continued on we took a walk though it. There were some lovely sculptures made out of scrap metal. The first one I saw was of a black swan. “Dunedoo” is an Aboriginal word meaning ‘Black Swan.’ (I had noticed the picture on the side of the wall of a swan but didn’t know the significance of it.) Then there was a sculpture of a White Faced Heron. Love the face and the one on the Barn Owl as well. An interesting fun fact about the Barn Owl is their eyes are so big there is no room for muscles to move the eyes; this is why the owl can move it’s head 1800. 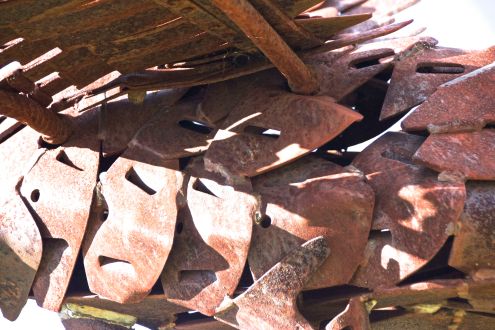 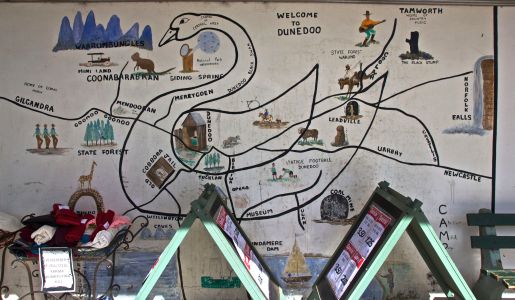 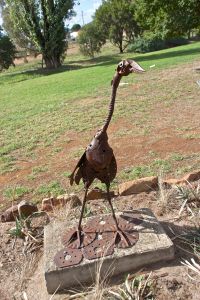