If I had though Gulgong was a step back in time, it is a modern city compared to Hill End. Defiantly a window into the past and a cultural heritage site.

As we drove in we were greeted with autumn colours. Wow I have only ever seen colours like this on postcards. We grabbed the dash cam and set it up then continued slowly. Lovely.

We parked up in the campgrounds. For power and water it was $12 per person per night and $8 per person per night for no power. I know the difference between $24 to $16 for both of us isn’t a lot but we were full of power and water so we decided to go basic and save the $8 a night difference. Good choice, as the powered areas were packed in like sardines. While we were the only ones in the non powered area. 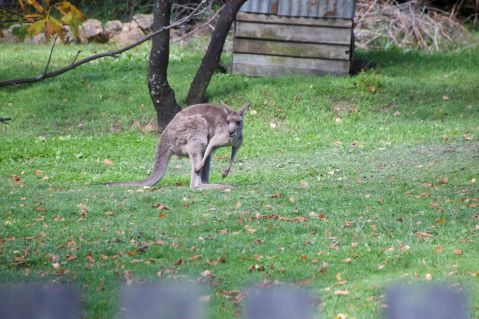 As a town, there isn’t much there. A pub, a café come very basic grocery store and a tourist shop. Some of the other buildings looked like they maybe opened for the tourist season. More yet looked lost and forgotten giving the town an unreal tranquil setting. We walked down the streets of the town only seeing fellow tourist. 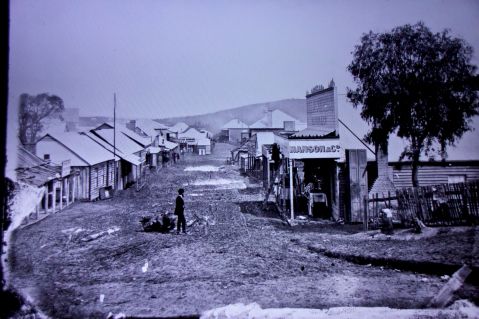 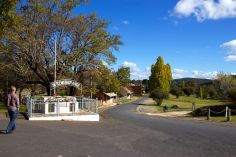 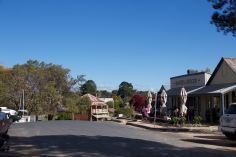 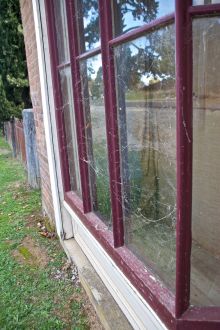 Signs have been set up along the road, telling people what used to be there.

Or what is still in the town. 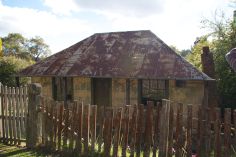 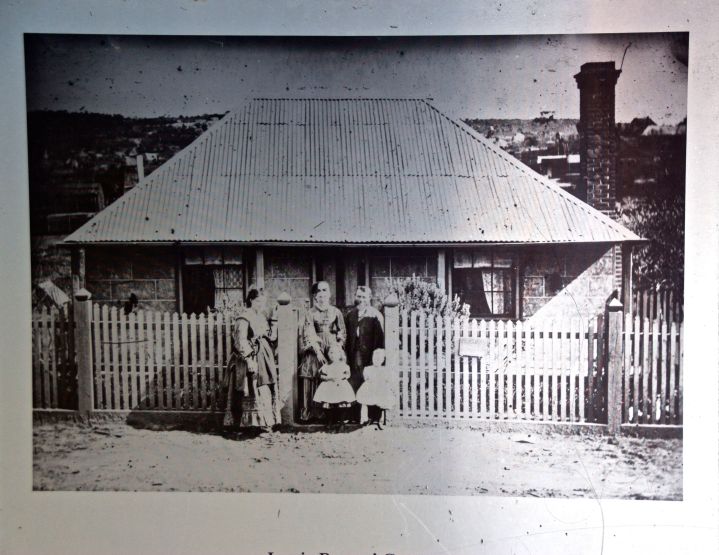 There is a little museum come information centre. It seemed out of place, being it is in what looked like a tin shed. Once inside you find it is high tech with lights and sound and other things. It has a glass plate of 3500 photos of the times on display and you can move thought them enlarging the once you are interested in. Now that is my type of thing. Very impressed.

As we are in the gold area of NSW it is not surprising Hill End was a gold town. They started to find gold in the area in early 1852 but it wasn’t until 1871 things really took off. Then before long Hill End was one of the largest inland towns in NSW. It reached a population of over 8,000 at its peak. The area was so rich in gold, lucky miners were finding large chunks of it as they worked. The most famous nugget found on 19 October 1872, weighed in at 5,000oz and was named the ‘Holtermann’ nugget after Beyers and Holtermann who found it. It is recorded to be the largest nugget ever found although it wasn’t really a nugget but a matrix (which is a vein of gold embedded in a rock.) It would have been worth about £10,000 at the time. I would think Beyers and Holtermann thought they had struck gold. Hang on a moment, they did. (Hotlermann retired and built a mansion in Sydney. He commissioned a stained glass window depicting himself and the nugget. What a humble way to show your wealth.) 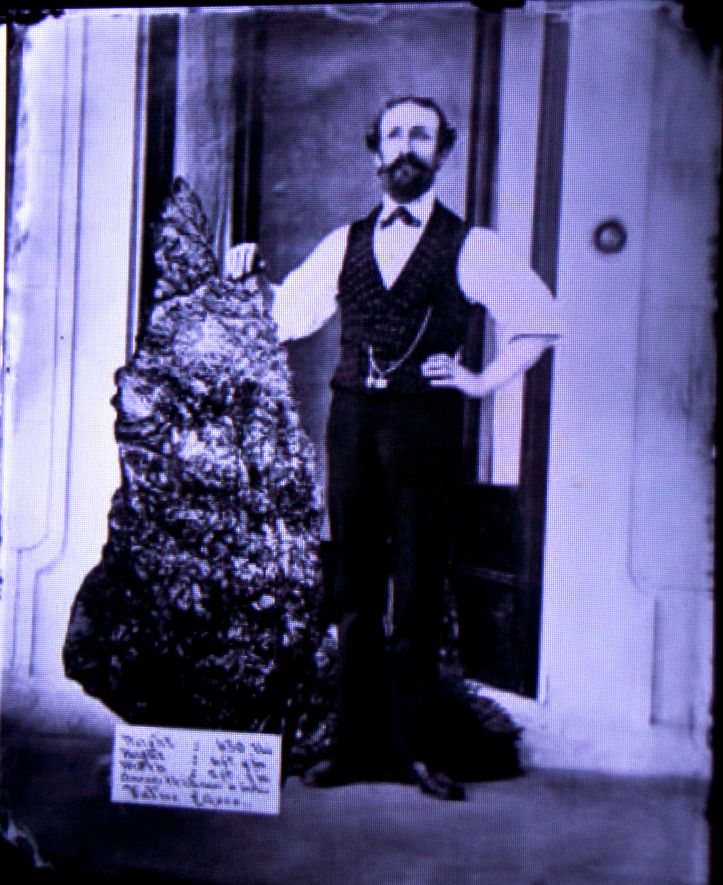 Over the boom period more than 62,200 kg of gold was taken from the surrounding area. For the time, that was around the million pound mark. It’s amazing when you realize the gold rush only lasted 3 years.

After the boom days the town quickly declined. In 1967 the town was proclaimed a Historic site. The Village now comes under the NSW National Parks and wildlife service. They have started a project to protect some of the building in and around the village. Many of the original buildings have been restored with works still ongoing. About 100 people still live in the town with many being able to trace their families back to people who lived and worked in and around Hill End in it’s hey day.

As we were walking around we found a lone pine in the local park. Wow. You see the lone pine was propagated from a tree at the Australian War Memorial in Canberra. That tree is a direct descendent of an original Lone Pine returned to Australia from Gallipoli. The tree was planted in Hill End on the 25th April 2008 as a living memory of our fallen soldiers. I had head of ‘The battle of Lone Pine’ but didn’t know much more than the name. I read the plaque. The battle was said to be a ‘battle of bombs and hand to hand fighting. The heaviest of it’s kind in which Australian troops ever took part.’ Seven Victoria Crosses were awarded to Australians. Five of those medals, in just one day. (Six of the seven medals are on display in The Lone Pine exhibition in the Australian War Memorial’s Hall of Valour.)

Early the next morning (early for us which was about 9) we decided to head up to Merlin look out for a panorama view of the valley. Merlin was a good name for it as down in the valley the heavens sat. Amazing

There was an information board explaining what we should have been looking at. We decided to come back later in the day for another look.

We then took a drive out to where most of the gold was discovered, the Golden Gully. A large arch has been left standing. You can still see the marks left in the stone from the picks. We kept out eyes open for anything that glittered yellow but not knowing what to look for we come away empty handed. It was an interesting walk when you consider all the gold that was taken from the hole we were walking in.

After lunch we took a walk from the town, which lead past several old mines. An old battery has been left abandon along the way. The batteries use to work 24 hours a day, 7 days a week. The noise was said to be ear splitting. 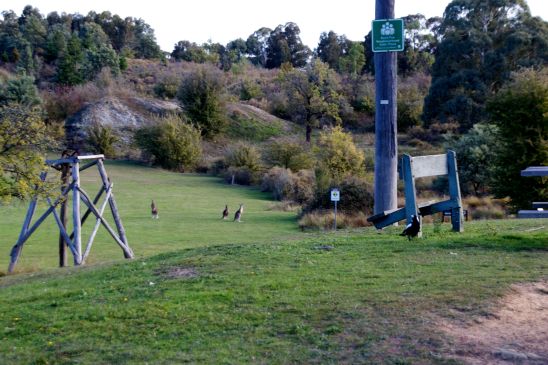 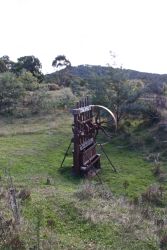 There were several cages covering what was left of mines and along the walk there were reminder of what once was.

We came across The Bald Hill Mine. It is still open for guides to take the tourist in. While we were there we could hear the voices of a school group.

It was a lovely walk and we were kept company by the kangaroos. They seem to be everywhere. Keeping an eye on us as we walked. 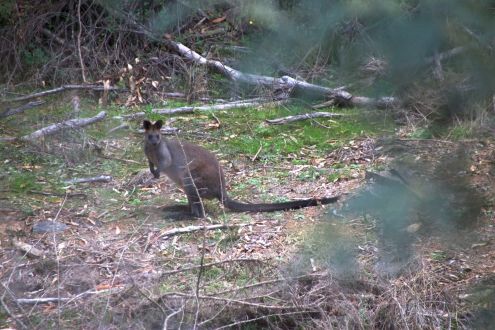 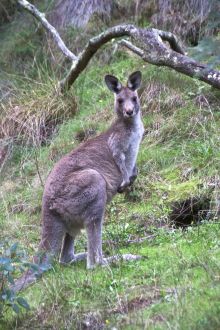 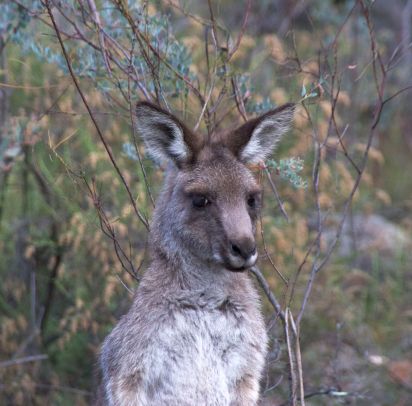 We walked over a small bridge and was greeted with a sign. It was a little like that. 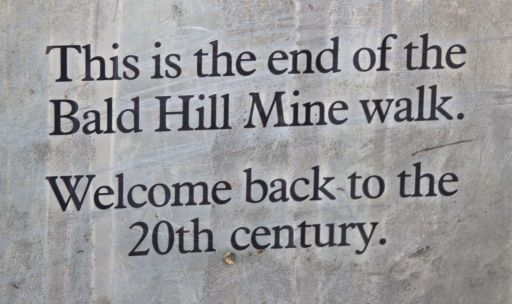 We would have like to have going to the museum but it was close. Before calling it a night we went back to the lookout. The view was lovely and this time we could see for miles but it did lack the magic of the morning. 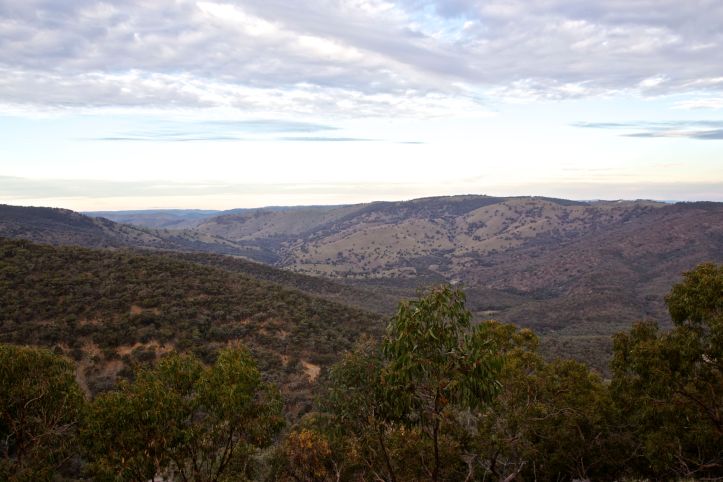 Maybe the campsite heard my sic of ‘no magic’ and made up for it by brought an enchanted sunset.