The Bathurst showgrounds are quite small compared to others we have been in. Adrian went into the office to check in and was told we would be escorted to our spot. Adrian waited for the man and I drove into the camping area to wait out of the way. Our escort pointed out our spot telling Adrian ‘just to back her in.’ Adrian walked over to me and repeated the conversation. When our escort saw I was behind the wheel he changed his mind and moved us over one spot. ‘Just drive her up and around that way you can drive straight though.’ Ok I could have backed in just to show him I can handle the car and van but I though why make it hard for myself. Instead I smiled and drove up and around and though to our new spot.

The showgrounds started in 1877 and many of the pavilions and the caretaker’s residence are listed on the state heritage register. The large pavilion was once a skating ring in Sydney. The caretaker told me that the lions at the top of the pavilion had been vandalized. They had only just been replaced at a cost of $8,000. Every building had a date it was erected at the showgrounds and a name of a famous Bathurst Person. The buildings gave a feeling of time long past.

After setting up camp we were eager to drive to Mount Panorama. You really can’t come to Bathurst without driving the circuit. If you haven’t heard of Mount Panorama, it is Australian’s premier endurance motor racing circuit (and I know you don’t live in Australia.) Even though it is a race circuit it is still a public road so anyone can drive the racetrack. The normal road rules apply and we were told police often drive the circuit to make sure everyone is behaving themselves. Adrian was excited to give it a go so our first stop was at the tourist information centre to find out where it was.

I was surprised to find a restored Cobb & Co Coach as I walked into the Tourist information building. Bathurst was once the headquarters of the Cobb &Co Coach Company. By 1870 they harnessed 6,000 horses a day and travelled 28,000 miles a week. The Company generated £95,000 a year for carrying the mail.   It is said the secret of the success of the Cobb & Co coaches was the Californian made coaches. They were much more suited to the hard Australian conditions than the English built ones.

Sitting right next to the coach was a 1990 Bush Car. The car once belonged to the Stewart family of Abercrombie House. It was imported from USA and still runs today. I have thought there would have been a racecar on display instead but there wasn’t anything.

It is said the hill was the first to witness the arrival of the white settlers in the early 1800s and now it witnesses the mighty race.   The track didn’t start out as a race circuit but as a scenic drive and was opened in 1938 as an unsealed road on the March 17. A month later it was opened as a racing circuit with the first race being and inaugural 100 mile bike race. Just two days later the first car race took place. That race was 147 miles, on the same dirt surface. I doubt if the spectators would have seen too much of the races through the dust. The track is 11.6km (7.2 miles) long. It offers a unique circuit, as it will challenge any driver with its steep hills, hairpin bends and a fast downhill straight. Those first drivers would have been made of strong stuff to take part. Entry criteria required all cars to be Australian-assembled everyday cars with no cages or roll bars for protection, just as you would purchases from a car yard. There were only simple wire fences separating the driver from the spectators and in some places behind the spectators a short distant to the drop away of the hill itself. It would have been nerve-racking race with the dust flying. Speeds of up to 90 miles (144kph) an hour were recorded with drivers averaging speeds of 60miles. The race was first raced in an anticlockwise direction, changing direction in 1943 to help with visibility caused by dust as they raced to the finishing line looking into the afternoon sun.

As a scenic drive the road does give a lovely view of the town and the surrounds. We set up the dash cam and Adrian started to drive. I was surprised with how hilly the track was. Before coming to Bathurst I knew very little about the race. I knew it was on a hill but driving it gave it a whole new dimension. Adrian wasn’t happy with the first drive so just had to do it again. When the second lap was finished he offered the drivers seat to me. It held no interest to me so I gave it a miss. I had seen the views twice that was enough. 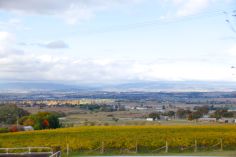 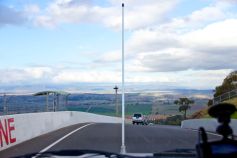 After driving the track we stopped to have a look the statue of Peter Brock at the National Motor Racing Museum, which sits just before you enter the circuit. The museum didn’t really interest us but we had been told if you are into cars it is well worth it.

Instead we drove out to the Gold Panner Man. The man was built in 1979 and stands at 5m high or fifteen feet. Since 1991 he has started to change outfits depending on what is happening in the town. A red nose for red nose day. A kilt for the highland gathering (held in March) and of course a Santa hat for Christmas.

The Gold Panner Man sits on the outskirts of the town on one of the main roads into the Bathurst. I don’t know if I like him or not. He looked rather sad to me. What I did like was the glitter on the rock in front of him. He is a water feature but the day we went to visit he was lacking in water. 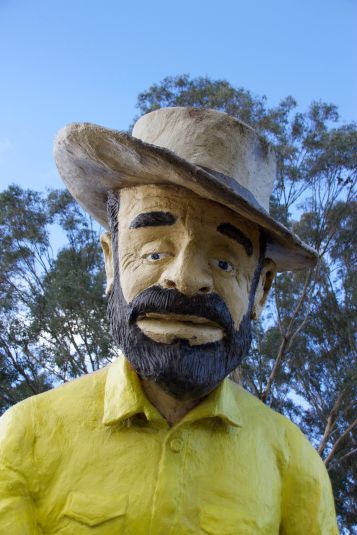 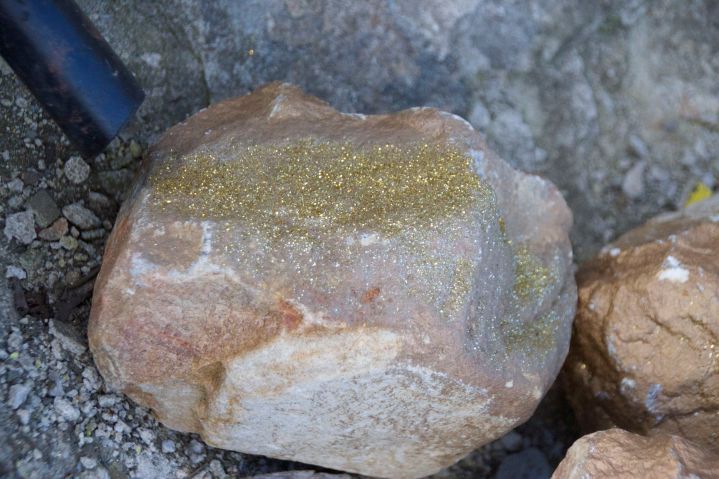