We did talk about staying a little longer at Farleigh Reserve. It is a lovely spot but Adrian told me we have people to meet places to see and there is so much to see. I was happy to stay for another day but also agreed with Adrian. 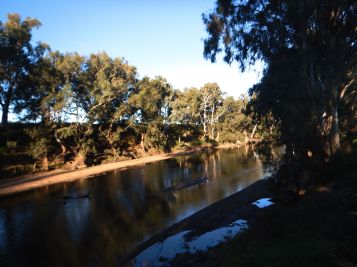 Leaving Cowra we had two choices. We could travel on to Grenfell or to go though Gooloogong to get to Forbes. Now Grenfell is the birthplace of Henry Lawson it even has a sugar gum planted by his daughter. There is also a cave just outside of the town where Ben Hall was said to have had his hideout. On the other hand Gooloogong has ???? Yep we went to Gooloogong. Now in Gooloogong’s defence it does have a great camp right in the middle of the town. The Maisie Thompson campground offers power and water for a donation. You don’t get that very often. There is even a camp kitchen. 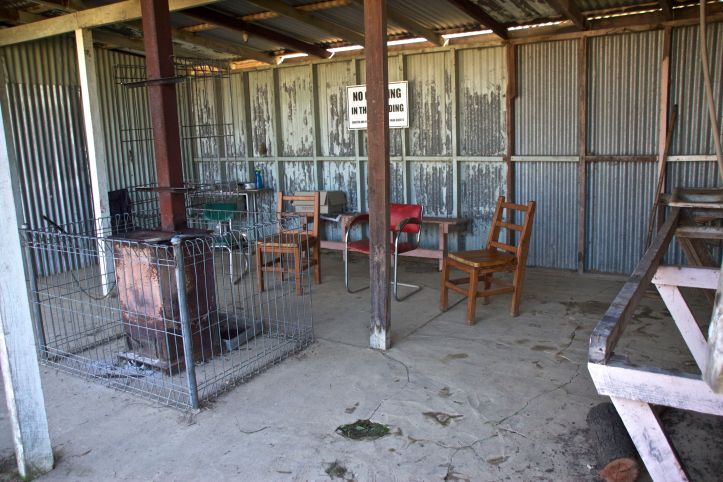 The camp sits behind the park. Along with the usual items like swings and picnic tables the town as added some information boards to the park.

One of the boards gave honour to the ‘Gooloogong sons who died far from home.’ The Gooloogong sons who didn’t make it home are listed on the board with a little bit of their history. Coming from Cowra it was a sad read instead of interesting one. On the bottom there was a simple thankyou. Nice.

The area around Gooloogong has been described as one of the best wheat growing districts in New South Wales. So it wasn’t a surprise another of the boards tells the story of the Women’s land Army who came to the town to do their bit for the war effort. 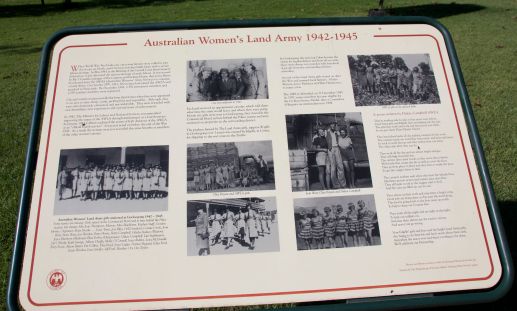 The town is only small with a pub and general store come post office. There is also a hardware store.  We walked around the town. It really had only two streets. A display has been set up in one of the many deserted shops. The town looked sad, like a ghost town that hasn’t turned out the light just yet.

We made our donation and purchased some items from the general store. We do try and support the small towns that support the Vanners. It is good to know the town recognises Vanners will bring money into a town. Great spot.