We nearly had a new hood ornament for the car as we left Eromanga. An Emu came out of nowhere and dashed right in front of us. He ran off to join his mates on the other side of the road. We had our heart thumping there for a moment. If we had of been on the open road traveling at our usual speed we would have hit him for sure. 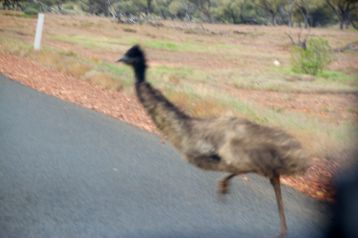 The road out of town was filled with emus that will never run at a car again. Normally we would only see crows taking advantage of the situation but the first stretch of road to Quilpie we lost count with how many eagles we saw. So unusual, so amazing. I would have liked to have taken some great photos but the eagles were too quick for me.

Quilpie has a large bush camp on the outskirts of the town.   After we set up camp we talked about getting our bikes out and riding them into the town but decided against it. Our excuse was we didn’t know what we would be doing so it was best to take the car. We have been on the road for eighteen month now and we really haven’t used the bikes at all. It is a little bit like the canoe. We have used it a little more than the bikes but still not a lot. There is a lot of extra weight in the bikes and the canoe. If we don’t use them we have carried that weight around Australia for no reason. Not a good thing.

It is a little hard to image we have been on the road for eighteen months now. The time has gone by very quickly. The first 12 months ticked over when Adrian was having problems with his back so I didn’t really notice it.

Since we have been on the road we have met some fantastic people. Some we hope will be life long friends. We have seen some amazing sights as well. As we have spoken to people along the way we are often been asked what is our favourite spot. I have given up saying home, as ‘home is where the heart is’. Generally people take it the wrong way and don’t get my joke. They seem to think I am not enjoying traveling but we are living in our van so it is home to us. We are on the open road never really knowing what we will be doing from one day to the next, always experiencing something new and exiting.   What a great home to have.

My favourite spot?   It is so hard to pick just one spot, as there are so many. Some places like Ravenshoe, Darwin or Perlubie Bay are spots we have said it would be nice to retire to, but we haven’t taken it any further than the thought. We have a truly amazing country and there is so much yet to see. 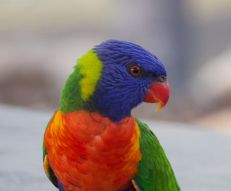 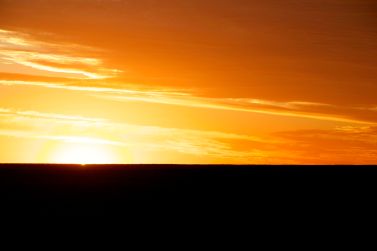 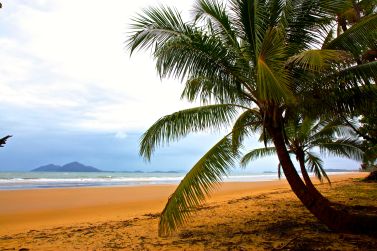 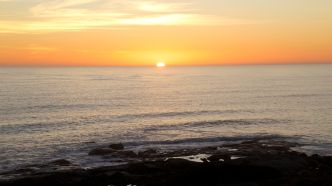 We have stayed in 19 van parks in the 18 months and 6 Showgrounds, with the rest of the time spent in bush camps or low cost camps (anything under $10 is low cost to me.) Some of the towns really go out of their way to welcome the travellers like Kulin and York in WA and Goolagong in NSW who supplied power and water for a donation. (There are others but the list is my top three.) We had changed our rout more than one to go to a good bush camp in a town we have been told about. We always spend money in the town. Yet some other towns didn’t want anything to do with the vanners and some seem to go out of their way to make it hard for the vanners. I can honestly say we have never had a really bad moment in any one town. The only thing that has been a great irritation is the phone serves.   As we have been traveling around we have found so many areas just don’t have it.

How far have we travelled?

We have travelled 37,000 kilometres, leaving Perth and traveling around the south west of our home state a little bit first before heading across the Nullarbor. We saw a little of South Australia and when it became too cold we travelled up the centre to Ayres Rock and then on to Darwin. We took side trips to Lichfield and on our way up and Kakadu on our way back down. We travelled across to the tablelands and then on to Mission Beach to meet up with my younger sister and her family. This was where Adrian hurt his back forcing us to make a quick trip down to family at Maitland for further treatment. To get there we went inland as we thought there would be less traffic. We caught up with my older brother and his family, staying for Christmas with my younger sister joining us. We left our van with my brother and headed of to England for Adrian’s eldest daughters wedding. When we arrived back Adrian had his back operated on. When he was given the all clear to travel we were on our way again winding our way up to Queensland again. We are hoping to get to Cooktown before turning around and heading back down. Technically we will be heading home after Cooktown taking about a year to get there. We are talking about spending Christmas in Tasmania but we don’t make plans so far ahead so it is still just talk at the moment.

Now how much has it cost us? I have kept a weekly budget and because I have added Adrian’s back operation into the budget we are over, big time. We ended up paying over $10,000 out of our own pocket for the surgery so it took a big hunk out of our savings we were not expecting. We are very slowly making it up but we will have to either find work or to cut our travels short. As we are looking at being back in WA for Christmas of 2018 we will revaluate our future then.

Our biggest expense for our budget was Adrian’s back surgery; adding that to everything else we spent on other treatments and medication, the medical column had the sum of $16,928.29 in it after the eighteen months and that is without health insurance added. Food comes in at $12,852.58 and fuel, which we though would be one of the highest amounts, came in at $6,751.47. We had allocated $200 a week for fuel but over the time we averaged about $85 a week so I have cut the amount back. We also cut back on what we allocated for van parks from $100 a week down to $60 (moving the extra money into the medical column to help budget that,) but I may have to readjust that amount as after we hit Cooktown we will be heading down the coast and there are very few bush camps we will be able to take advantage of. What we have paid so far for van parks or low cost bush camps it $4,697.91. Car maintenance was another thing that is higher that we though we would spend as we had problems with the air bags we had installed, plus there was maintenance we carried out on the car and van before we left Perth I added to the budget. The maintenance column came in at $9,970.32.   Adding personal items like phones and insurance (health and car) etc. we have spent $81,326.51 so far. When you look at the end figure it does seem to be a lot. After spending the last ten years saving every spare penny so we could quit work and travel it is a little hard to see the bank account travel down. We did rent out our house and sold all our furniture we could but we are not touching that money, we will need it to re-furniture our home when we get back. We still have ten years to wait before we can access our supper so it looks like I will have to send Adrian back out to work or win lotto (but I haven’t told him that as yet.)

One of the things I have enjoyed while I have been away has been reading the phrases on the back of people’s vans. I would like to put one on our van but it seems like all the good ones have been used and I haven’t come up with something unique yet. 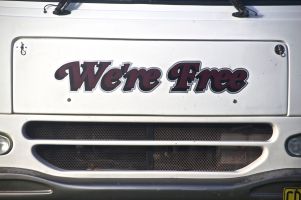 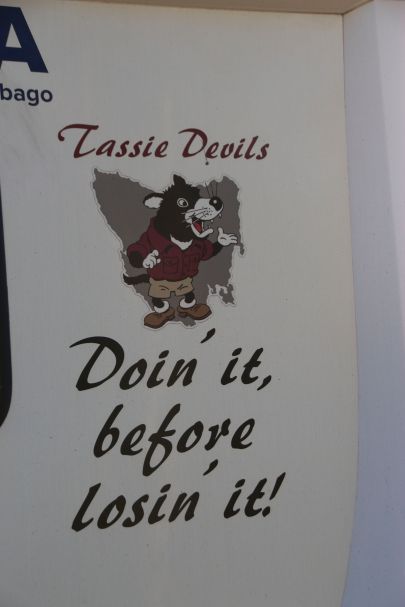 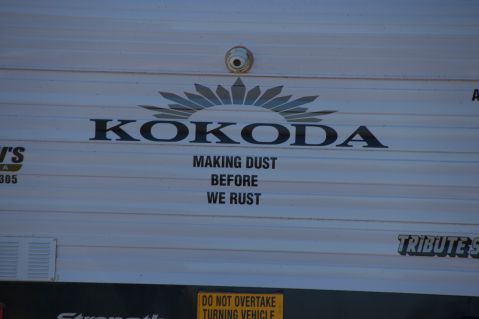 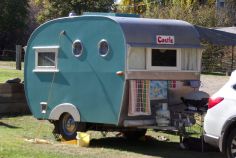 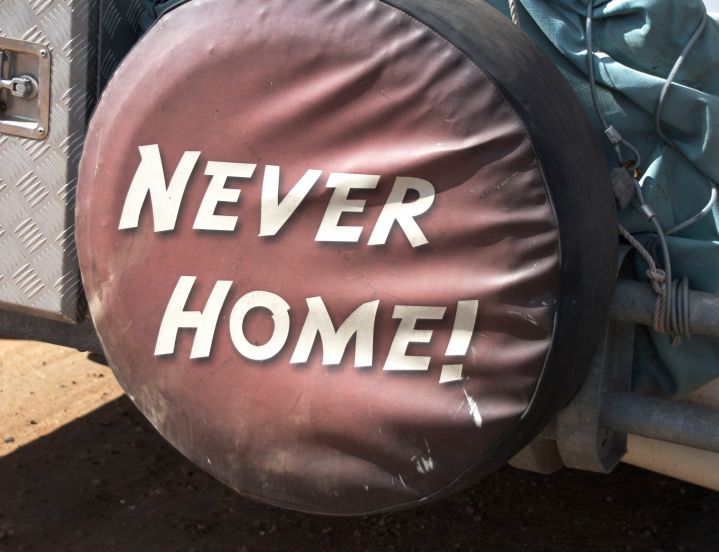