Out journey wasn’t over when we arrived. A bridge from the car park leads you to the coffee shop. The bridge is known as a time machine, as along one side are signs. Each one taking you a step back millions of years from the age of man to the age of mammals. You can see the demise of the dinosaurs and then wonder at the age of reptiles. The signs will take you right to the doorstep of man. (Yes I did read the information on the information boards.)

To help everyone understand the concept of the creation and the development of Australia there is a short talk then a short film. A curtain is drawn back and we stepped back in time to see the footprints. They are housed in a room purposely built with climate control to protect the 95 million year old footprints.

When the footprints were first discovered in 1960 it was thought chickens had made the prints. After showing the rock to people from around the town and to the local exert it was thought maybe the prints were something more important. It was decided to send a photo of the prints to the Queensland museum. The museum confirmed dinosaurs made the prints. For a long time nothing more was done as dinosaurs in Australia were rather a new thing and footprints weren’t really dinosaurs. Years later in 1971 people from the Queensland Museum and the British Museum come to have a look for Cretaceous mammals in the area. They approached the local expert who couldn’t help them find the mammals but showed them instead the prints and all things changed.

In 1976-7 a team of volunteers both from the Queensland Museum and the University of Queensland took 18 months to uncover the stampede. It wasn’t an easy job as way back then there were no real roads to the site, only a mere track. Even now only half of the road has been sealed. With the distance back to Winton being 110ks the volunteers camped on site. Once the footprints were uncovered and cleaned the scientists took a latex mould of the site. It is thought that a Theropod arrived at the river scaring the smaller two-legged dinosaurs. The smaller footprints look like they have scatted in fright and the Theropod footprint looks like it had been running. This moment in time is the only known dinosaur stampede in the world.

I didn’t think I would be so fascinated by the prints but I was. The talk continued as our guide turned on lights to highlight the different footprints. They were everywhere and each print has been catalogued. There were more than 3300 fossilised footprints before us. Amazing. Our guide pointed out the different dinosaurs that they think would have made the prints and gave us the museum version on what they think happened to leave the print frozen in time. Along the walkway were basic information signs showing what the dinosaurs looked like that made the prints and the size compared to people. 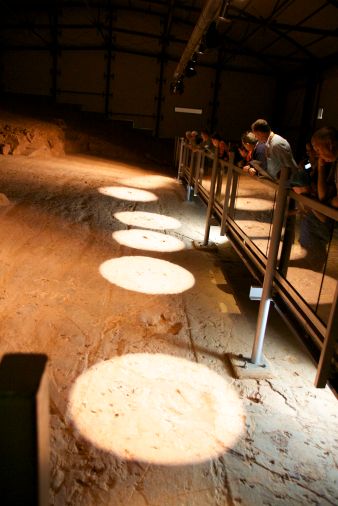 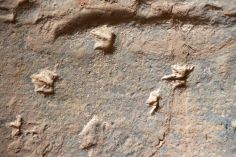 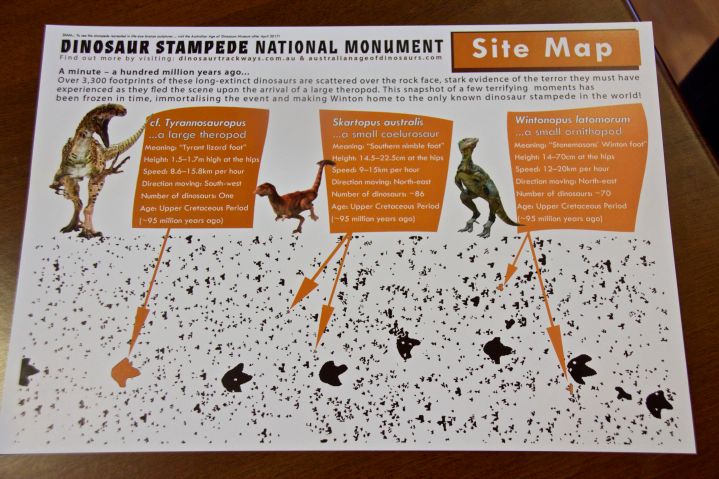 After looking at the prints we took a walk up behind the centre. There were two walks you could do. We chose the short one, which took us up to the lookout. It is a wonder how the footprints were ever found in the first place. Miles from anywhere a little dot in a vast land. Truly astonishing.

We had been given a mud map to take a different route back to Winton. The River Gum route took in lots of different sites like the Bough Shed Intersection, which is a lovely swimming and picnic spot. Or Richard Cragg’s grave, he died in 1888 and like a great many of the early pioneers he was buried where they died. The different sites were marked on a map by kms. There were 19 things to see along the way. The only problem was the first marker of the ks started at the tourist information centre. We tried to pick up the trail but with the roads un-signposted we really didn’t know where we were. We eventually found a sign post and decided to follow that. It was a nice drive even though we didn’t get to see anything on the list. 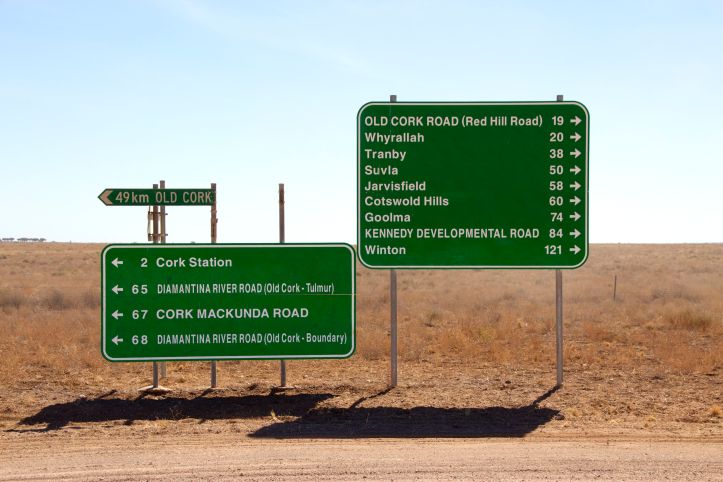 Oh we did catch lots of blue claw enough for a good feed. They are angry little crustations. Poor Adrian had to wear gloves all the time. When they latch on they don’t want to let go. 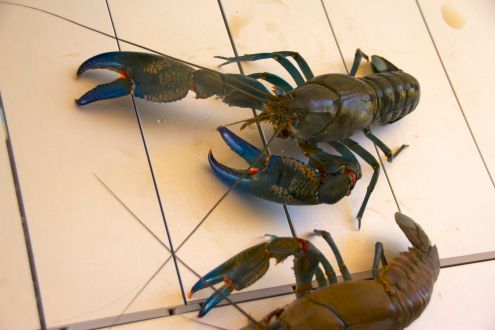 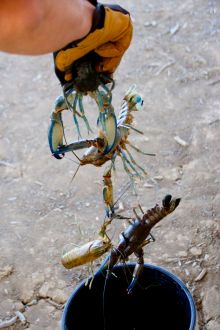 The camp was a lovely spot to stop.