We hadn’t long been on the road when we hit gravel. The dust started to swell up with each passing car. It was gravel with small sections of road interspersed. We had been on several roads like this in our travels. (One day the bitumen will all be joined up.) We were taking the back way to a station stay so the dust was part of the journey.

We had to watch what we were doing on the back road, as it was full of livestock.  They own the road or at least they think they do. The cows ambled their way in front of the car and then took their time moving off. We had to come to a stop so as not to hit any. 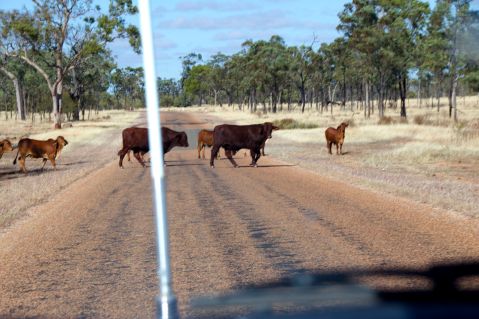 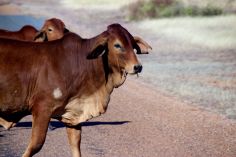 Then just to make our journey more interesting there were several kangaroos doing much the same.

The farmer had cleared an area for vans right in front of the farmhouse among the trees. We had been out of phone service for several days and when we came into range my phone beeped at me for a missed call. Something unusual for me. Most people send texts nowadays knowing we are in and out of a service areas all the time. When we had set up camp I pulled up out my phone and rang my sister back. It was a quick call for me as it was only 47 minutes. I hadn’t talked to her for a week or two.

The farm stay was a lovely spot, some old farm machinery had been set up to separate the sites and there was a large fire pit with wood supplied in the middle of the camp. 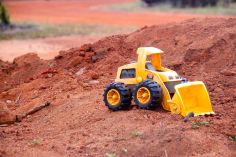 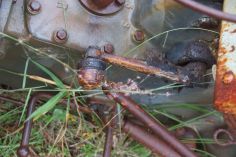 It was only $10 a night, not bad. We had arrived on pizza night. The farmers were cooking pizza, all you can eat for $18 per person. We had heard they were the best pizzas in Queensland but we didn’t participate. Instead I made an onion tart. It was the first time I had made it. Although I thought it looked good, being the first time it wasn’t the best. It did taste ok but it did need some work to make it great or I needed some more practice making it. Personally I think it needed some more work. The good thing about the tart was it was quite large so there was enough for lunch the next day. Bonus.

The farm has a walking trail, which leads down to two dams of different sizes. 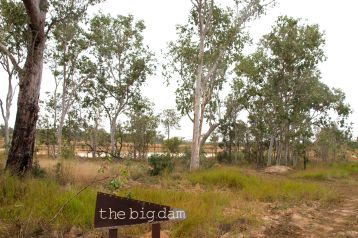 In the morning I took the walk down to the water. I had hoped to see some wild life but all I saw was the back end of a roo. Not even the odd sheep or cow. Next time. It was a nice walk first thing in the morning.