We were heading up to Cooktown, which would be as far up north as we were going to go. We could have continued further up but we had heard conflicting reports about the road conditions so we decided to give it a miss this time. We have been told that by the end of 2020 the roads to the top of Australia would all be bitumen. We can always come back and do it then. A lot of people have complained to us as we have been traveling that having the road bitumen will take the fun out of the trip and there will be no adventure left in the journey. For me I like traveling on the good old black tar. 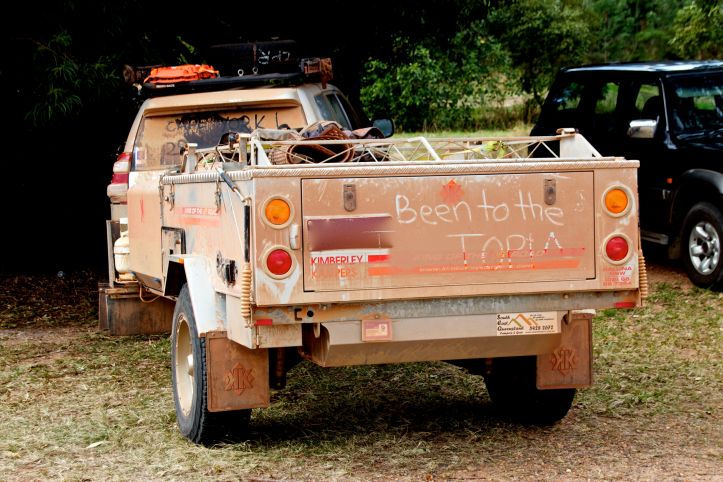 After the hills of the tablelands, the vast open spaces beside the roadside was breathtaking. There were still hills but they seemed to be spread out. I took photos form the car window as we drove along, not all of them turned out as they were too blurred. 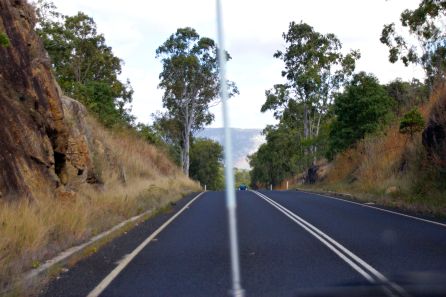 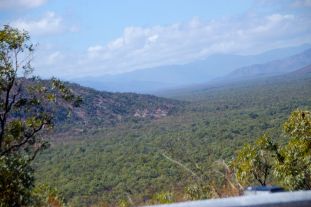 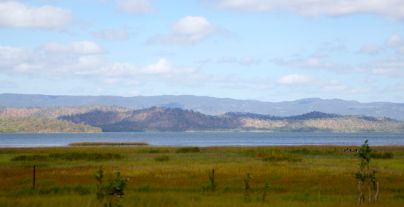 Before Cooktown is Archer Point. Fellow travellers had told us that it was a lovely spot but a bit windy.

We arrived mid afternoon and found a spot on a small hill in the lee of another hill. The wind was blowing slightly making it a lovely breeze, It had been my idea to spend the night on top of the little hill over looking the ocean. Down near the beach in a little cove were about 10 vans and I thought it would be nice to have our own space and view. The little hill beside us would give us some protection from the wind. 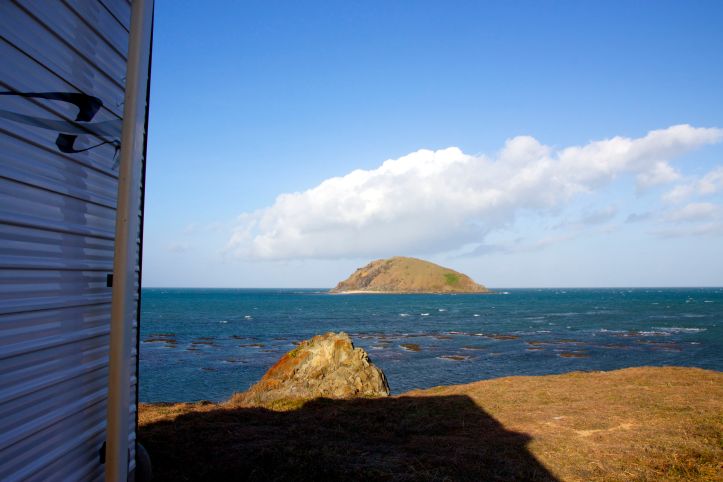 We had coffee and relaxed for a bit. It had been an interesting drive in to the camp as the road wasn’t the best being very windy and narrow.   In the early evening we decided to go for a walk along the coastline, there was almost no breeze at all.

It was beautiful sight, the turquoise blue of the sea cut with the white tops of the waves as they made their way across the water. Where else would you rather be? 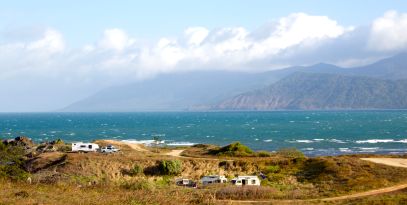 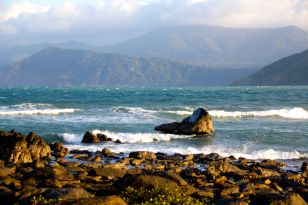 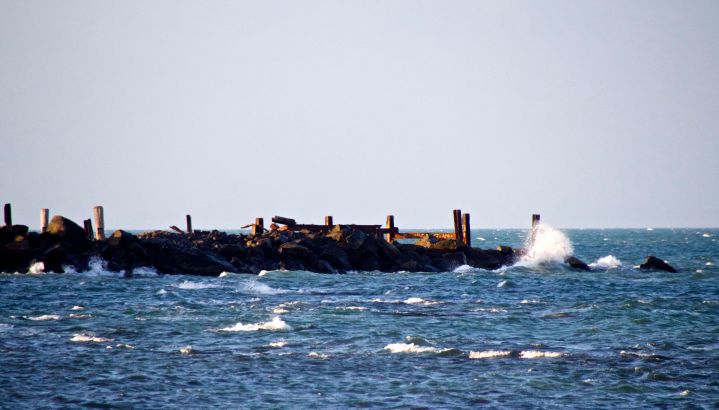 There was an old lighthouse and we did think about walking up to it but hey, it was a rest day, I think I was being lulled into a relaxed state with the soft song of the waves. 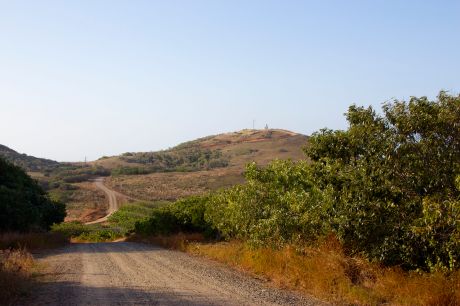 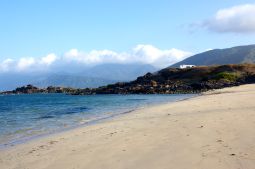 I cooked dinner and we watched a video and we didn’t really notice the wind picking up. Then we went to bed, we could hear the wind dancing around the van as we drifted off to sleep, nice and tranquil.

That drifting off to sleep thing didn’t last for long, I think the wind was waiting for us to start dreaming.   Then it started to let us know it meant business, I tossed and turned, then turned and tossed and by 2 am I had given up trying to go back to sleep. The wind was so strong the van was rocking, as we were up Adrian decided to have a look outside to make sure we still had everything attached and it was in the right place. I made some hot chocolate and we talked about packing up and moving on, by three am we tried to settle again. As we tried to drift back into slumber we again talked about packing up and leaving, the only thing stopping us was driving back down the road in the dark not the best of idea, as there were too many blind bends. Not that we thought we would meet anyone coming the other way but we might just miss a bend in the dark, so we stayed morning was only hours away.

Yes Adrian did ask me whose idea it was to park up on the hill, the wind was coming at us straight from the sea. Ok it was mine but the view was amazing.

As we were driving out the next day the local council were bringing in equipment to start working on the road. On the narrowest part of the road we met a truck carrying a bulldozer, there was just enough room for us to crawl past. The trucks kept coming. At one stage we almost came into contact with a truck when we reached a blind bend together. We had to back, back to give him room. (I don’t know why it was us doing the backing and not him. I guess the smallest vehicle yields first.) 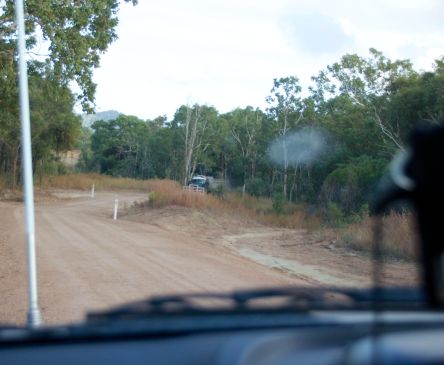 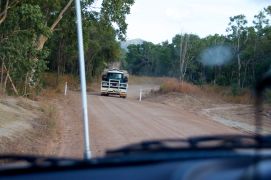 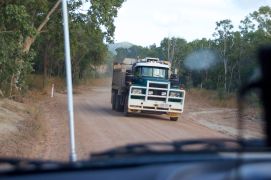