We drove down to Hervey Bay for a day and were really surprised with how large the town was. We had expected to find a sleepy little seaside village but what we found was a large thriving town.

We took a walk along the foreshore then out to the jetty. The town has several jetties and we chose the longest one to walk. (Maybe the shortest one should have a sign on it say “short one here”) The jetty was almost a kilometer long. 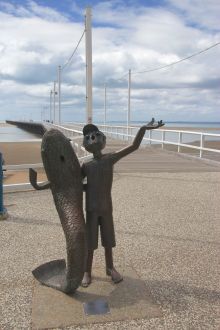 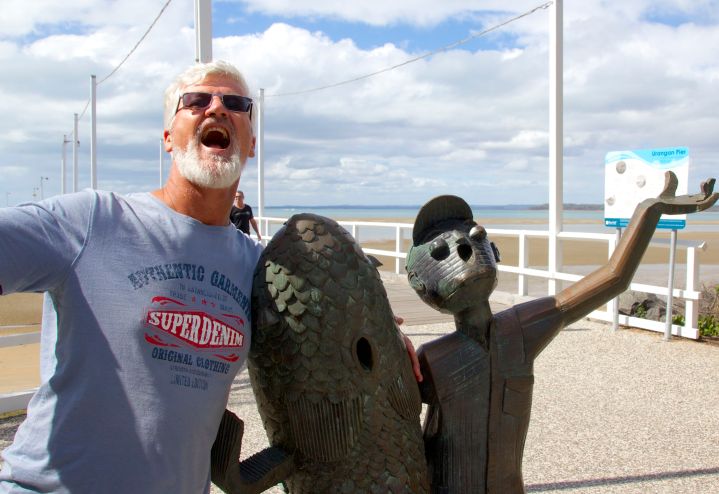 The jetty, named Urangan, first started it’s working life as a pier in 1917, exporting sugar, coal and timber. At the time it had an imposing length of 1124 meters. Soon after, two sheds were constructed at the head to hold up to 2,000 tonnes of cargo. 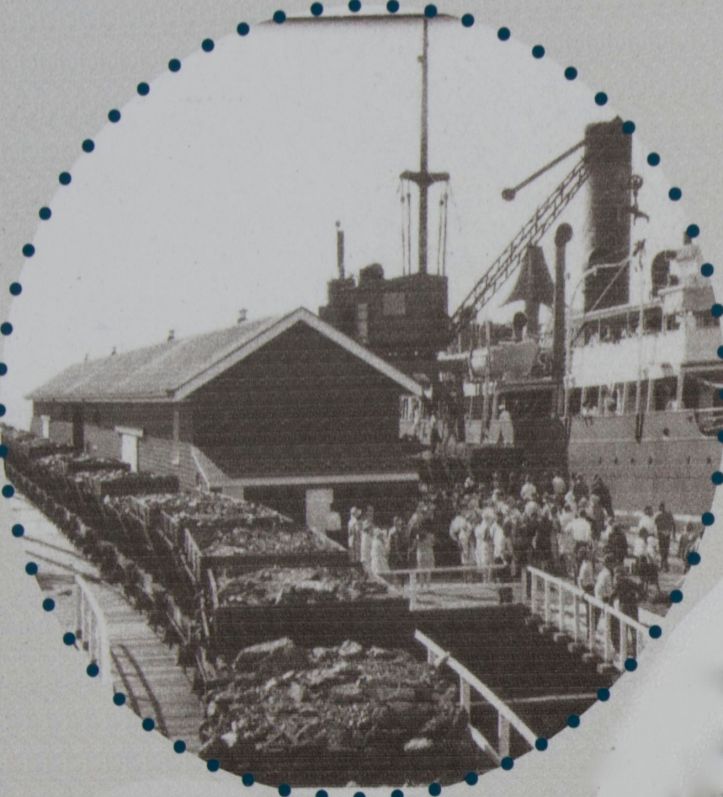 In 1920 Urangan became the first pier to test the use of a crane to help with operations and soon after it became one of the busiest coal ports on the eastern seaboard shipping out more than 100,000 tonnes of coal in a year. Over the years the cargo leaving from Urangan changed until 1980 when all exports slowed to a stop. In 1985 the pier was decommissioned and the order was given to demolish it. The work commenced on the demo but a “Save the Pier” campaign started. The decking taken from the head was used to repair some of the stem sections as it was decided to save the last 880 meters of the old pier. Lights have now been added and Urangan has a new lease on life as it has became very popular for weddings and other outdoor events.

We walked down the 100-year old pier. The tide was going out leaving behind the glittering sands. The pelicans went about their day and the seagulls tried to make friends with the fishermen on the jetty as some of them were having some luck. 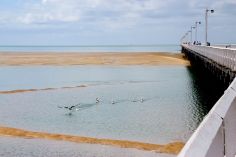 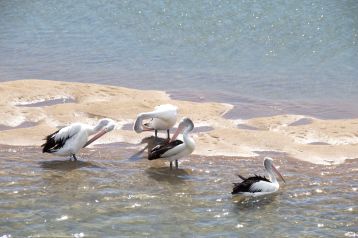 You had to watch where you were walking as not only did you have to move around the fishing rods and lines, the bait buckets and personal items of the fishermen, you had to dodge those seagulls as well. The birds would hover at eye level; you would turn your head and they would be right before your eyes. More than once I turned around to find a bird in my face. Just when I thought I got the hang of the seagulls the pelicans decided it was lunchtime and came to join the party hoping to be fed. 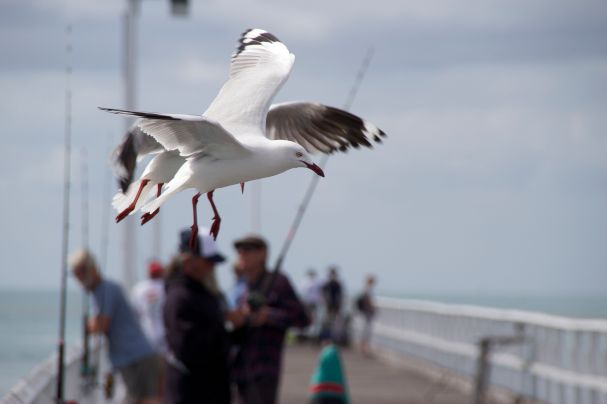 Walking back we started to notice the little crabs. They seemed to be playing follow the leader as they would all race to one spot then race off to another spot. We watched them for about 10 minutes. You would see the odd one not sure with which way to go and just stay where they were only to be over taken with the others scamping to a new spot.

From the jetty we walked along the beach. I was surprised with how busy the beach was considering there was little to no water. It looked like people were just walking around or collecting things. I don’t know what they would have collected, maybe worms. What do you collect with a long tube?

Taking advantage of the changing weather where two kite flyers. I haven’t seen anyone fly kites for years.   One kept on making the kite roll and loop. It was fun to watch. I was impressed with their skill. 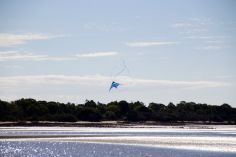 We left the beach and started to walk along the esplanade. As we walked we could smell the fresh fish and chips cooking in the little cafes along the walkway. My mouth watered with the thought. Did we indulge? No we had taken our own lunch trying to be good. We are on a diet at the moment. We have two weddings to go to next year and sitting around a caravan having happy hour doesn’t do the waistline any good. I will admit the fish and chips did smell better than my lunch. Instead we shared our grass space with the ‘bin birds’ the good old Ibis. They were everywhere. 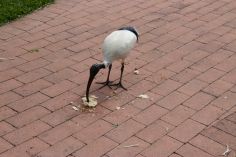