We made it into Streaky Bay for a food market day. We sat on grass eating fresh oysters over looking the bay then we moved on to abalone chowder and fresh prawns. The oysters and prawns were fantastic. I had never had abalone before. It was different. That is all I can say and it didn’t taste like chicken. 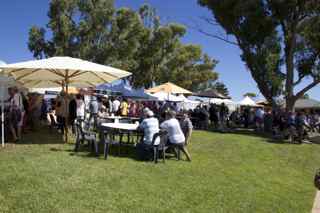 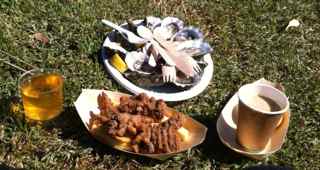 On our way back to where we were staying we took the track to Point Labatt. It is well know for its Sea Lions. We had been told people can swim with the lions; not that swimming with them was something we had planned to do. Although Point Labatt is off the beaten track a bit, a viewing platform has been built. It gives you a great view at a great distant. For some reason I had though the sea lions would have been a lot closer. To start with we didn’t see any. Then after looking for a minute or two we saw the rocks moving. Then we started to see more sea lions. There would have been about 20 sunning themselves along the rocky bay. 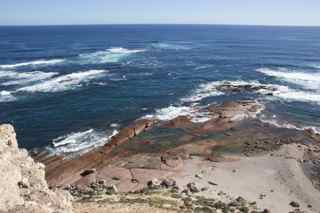 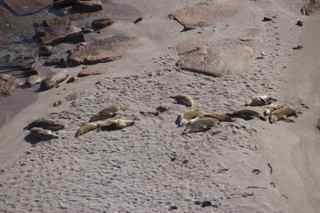 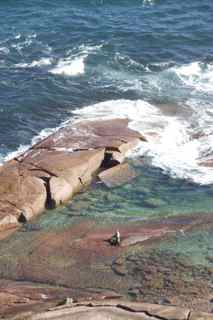 I read the information boards to learn the Australian Sea Lion were hunted to almost extinction. Although the numbers are increasing they are still on the endangered list for marine mammals. We were looking at both Australian and New Zealand Sea Lions. The New Zealand lion like the rocks and the Australian’s prefer the beach. The Point Labatt is the largest mainland breeding population of Australian Sea Lion in the world. We watched them do nothing for about half and hour. It was pretty amazing even though they just lay there.

As we watch the sea lions I noticed the waves. It surprised me but the waves went in all different directions at the same time. I have never seen it’s like before.

After the sea lions we stopped to have a look Woolshed cave. I don’t know why it was called that. Definitely worth a look. 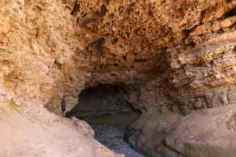 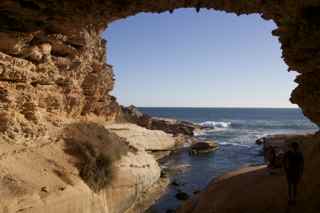 Next to the Woolshed it the Tub. One look will tell you why it is know the tub as it look like a large tub. It is between 60 and 70 feet to the bottom. While we were there bird kept flying around the bottom. It almost looked like it was lost.   You can go into it from the beach but they advice you not to incase you get caught by the high tide. 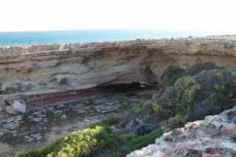