When we left Port Augusta it was overcast. We almost changed our mind about leaving. If it was going to rain we might be stuck in the caravan until it cleared. I thought it would be better to be stuck in Port Augusta with phone and TV reception than to be stuck out someplace with none. Adrian assured me it wasn’t going to be so bad. A little bit of rain that was all.

On our way we stopped to have a look at Quorn. We discovered Quorn had a Turkish Field Gun. It was captured in 1917 by the 4th Australian Light House Brigade and is one of only three such guns in Australia. Wow. 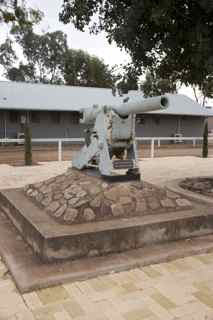 Quorn better know for the Pichi Richi railway line. The Pichi Richi is a heritage train that runs through the Flinders Ranges. They say the ancient landscape will unfold before your very eyes with a beauty that will take your breath away. That sound like something I would wont to see. 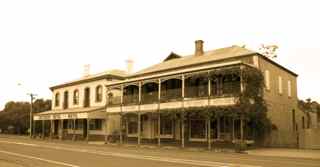