As we wanted to arrive into Coober Pedy early we stopped at Hutchison Memorial camp. The camp is only 12 k out of the town. Like so many bush camps there was nothing there. We stopped at one of the few trees for the site, hoping for a little shade. Although we saw other vans off into the distance it was like we were alone. 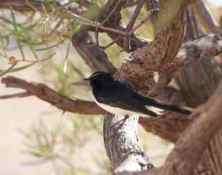 The Hutchison Memorial is where in 1915 Bill who was about 14 at the time, discovered opals when he was looking for water. It would have been a good day for him; mind you at that time, the water would have been more of an impressive find than the opal. Bill and his father with a group of other men were on their way to the gold fields at the time. The men had gone looking for water and left Bill back at camp. The men didn’t find any water.