We pulled in late in the afternoon and set up. As it was our second time at the Pebbles we didn’t bother going for a walk. Straight away I put up the aerial.   Last time at the Pebbles we could get TV. This time, nothing. Noooooo. Adrian heard me cry out. “Ok don’t worry I will fix it.’ Happy smiles from me. Adrian borrowed a ladder from one of the other vanners so he could check the aerial and everything seemed fine. Smile gone again. New TV? No not yet. Adrian also checked all the wires and the plug. The plug for the booster was loose. Smile back on my face. TV. We don’t often get TV so when we do I enjoy it. Yes I know there is nothing good on TV to watch anyway but that is beside the point.

The next day we took a look at the old telegraph station. We hadn’t taken the time to stop and have a look the first time we stopped at the Pebbles. The station was part of the line that ran from Port Augusta to Darwin. It was one of eleven repeater stations. On completion of the line a message sent from Adelaide to England would arrive in about 7 hours. So different from today.

Even though the telegraph operator could talk to the world it would have been a lonely life stuck in the middle of nowhere. No wonder the station was used for other things. It became a haven for travellers, a post office and ration depot for the local people. (Tennant Creek grew only after gold was discovered in the 1930s.) It became a staging camp for the army in World War Two. By 1951 the station was leased to a local grazier who used one room for a butcher shop. The station went back to the Northern Territory in 1986 and it is now managed for conservation and education and is listed in the Heritage Resister.

To be a telegraph operator you needed to understand morse code which was rather a new thing for the time as it was invented in 1838 (new things didn’t travel very fast way back then.) A good operator could transmit about 25 to 30 words a minute. A Dot was a short pulse of electric current and a dash was a longer pulse, which was sent down the line. Operators developed their own style a bit like handwriting and other operators could recognize each other by their styles.

At the other end was a sounder. It moved up and down with the electric pulses to make the sound. The dot gave a short time between two clicks and a dash gave a longer time. 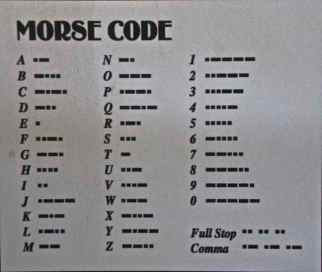 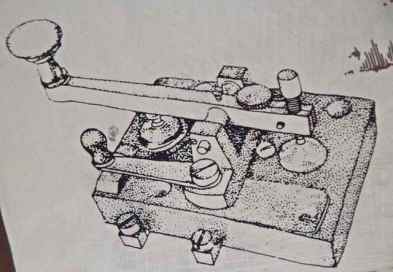 It is an impressive site it boasts a smoking house and a cellar along with a blacksmith shop and accommodation for the travelers and workers. We had thought it would be a stop just for a quick look but we were there for hours reading everything and having a good look. Ok it didn’t have the hologram the Alice Spring station had but I was impressed just the same. I was surprised with how clean everything was. Someone has putt a lot of work into the up keep of the site. Well done Tennant Creek. 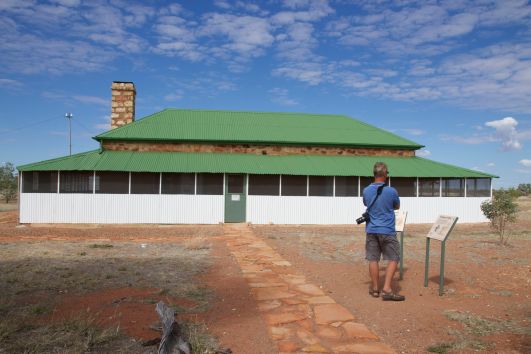 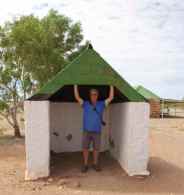 Mary -Ann Dam was on our way into town so we did the detour thing. It was pretty. The dam was named after a mine in the area and the mine was named after the daughters of one of the mine owners. Great pity there was no camping allowed. It would have made a great spot. 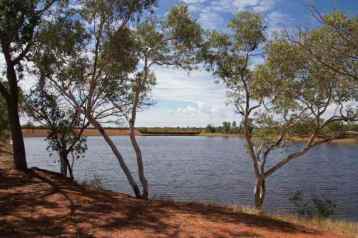 Then it was into Tennant Creak for shopping and then back to the van and another fantastic sunset. Not as many colours as Longreach water hole but still good. 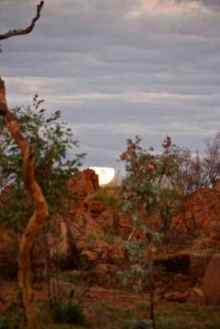