We walked around for a while looking at the city before ending up at the Manchester Cathedral. What an impressive building. 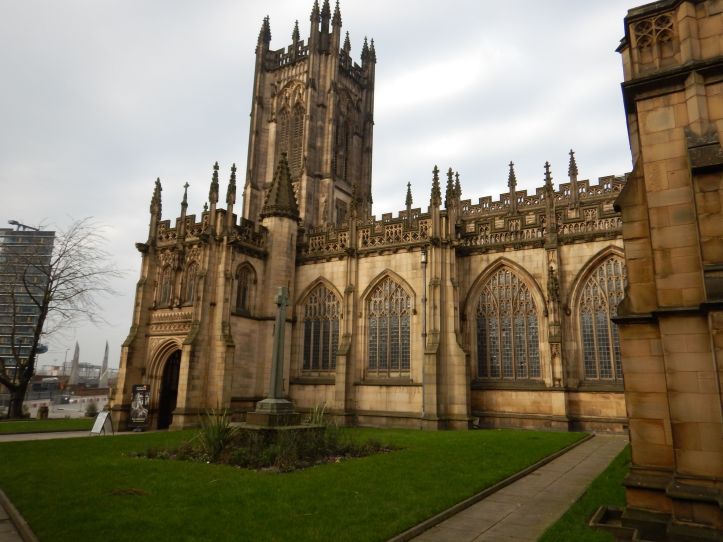 How do I describe this old building? You are greeted with some lovely flower filled gates as you start to walk into the Cathedral. Once inside you are locked in another time long past with the ceiling rising to the heavens. Stained glass windows reflecting rainbow colours down to all mortals while angels look down, from high up on the walls. 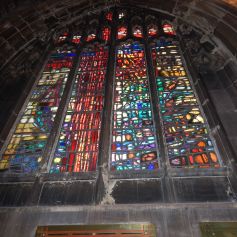 In just 4 years time the Cathedral will celebrate it’s 600th year anniversary. Permission from Henry V was given in 1421 for a church to be built. It wasn’t until 1847 the church was declared a Cathedral. What is the difference between a Church and a Cathedral? Basically, apart from the size, a Bishop instead of a Priest runs it.  Although not all parts of the Cathedral dates back to 1421 you can see the passing of time reflecting back at you in many ways.

Recently the Cathedral has given up a long held secret. When work was being undertaken to install a new organ wonderful angels playing on mediaeval musical instrument were found, hidden in the ceiling for centuries. The work was stopped and photos were taken before the organ was installed. The photos are now on display. It is interesting that the angels weren’t found sooner as the Cathedral was almost demolished in World War 2 after an enemy raid on 22nd December 1940. 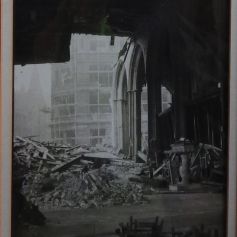 As we walked around we noticed little areas around the outer edges seeming to be set aside, like small chapels. These areas are called Chantry Chapels. They were built to house special altars where priests were paid by wealthy local families to offer regular prayers both for the souls of the departed and the welfare of the living. There were 8 founded and endowed between 1310 and 1523 in the Manchester Cathedral. The chantry chapels were abolished in 1546 and the most of the walls partitioning them were also removed. 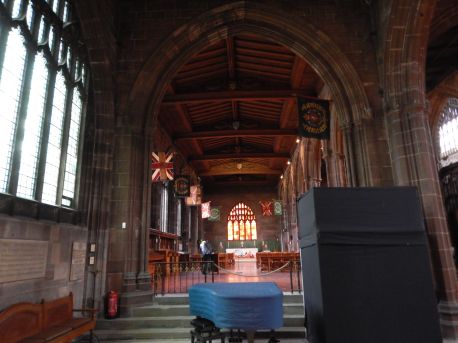 Scatted around the building are statues. I wish I could tell you more about them, as I am sure the people were important but in my travels I have lost the pamphlet about the Cathedral. 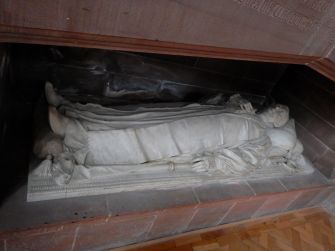 Probably the most impressive part of the Cathedral is where the choir sits (the Quire.) You walk though the pulpitum, (double timber screen walls.) They are all    magnificently carved and so is almost everything else in this area. 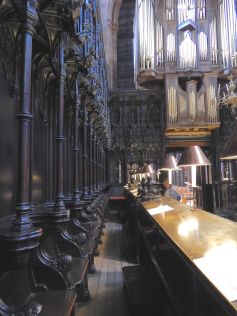 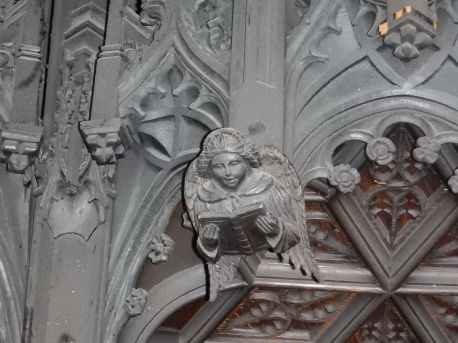 In 1509 the Warden Stanley had the choir stalls fitted with fine misericords. For all us every day people, misericords are just carved folding seats: the decoration is on the underside of the seat so when the person stands it act as a shelf to support them during a long period of singing or prayers. (Between you and me a misericord it is also a medieval dagger used for the mercy stroke to a wounded foe as well.)

Even Australia gets mentioned in the quire. In honour of Bishop Moorhouse, who came from Australia, Kangaroos were added. To start with I thought the kangaroos were part of the tapestry work done on the kneeling cushions. 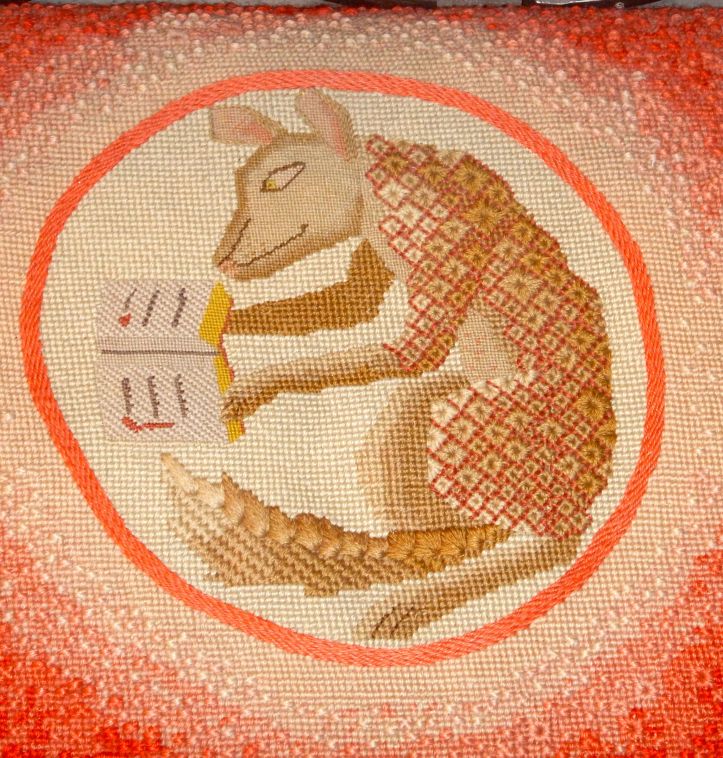 Ok you had to use your imagination a bit or a lot. I pointed the animal out to Adrian and he gave me one of his looks. “That’s not a kangaroo.” “It might be.” “In whose world?” said with a smile. “The kangaroos are here.” Adrian showed me some carving on the Bishops chair. Ok I had to agree with him they did look more like kangaroos than the tapestry work I had spotted. 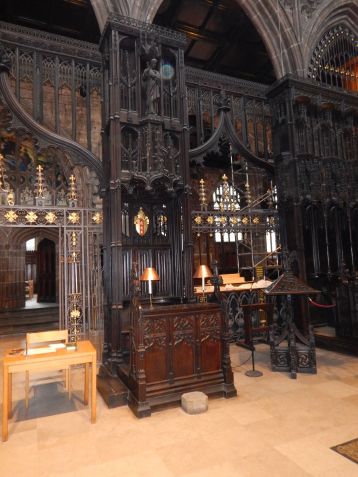 We walked around for about 2 hours looking at every nook and cranny. It was all so interesting. Being an Australian walking into a building almost 600 years old is mind blowing.   I would have a guess and say the oldest building in Australia would be Captain Cook’s cottage. It was brought over from England so maybe it doesn’t really count.

As we were leaving the Cathedral there was a sign thanking everyone for their support. It also told us that the cost to run the cathedral was £2,880 a day.   The sign then went on telling everyone how they could donate by “TextGiving.” Subtle. I like that.

We left though a different entrance and had to orientate ourselves with where we were. It was getting late so we decided to head back to the train station.

Our path lead us past the town hall. The building is still in use today. It is such a young building compared to the Cathedral as building started in 1868 and finished nine years later. It is a Victorian Neo-gothic municipal building. (I am impressed with that even though I don’t understand it.) For some reason when the building was finished Queen Victoria refused to attend the opening and sent Abel Heywood instead.

We were only allowed to walk though the main hall of the ground floor. We were happy with that.