After our great day in Manchester we decided to do something different. Not far from where my stepdaughter lives (which was only about a 5 minutes drive from where we were staying) was a cemetery.   We drove to my stepdaughter’s house and parked up. We then walked to the cemetery for a look. The cemetery seemed to have two churches attached to it. One looked like it was still in use but the other one looked abandoned which was sad, as it looked to have been a grand old church.

We walked around looking at the gravestones. No grave we saw was over 250 years. (Some may have been older but the information has long been dissolved with age from the headstones.) We wondered why and thought may be the cemetery was only about 250 years old. We were in Sale (which is only about 8 ½ k from Manchester.) There have been people in the area since the stone age. An interesting thing is around the 4th century hoards of roman coins were discovered in the area so we were expecting something older. Maybe it was the cost. I know to be buried in a cemetery was very exceptive in old time England, hence many graves were loaded up with family members. To make it cheaper there was a time when you could rent a grave. After about 5 years your bones would have been dug up and given back to the family. Mmmm nice. 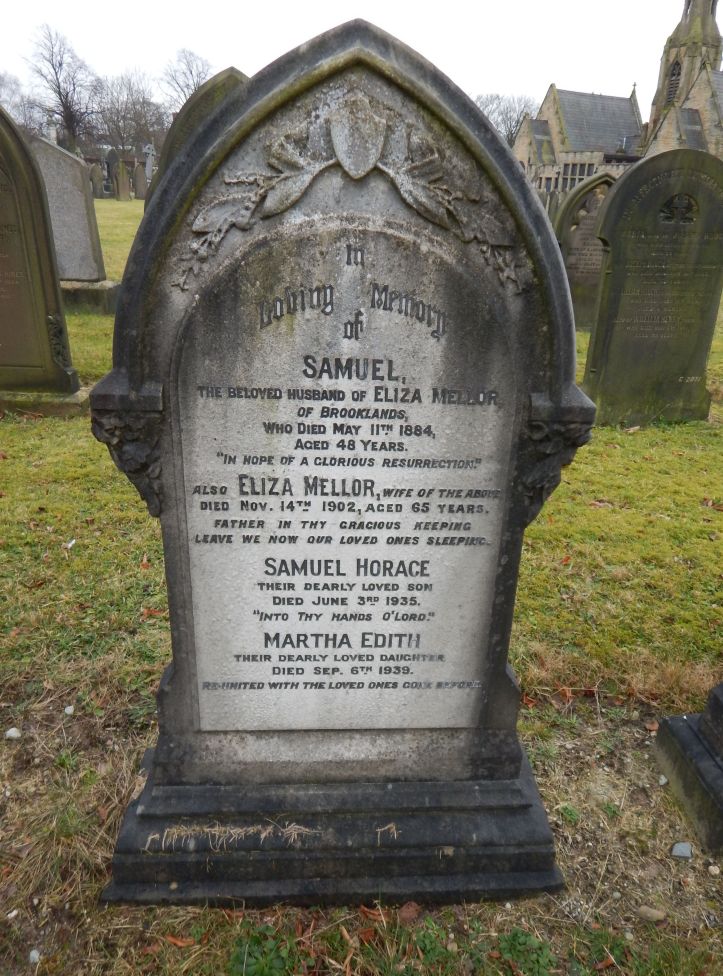 We did see the grave of Jane, wife of James B Bond. Yes we did stop and think for a moment. 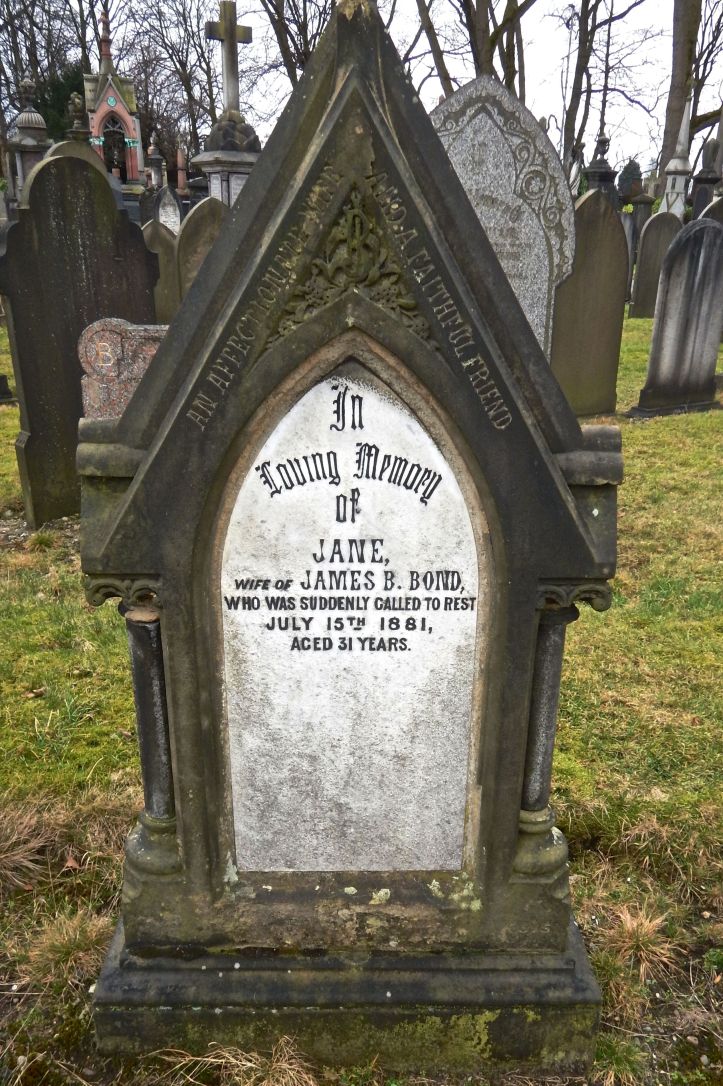 After walking around the cemetery I asked Adrian how his back was going. All was good so we started to walk down to the canal.

The canal has a life of it’s own. Not only was it filled with water birds but also there is a community of canal boats. Like any neighborhood there were some nicely painted boats and some not so nicely painted ones. We talked about how nice it would be to travel England in a canal boat. A caravan without wheels. 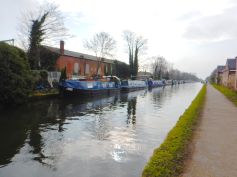 The canal, lead us into the shopping area of Sale.

After our long walk we stopped for coffee. As we walked over the bridge we saw an old train station house, which had been converted into a coffee shop. The King’s Ransom. It looked good to us. It was filled with several different rooms all leading into each other. We placed our order then found a seat by the window. One of the seats was made out of two old suitcases. I like that. It wasn’t very comfortable but it did look good. 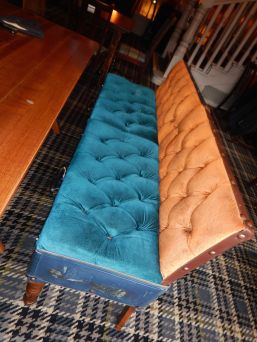 After relaxing for the afternoon we walked back past the canal boats. Living in a van our conversation turned to question like “where do they get their water from?” “How do they get rid of their waste?” And power, there didn’t seem to be any lines linking the boat to civilisation. All these questions and more we asked each other as we made our way back.