We pulled it for a break at Mulga Creek Pub. Just for something different there were parking meters out the front, right in the best parking spots. Yes I was a little surprised until I read the sign. All money raised from the meters goes to the Royal Flying Doctors. What a fun way to raise money. You don’t mind paying for parking when it is going to such a good cause.

The pub was like most of the pubs far from anywhere. Each has a charm all of their own, and generally it is connected with something hanging from the ceiling. 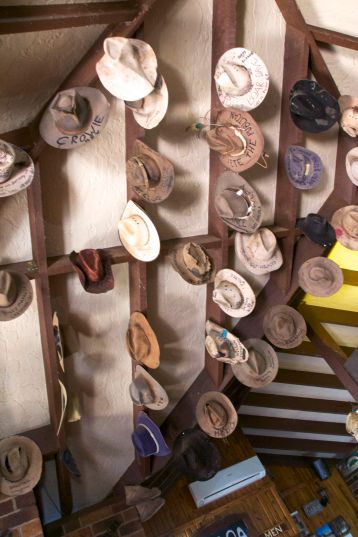 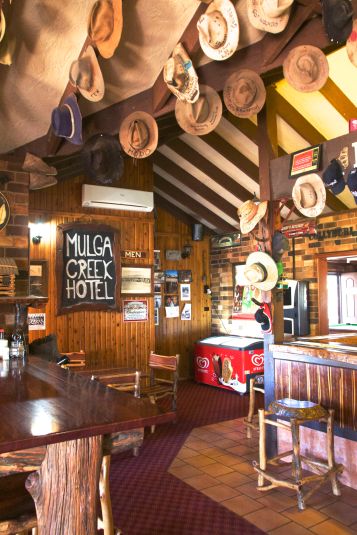 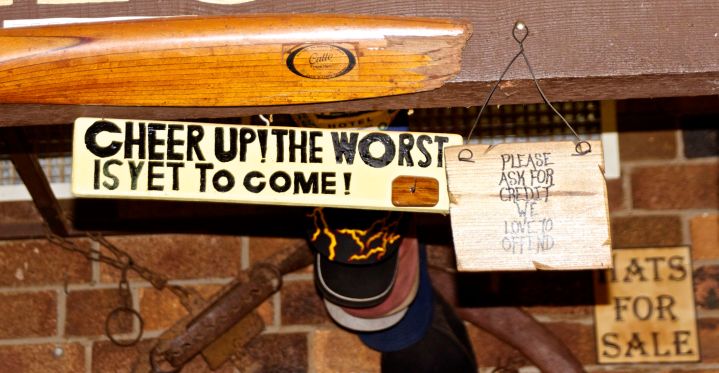 What made Mulga Creek Pub so different from some we have seen is a room off to one side.   The room is dedicated to local military men. Each of the four walls was filled with a tribute to the lives of so many men. 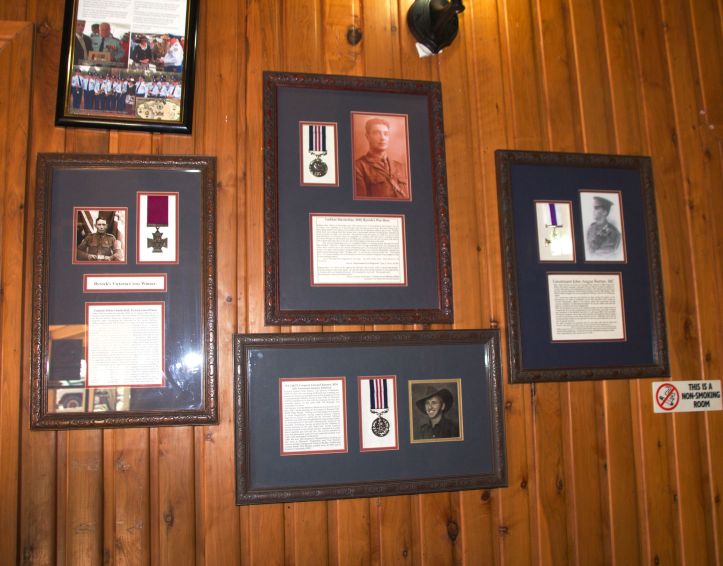 Brave men like Corporal Arthur Charles Hall who enlisted in the AIF at Dubbo in 1916. He was allotted to the 54th Battalion, which he joined on the Western Front in February 1917. When he returning to his unit after recovering from a wound he was promoted to Lance Corporal. Hall received his Victoria Cross because single-handedly he rushed a machine-gun post. He killed 4 of the occupants and captured 15 others as well as 2 machine-guns. He regrouped with a small party of his men and together continued to advance ahead of his company. The party were able to locate, assault and capture many small groups of the enemy’s men and their machine-guns. He wasn’t done with just helping the unit to advance, the next day; during a heavy barrage, Hall carried a critically wounded comrade to safety.

King George V decorated Hall in 1919. Hall went on to serve his country again as a lieutenant in the 5th Garrison Battalion between 1939 and 1943. After both wars he went back to farming. His VC is on display in the Hall of Valour at the Australian War Memorial. (A duplicate of his medal sits beside his photo at the pub.) 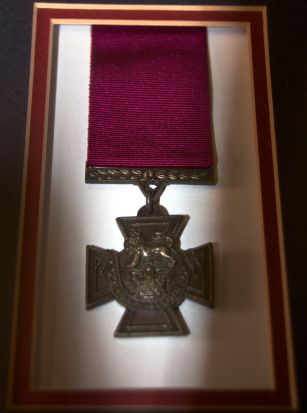 Or there was Noel Charles Ephrian Day. He clamed he was a ‘Byrock bushman, too tough to die.’ Day was taken prisoner in Java and was imprisoned in Changi before being forced to work on the Thai-Burma Railway. He was then one of the 1319 British and Australian POWs loaded aboard the ‘Rakuyo Maru’ to sail to Japan to work in industry. The boat was torpedoed and sunk by the USS Growler. After four days adrift at sea, without food or water, covered in oil from the sinking vessel the survivors just 23 in all were spotted and rescued. After he regained his health Day was discharged from the airforce. He returned home where he lived out his life. 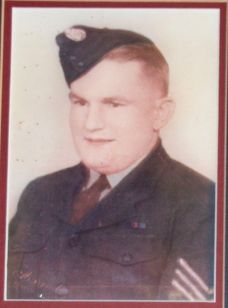 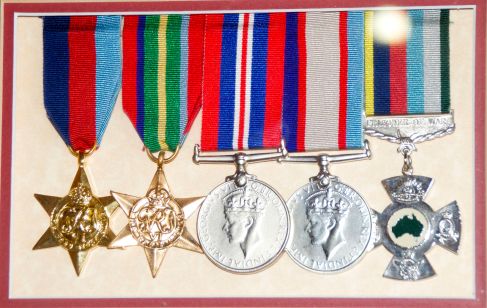 I could go on and on about the other local heroes that decorated the walls. I was so blown away with what I was reading. The bravery of the men, spanning over so many years (from the Bore War to the Vietnam War up to the present day conflicts) in one room was all inspiriting. I was really pleased we stopped and found a gem of Australian history.