Our next stop wasn’t far. We had been warned about Rocky Creek being packed as well. It is a large area and when we arrived it was about half full.

We did the set up camp thing then headed off to Tinaroo Dam. The dam was built to capture the water of the Barron River which, would otherwise flow to the sea. It was the first large dam in Queensland to be constructed to save water for irrigation. It is set over 320,000 acres and if full could hold up to 90,000 million gallons of water.

We had talked about staying at the dam but after driving there we knew our van would not have liked the roads. I think even a pop-top camper would have had a problem. Not that the roads into the dam were bad they were just up and down and while you were going up and down it was also around and around. We were pleased we didn’t try when we saw the notice advising that vans were not allowed into the park. 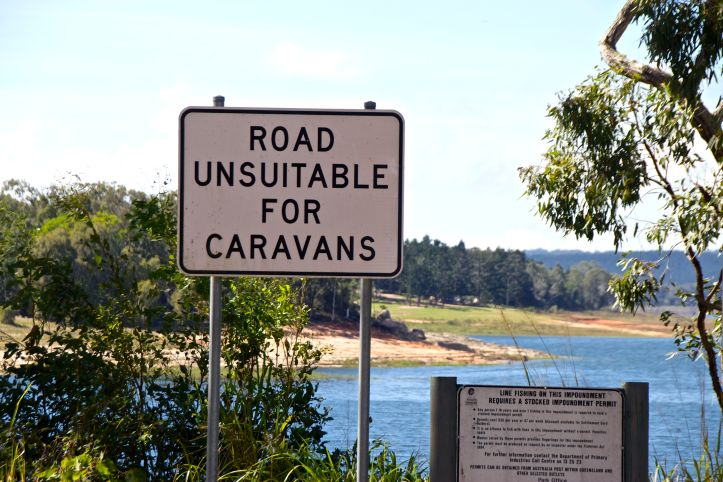 We stopped at one of the picnic spots set beside the water, which seemed to be very low. We took a walk around the shoreline it was still a lovely spot.

Our next stop was at the bottom of the dam. It wasn’t releasing any water so from that aspect it was a bit boring but to stand at the base at look up that was impressive. 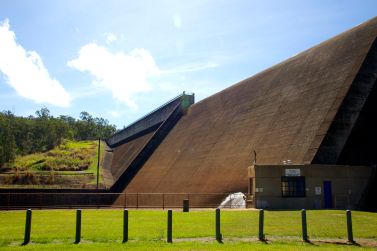 We made our way to the top of the dam the water levels were defiantly low. We would have liked to take a walk along the dam wall but it was closed off. 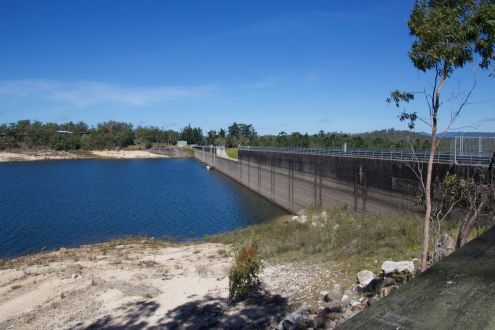 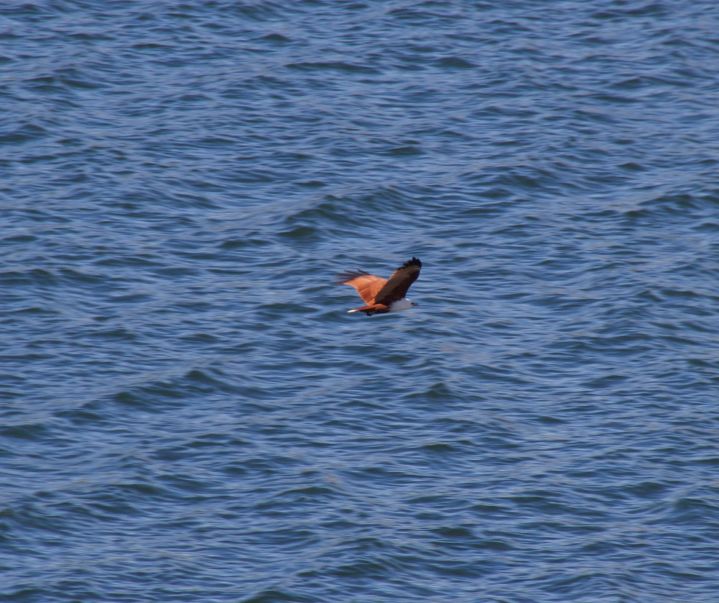 We met a couple that told us they had been at the dam 30 years ago. They had camped with two young children in a tent. They told us it was a magical time as the dam had overflowed, I guess it would have been. I have only seen one dam overflow and it was a magnificent sight, it just brings home the power of the water.

The area is pretty magical. The Danbulla National Park is part of the Wet Tropic world Heritage Area as it houses a vast array of different plants and animals. Some of the animals are rare or endangered and found nowhere else in the world. The forest is thought to be one of the oldest continuously surviving rainforest on this planet. This is especially amazing as areas of the forest were logged for a time.

The Australian troops trained in the forest as part of their jungle training for WWII. When they moved out of the area it declined, it wasn’t until the area was dammed in 1958 that life started to come back. (The dam opening up farming opportunities.) 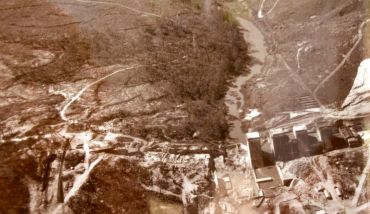 We drove on to one of the campgrounds. It was nicely set out on several levels and lovely and green, not a caravan in sight. It was the first time I was envious of someone with a camper trailer. 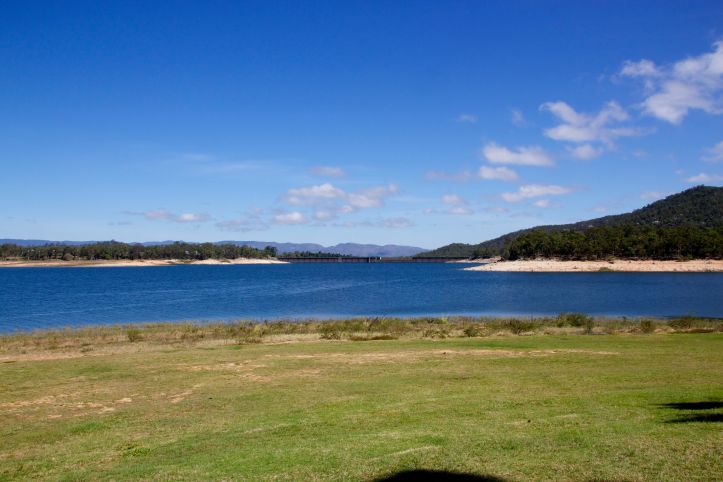 We went to the lookout, which sat high on a rock cliff. It was a little disappointing as you could only see trees, nice trees but just trees. I had thought we would get a good view of the dam. We did notice some rings attached to the rocks so I assume they do abseiling down the rock front. Maybe it wasn’t a lookout after all. 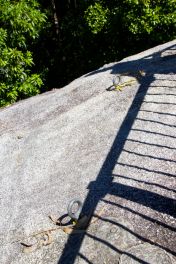 Last time we were in the area we missed the Peanut factory located on the highway, this time we stopped. Australia produces about 50,000 tonnes of peanuts in any one season. I read the information board and found out the Chinese first started to grow the peanuts in Cooktown in the 1870’s and by the 1930’s the industry was established on the Atherton Tablelands. The Tablelands now have about 60 growers producing about 10,000 tonnes a year, boasting of the best peanuts in the world. We as Aussies munch our way though almost all of those peanuts consuming about 50,000 tonnes a year. (I am sure someone is eating my share.) Interesting fact, that during 1940 the peanuts were made into a fabric called Ardil. The fabric could be woven like wool and helped out with the shortage of wool caused by WWII. It was all set to became part of everyday life but the high cost of manufacturing made it unviable and manufacturing ceased in 1957. (There is a sample of the fabric in the Powerhouse Museum in Sydney.)

We all know peanuts can be made into other things as well. Like oil and at one stage the oil was thought to replace diesel fuel again because of WWII.   The oil was also on the list of ingredients in the making of Dynamite, you guessed it WWII.

We indulged in some butterscotch and vanilla coated peanuts and some peanut ice cream. I liked the ice cream but wasn’t overly happy with the peanuts. They were a little too sweet for me as they really only tasted of sugar.