The farm stay was just out of Yeppoon. We did have a little problem finding the place, as the farm wasn’t signposted. We drove past then had to find a place to turn round and headed back. Luckily we only went about 10k out of our way.

The camping area is very small with only enough room for about 10 vans at a time. Before we could get into the camping paddock, which is behind the farmhouse we had to take our side mirrors (which we attached to the car’s mirrors,) off so we could fit through the gate. (It was my turn to drive. I always seem to get the fun stuff when I am behind the wheel.)

The park is a working farm, with the owners breeding and selling miniature horses and goats.   Most of the horses are housed in a paddock near the house with some of the favourites permitted to wander around. It was the first time we had to watch out for livestock when we have parked up the van.

We were in the middle of setting everything up when the owner came to make sure we were settling in ok and had everything we needed. She gave me some eggs and cherry tomatoes apologising as she handed the eggs over that the hen had gone off the lay and she only had ½ a dozen to give to me. I told her the eggs and tomatoes were a great bonus so I was more than happy with the gift.

I had only just closed the door when there was another knock. It was the next-door neighbour telling us it was happy hour. We gathered our drinks and chairs and headed out. We were told the owners would normally come and have drink with everyone but they had gone out.   It was left up to the guests to get the kids ready for bed by feeding them and putting on their PJs. Being a working farm there is always plenty of things to do, like brushing the horses down or feeding the animals and the owners are more than happy for the guests to help out. 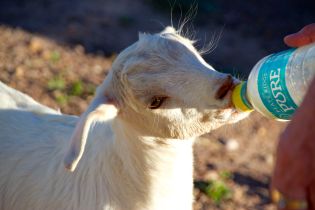 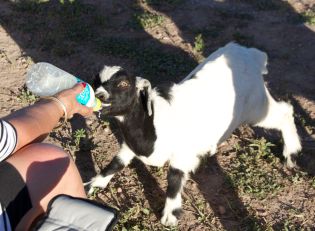 The kids were full of life and wanted to play. They bounced around for a bit. 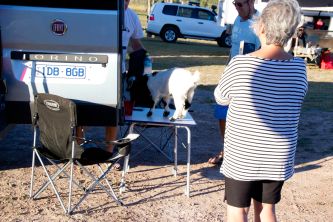 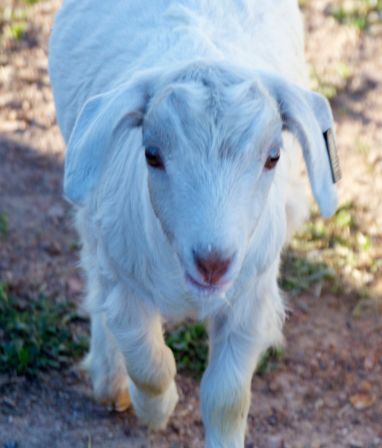 Then it was bedtime for them. It was funny trying to put the PJs onto the little darlings. Not matter what type of baby, they all seem to know how to wriggle and these kids wriggled a lot. I just took photos and left everything else to everyone else. I’m not silly. 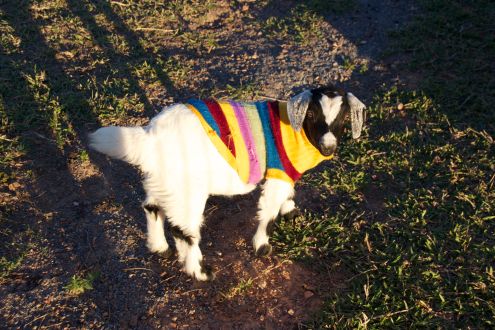 Then it was off to bed with them. They were not happy about that and of course they protested for about half an hour.   Some of the women wanted to go get them out and give them a cuddle again but the men stood firm. The little ones eventually became quiet and went to sleep.

Although the farm stay has been going for a year it is still in the process of being developed. On the second night when the owners came for happy hour, they asked us what we thought of the place and how we thought they could improve the place. The answer from most of the men was to build a fire pit. (If ever we get back there I am sure we will find one.) The owner has added a portable one-bedroom house to the campground. It was supposed to be for a manager but that just hasn’t happened. Instead the house has been turned into a camp kitchen and ablution block. Although the stay is for fully contained vans it is always nice to have that little bit extra room sometimes.

The day we were going to leave I went for a walk down to the pond. It was a lovely start to the day. The horses were in the fields just waking up and the sun was starting it’s day casting sunshine over everything. 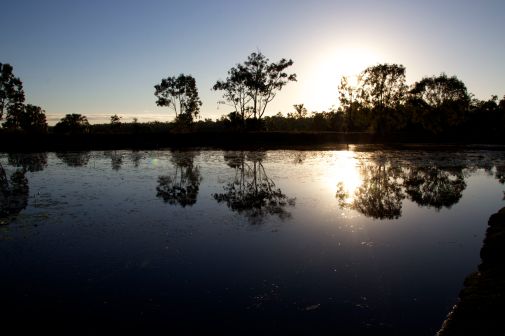 Ducks lined the banks, still in slumber. They were not happy with me disturbing their morning. Within minutes they were all gone.

The horse kept an eye on me as I wandered around. I was on the verge of going back to the van for breakfast when I met up with one of the owners. She was making her first check of the horses. I started to walk with her.   She knew each of them by name and she told me the story of some of the horses.   I could understand why the farm wasn’t making allot of money. They only sold the horses in pairs as they are a herd animal and don’t do well on their own. They also have a buy back scheme to make sure the horses are well looked after. Some of the horses that were sold are now back home again waiting for new homes.

By the time we arrived back the kids were up and bouncing around their pen. They are so fun to watch.

We loved the farm and would have stayed longer if we had the time.