We used Junabel as a base to Emu Point and Yeppoon.

We had been told to have a look at the Anzac Memorial at Emu Point.   A sculpture of marching soldiers dominates a courtyard. The sculpture is based on Frank Hurley’s photo taken at the Western Front (near Hodge, Belgium.) The day was 5th October 1917 and the photo shows sixteen Australians from the 1st Anzac Division infantry troops. They were on their way to the front-line to relieve their comrades. (Frank Hurley was also an official photographer during WW11.) 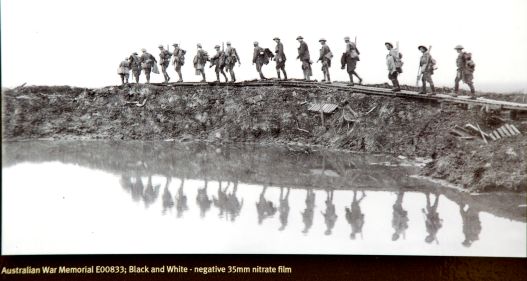 Around the courtyard Rosemary had been planted. (According to ancient lore rosemary is associated with enhanced memory and it is a tradition to wear a sprig of rosemary on our lapel on Anzac Day.) Gallipoli Pines have also been planted as a backdrop to the sculpture. Glimpses of the foreshore behind the courtyard help to remind everyone of the Gallipoli landing.

We walked down to the foreshore. Overlooking the bay is a glass painting based on David Rowlands work “The Spirit – Gallipoli Landing 1915.” It as been installed so that an average adult standing before it can line up the horizon to view what the landing may have looked like on the day. I was very impressed with the painting and how it worked, sadly though I doubt it comes anywhere close to what was happening on that day. 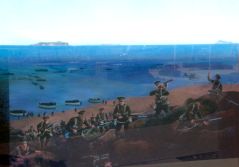 From the shoreline we walked up to the open gallery. 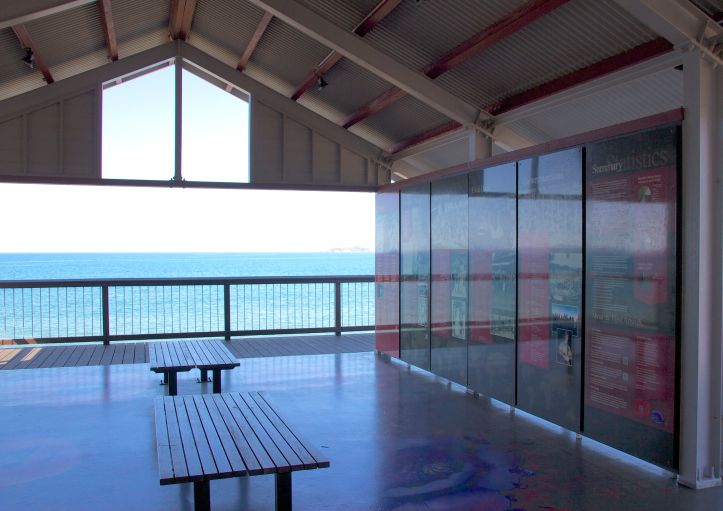 The walls were filled with personal stores and photos. 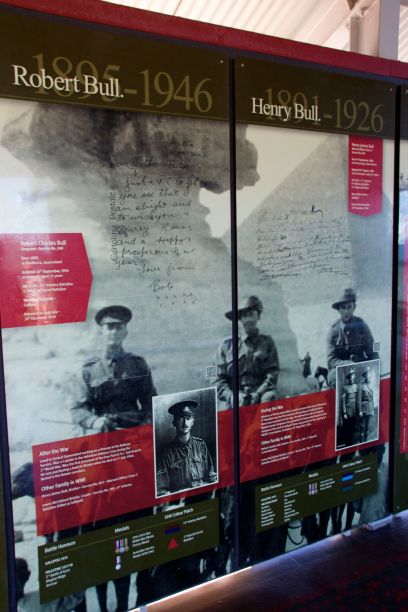 At the time of World War 1 the new country of Australia had a population of only 4.9 million. About 40% (around 420,000+) of our young men, between 18 and 44 enlisted to defend not only Australia but also the mother country of England. Australia suffered one of the highest casualty rates of any country with the number of dead topping 64%. Of the 300,000 Australian men who served on the Western Front, 46,000 didn’t come home. Another 134,000 were wounded or captured making WW1 the most tragic war Australia has even taken part in to this day. The total deaths exceed all other conflicts Australia has taken part in put together.

Red poppies started to grow in the battlefields of France and Belgium after peace was declared. They are now a symbol of remembrance. The floor was decorated with poppies. The Red flowers are for the men and women who didn’t come home. (The poppies were first sold on 11/11/1921, Armistice Day. Over the years the money raised has gone to helping the families who have lost a loved one because of conflict.)

The Purple flowers are for the animals. The pigeons and dogs who carried important messages and the horses, camels, donkeys and mules for carrying not only people but food and water along with medical supplies and in doing so saved many lives. 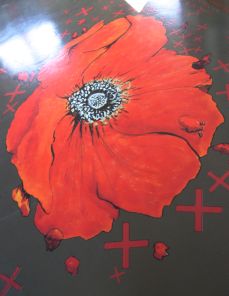 We continued on the Anzac Memorial Walk. Along the walkway are reminders of the different battles the Anzac’s took part in. There were so many. Behind the reminders, on the hill, stood silhouette sculptures of the men from Frank’s photo. What a lovely tribute to the local men and women of the area and to all Anzac’s. Well done Emu Point.

The pathway continued on and led up to the top of the hill to the singing ship dedicated to Captain Cook. The ship sings when the wind blows through the cords. I guess it is like a big harp. It wasn’t windy the day we were there so the sails were silent. 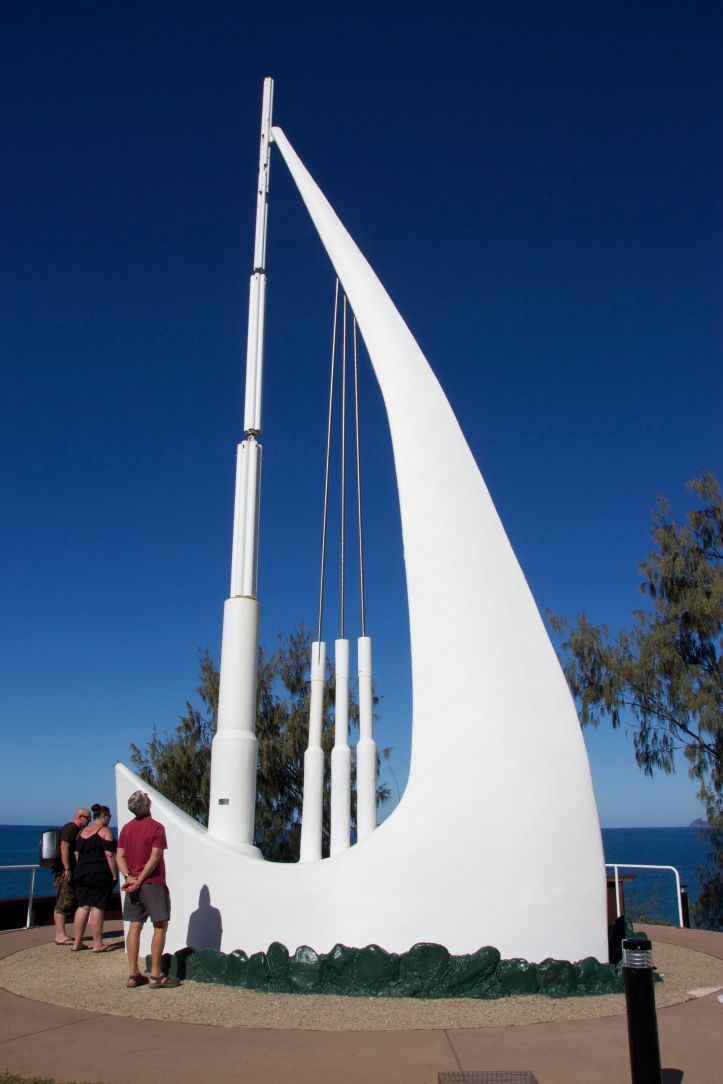