By mid morning we pulled into Calliope River bush camp. The camp is set beside the river although you are not on the river. There is a large drop down to the water from the campground but still the bank was the most popular spot to be. The view was still amazing. We were only going to stay one night so for us it wasn’t really important where we parked. As the park was busy we were happy with any spot. 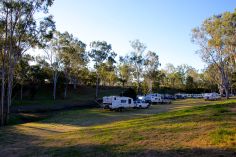 The camp is divided into two campgrounds, split by the river. On our side it was lovely grassed area. On the other side it was mainly sand. It looked like there were just as many people over that side as there were on ours. Why would you want to camp on a dusty sand pit when you could have a lovely grassed area? Fire!! On the other side of the river you could have your open fires and there are some people who just can’t go without one. We are not big on fires so would take grass over fire any day.

We did a walk around, going over to the other side. It wasn’t as bad as it looked from our side of the river. The water looked lovely and inviting but no one was swimming. Warning sign’s were everywhere. 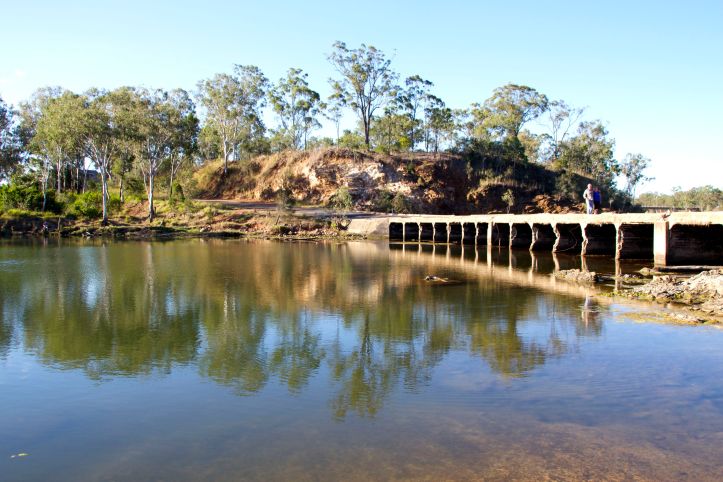 We walked up to the History Village, which was up a hill and in front of the camp, but it was closed. Outside the front is a GPS Mark. It was placed there to celebrate 150 years of surveying in the area. Back in the good old days who would have thought most of us would have a GPS unit in most cars, which uses a constellation of up to 24+ satellites which orbit the earth twice a day and at any one time you could have 3 or more satellites talking to your GPS just so you don’t get lost. 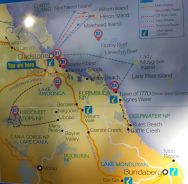 The next morning the fog was thick. We had a late breakfast (manly because I was out taking photos) and left after the fog had lifted. 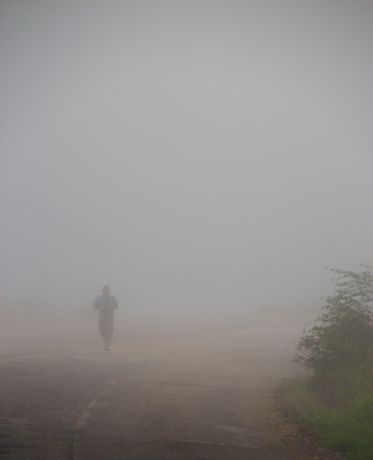 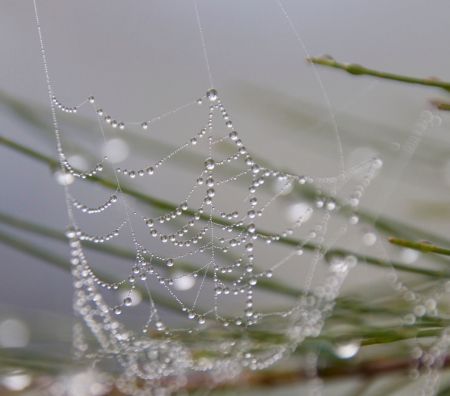 We were low on water after we had left Calliope River so pulled into a parking bay on our way to Bundaberg. We had been told we could get water there. It was an overnight stopover and offered lots of shade and water taps. Only problem with the water taps was you couldn’t attach a hose to one. We saw a vanner fill a bucket of water then pour it into the van water tanks, only to repeat the process.

We are too lazy for that. Instead we let the water run into a bucket then using a small pump we pumped the water out of the bucket and straight into the tanks. We didn’t want the water to over flow the bucket but we couldn’t let the water level drop so the pump didn’t have enough water to pump with. By the time we got the flow just right we were full. We had a few of the other vanners who had stopped as well look at us. Yep we are the smart once. 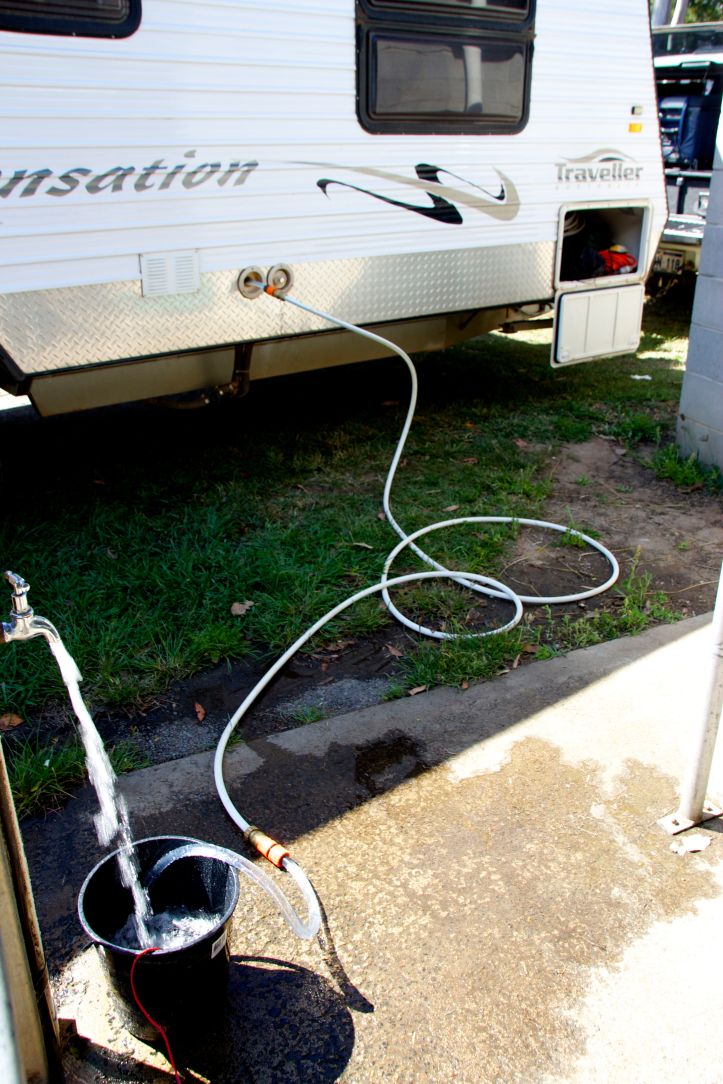 On our way to Bundaberg we played trivia. There are signs up along the road asking questions and then about two ks down the road another sign gives you the answer. We have played several times but we are not very good at it as the questions are related to the surrounding areas.