It seemed like we were going back over old ground as our next stop was back at Fairleigh Reserve bush camp just outside of Cowra. We were on our way down to Canberra and Fairleigh is a lovely spot why not stop there again.   We really are at the start of slowly heading home.

We had thought the camp would be busy but when we arrived there was only one other van plus a man and his dog with a pushbike and a bedroll. By the end of the day another two vans arrived and a car but we still had plenty of room.

As we were driving to Cowra, it was down steep, windy hills into the land of the yellow fields. 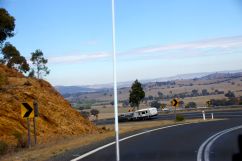 The fields were filled with yellow canola flowers and an amazing sight. A lot of people stopped to take photos. I would have liked to join them but it’s not so easy with a van so I had to be content in taking photos from the car window. 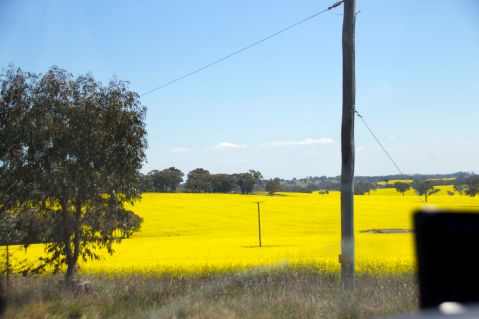 Not all of my photos worked out.

We didn’t do much at Fairleigh either just laze around or went for walks. On one of our walks we walked past one of the yellow fields. Yep I was happy I could take my photos after all. I took so many photos Adrian shook his head and asked me why I needed so many. I keep trying for that wow factor I told him and when I get it I will stop. He gave me a look that told me I would be taking photos for the rest of my life. Ha ha, I hope so. 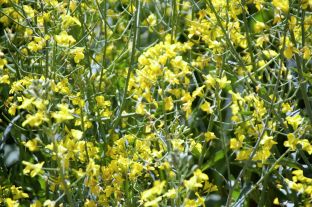 Not all of the flowers were yellow. We did see a poppy. When I think it was a poppy. It was a lovely red. Our next stop being Canberra the War Memorial was going to be our first stop to visit it crossed my mind to pick it to place at the memorial. I didn’t. 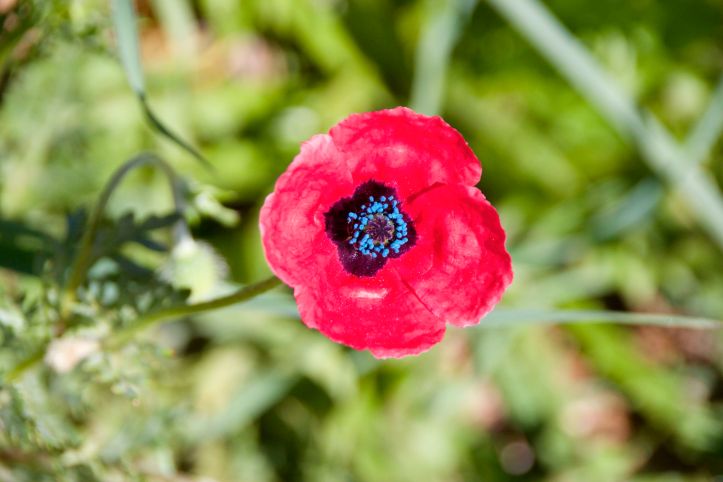 It was nice to sit back and do nothing again. We always seem to be on the move. We get to a place and race around trying to see everything then move on to the next spot to do the same thing. We have been on the road for over a year and we have seen so much and yet we have seen almost nothing of what Australia has to show us.