From the tomb of the Unknown Solder we made our way into the museum. It was amazing. One of the first things I saw as I entered was the dedication to Peace and Peacekeeping. Australian has taken part in over 60 peacekeeping missions since September 1947 when the first observers were deployed. Fourteen Australians have lost their lives “in the service of peace.”

I then turned to see one of the boats used in the landing of Gallipoli. I lived in England for a time and on one Anzac day I read in the paper “They went to war thinking they were the sons and daughters of England. They went home knowing they were Australians.” That was close to 25 years ago and the quote still rings an impression for me. Gallipoli did make a big impact on Australia.

At the time of the First World War Australia was still a young country with most of her population of just over five million coming from European extraction. Although Australia stood on its own as a nation the country still remained a dominion of The British Empire. So when Britain declared war Australia was automatically committed. Volunteers were called for and having those strong ties to Britain the men of Australia and New Zealand answered the call.

The first troops left from Albany, Western Australian on 1 November 1914. Ten ships came from New Zealand. Together with the Australian ships they waited in three lines in the harbour to be loaded with supplies and men. The ships left in single file taking most of the day to leave the harbour.

“A most glorious and historic sight was witnessed. The Anzacs.”

Two ships from Fremantle met with the rest of the fleet on the 3rd November. Bringing the total to 41, (28 from Australia, 10 from New Zealand and 3 war ships for protection.) Aboard the troupe ships were 20,000 Australian soldiers, 10,000 New Zealand soldiers, 2,000 sailors, 8,000 horses and a number of mascots, mostly being dogs but there were some kangaroos as well. The holds of the ships were packed full with supplies. Hammocks were stung up across the decks to cater for all of the men. It was the largest convoy ever sent from the Antipodes. (John Simpson was on one of the ships that left from Fremantle.)

The departure had been kept hush hush in Australia. It was only reported in the local Western Australian paper on 20th November.

It wasn’t all easy sailing for the fleet. Bad weather had delayed their departure and this continued on through the journey. HMAS Pioneer was forced to leave the convoy after heavy seas caused damage to her foretopmast. The sheer number of men brought its own problem. Illness made its way through the ranks of men with several dying from pneumonia. They were buried at see.

Most of the men ended up in Egypt where they were given extra training. The older soldiers among the ranks were familiar with the training. It was right out of the old British textbooks. This was going to be a different war where the standard rifle with bayonet and signalling with flags were not going to be enough. The men were entering a war where machine-guns, grenades and mortars would be used.

There was so much to read. I had to take a step back and look around. Everything was well set out with exhibitions and 3D battle displays. 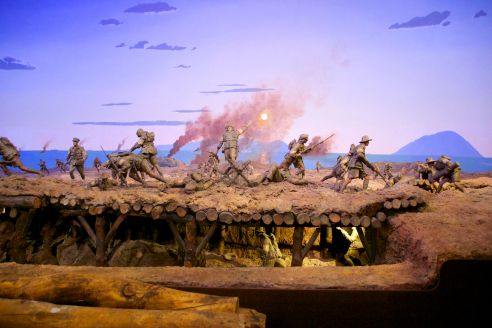 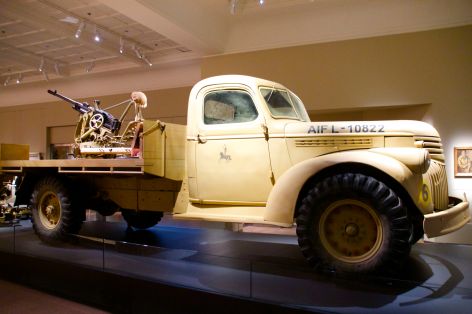 There were so many different items on display, like the letter sent home to a loving sister in 1915 written on an army biscuit. It does look a little like it would crumble at any moment but it has survived all this time. Amazing.

Or Private Robert Hartley’s watch. He was the first man to land at Anzac Cove. The watch was in his trouser pocket and was ruined as he made the leap from the boat into the icy waters. The watch stoped at 4.43 am freezing the moment forever in time.

There were light boxes with more information. The only problem with that was there was only one at each station and it was busy. (I am not very good at waiting my turn.)

Some of the items on display had been captured though battles like the Turkish guns or the 82 Kubelwagen and German planes. 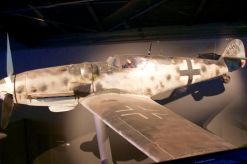 Some items reflected the everyday life of the men, like the trench chess set made by Private Angus Atkinson. He used both allies and Turkish pistol and rifle ammunition to make the pieces. Or the blanket croched by Corporal Austin Cooke. With a crochet hook make out of a toothbrush handle and wool from worn-out knitted garments he made the blanket whilst he was a prisoner of war in Teschen (now Czech Republic) to beat the cold weather. 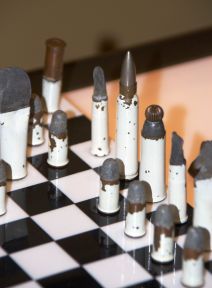 The museum was very large with different sections for the different conflicts. We took a break for lunch and then returned to read and see more. Some of the displays were so life like it sent a shiver down my spine. Others brought a tear to my eye. Oh whom am I kidding? The whole day had made me misty eyed. In our travels we had visited the local war museum in the different country towns and always found them interesting but non had moved me like this one.

On display is a British steel helmet. It had been left to mark an unknown soldier killed in battle around Bullecourt. In some small way the war is still going on. Families are still looking for their loved ones that have never returned. In 2009 250 bodies (mostly Australians) were recovered, yet there are thousands still, that have not been found.

Across one wall there is a Telegram. A tribute to all those who have not returned.

We left the main building and walked around the outside displays. They were just as impressive. 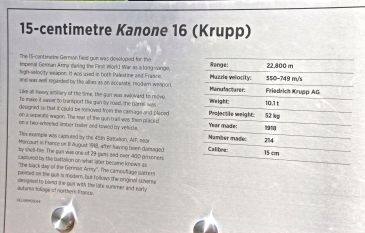 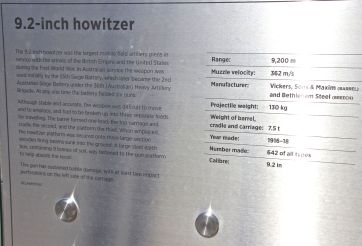