After we had returned the key to the jail back to the tourist information centre we took a look at the local pub. They have some lovely painting on the walls of the building telling the story of the town. From the arrival of the first settlers.

To the floods of 1853 and the rescue of the town people. 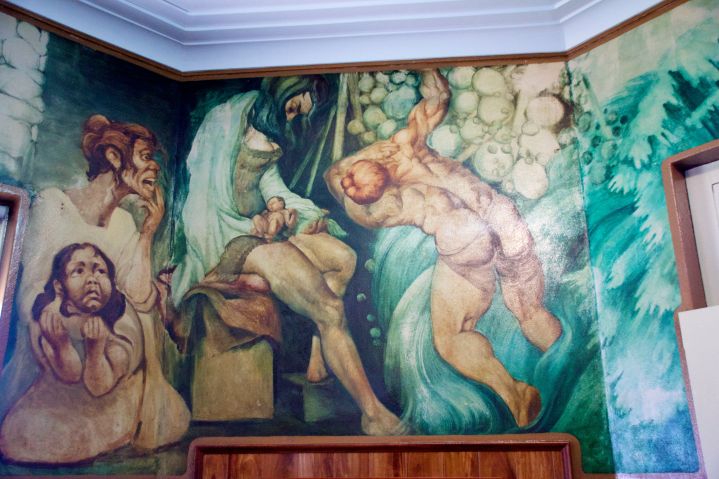 And of course the bushrangers. 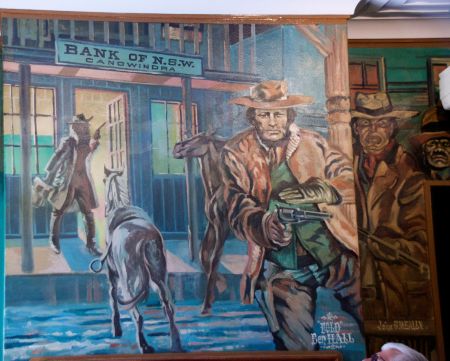 We knew a little about the flooding when we read the information boards at Prince Alfred Bridge. The main part of the flood took place at what the locals called “The Crossing Place.” People from the local Wiradijuri tribe had warned the new settlers about the risk of flooding in the area. Most of the people didn’t heed their warning and build their homes and businesses on the banks of the Murrumbidgee River.

In 1852 on June 24th the water of the Murrumbidgee River started to rise. By nightfall the water had flooded the small township drowning more than a third of the 250 people. No one knows for sure how many travellers were also washed away along with the locals. It is estimated to be about 10. More people would have drowned except for the bravery of the men from the Wiradijuri tribe. Yarri and Jacky Jacky along with Long Jimmy, spent the wild night in their hollowed out bark canoe carrying more than 40 of the 68 people to safety from trees and rooftops. The next morning revealed the devastation. Along with the loss of life there was 71 buildings destroyed. A new town was eventually built again but this time high up out of the flood zone.

The men were honoured with a medal for their bravery that night and for their efforts in saving so many lives. Along with the medal they were allowed to demand sixpence from all Gundagai residents. Sadly Long Jimmy died soon after the floods; it is though from being exposed to the freezing cold and wet conditions. (The medal now sits in the Gundagai museum.)

A bronze sculpture of Yarri and Jacky Jacky was unveiled in the main street of Gundagai in 2017.

We also took a look at the old railway station. It was built in 1886, high up the side of a hill. The line connected the town to Cootamundra 52 kilometres away then continued on, eventually to reach Sydney. The railway station was Gundagai’s main link to the rest of NSW up until 1984. The station was eventually closed in 1990. The long platform, which at one stage was the longest timber railway station in NSW, was bulldozed. It was thought the station itself would be demolished as well but the town people under the banner of Gundagai Historic Bridges Incorporated obtained a 25yr lease and started a restoration project. They have done a good job, as now it is a small museum. 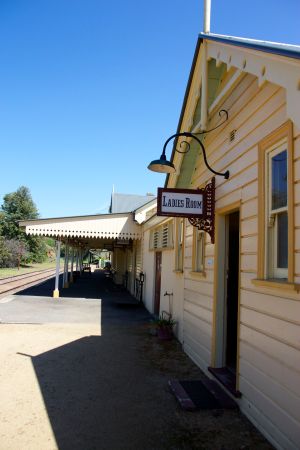 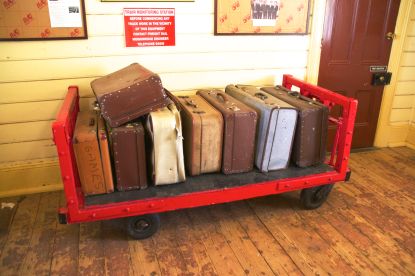