After Cozy Corner we went to Wellstead Bush Camp. There isn’t that must here. I had thought we had made a wrong turn when we pulled into a paddock. It is a new site and at the moment it like someone has just cleared a paddock. The more self-sufficient you are the better it is. There is a small room with a toilet (flushing) and a shower but at the moment there is just the one. It cost $10 a night for the van. We were the only ones there for both nights. Wellstead is a small town. The English would call it a “Village” It really had only one street but it can boast of a new rec. center. In front of the rec. center there is a dump point and drinking water. This really surprised us.

After setting up camp we drove down to Cape Riche, 18 km on a dirt road. (It was well graded.) Cape Riche is a well-protected bay and is suppose to be good for fishing. Not that we fish. The beach was inviting with white sand and blue water. Rocks surround the beach on both sides. We spent about 2 hours walking on the beach or clambering over the rocks. What is it about a beach that make you feel tranquil just by walking along its shores.   This beach defiantly had that effect on us. There is only a small caravan park there. They charge $9 per person. We were told it would take big rigs but I couldn’t see that happening. 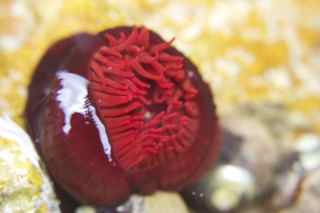