There is a lovely arcade of flowers next to an art gallery for local artists, some of the art had made its way outside into the restrooms with a note saying if you would like to buy any item to take the money into the gallery. Trusting. 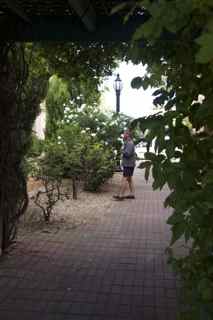 Like every seaside town it had a jetty. We took a walk up and around. A shop was offering fresh oysters and we were temped didn’t buy any. I took a photo of a sign and Adrian asked why. Because I thought it was funny. You could make up so many interpretations of the sign if you had imagination. 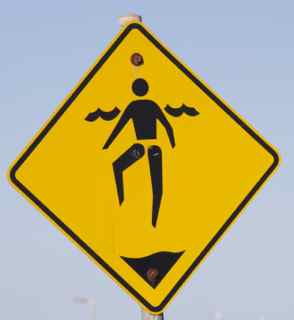 (What it really means is deep water but where is the fun in that?)

Adrian didn’t laughing at my joke (it is ok I am use too it.) We stopped for a drink at the local pub. It was about 4 pm and the locals started to arrive. One of the nice things about country town is the people are friendly. As most of the people past us they would give us a nod of acknowledgment. Nice.

As we were driving back to the bush camp we past a black stump with a plaque. The next day we had a look at the black stump. It seems it was a New Year prank. The black stump was placed between 2 pubs with a sign saying, “Best pub this side of the black stump.” The town decided to keep the stump and relocate it to where it now as a tribute to the pioneers that cleared the land. I like that idea of fun. 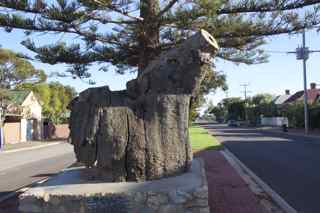 In the afternoon Adrian started to talk to some of the other people in the camp. A couple had heard you could get some razor fish of the shore and wanted to give it a try. Adrian said he would like to go as well. The 4 of us headed off at about 3pm. The couple had never gone razor fishing before so with our large extensive knowledge of razor fishing we filled them in. To start with we didn’t have much luck and we were almost ready to give up with the few we had when we hit on the mother load. You really had to watch were we stepped at there was always another fish. The other couple took their lot to the shore and we were coming along behind when Adrian decided to stop where we were, knee deep in water and shell the fish. We made quick work of it and it was a lot less to carry to the shore. We caught up with the other couple to see how they had fared. He had taken a rock to the fish to smash the shell. Adrian showed them how to knock the bottom off and cut the muscle. “Boy that make it easier.” We had a great feed of the razor fish for the next two nights.