After the Weir we drove to the farm stay. We had been given directions but when you are on the phone scribbling things down it doesn’t always turn out the right way. Well not for me they don’t and when they are country directions like just after you pass the letterbox that looks like a plane you turn left.

Then continue on. Mmm will the plane letterbox be big enough for us to notice from the road when we don’t know where we are going and are we looking for a track or a road?

Surprisingly we found the farm without any problems. Well there was one problem. No one was home. We did think someone would be there to meet us.   We started to have a look round. We called out and had a look round the sheds. Then went further afield. The only greeting we received was from some alpacas thinking they may be fed, came running to us. I will confess seeing the alpacas run at us was a little frightening.

We were pretty sure that we were at the right place. I rang the people who we were taking over from to find out they were all out at footy and weren’t expecting us until tomorrow.

When we finally met the farmer and the people we were taking over from. We explained we would only stay for 2 week and they were happy with that.  The farm was large; they grow some grains and some sheep with some alpacas thrown in to make life interesting.

What did we get up to in the 2 weeks? Adrian let the dogs off their leads at 8am in the morning. After breakfast he cleaned the pool and fed the birds. At twelve he let the chickens out. At about 5pm we would chain the dogs back up for the night and feed them. We would then turn the sprinklers on and go put the chickens to bed. Collecting the eggs as we went. Adrian did a little gardening as well. For that we received free power and water. We could grab some eggs and some meat (the farmers kill their own). The farmer was happy for Adrian to go with him to feed the sheep and do other stuff. He was even happy for Adrian to driver the tractor as well. Adrian declined all that fun. 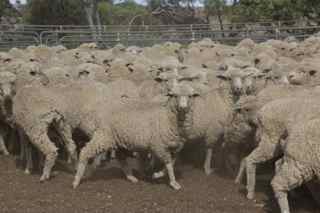 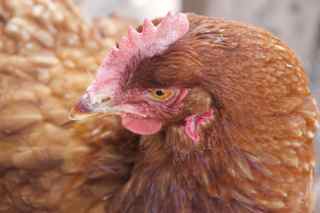