As we travel we were amazed with the road to Cooper Pedy. Rolling hills with nothing. This is what we expected the Nullarbor to look like. No trees and no life then out of nowhere come something to makes you stop and take a breath. 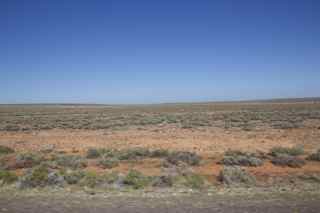 We pulled into Pimba thinking we may stay the night. Pimba is really only a service station but it does have a bush camp. Woomera is only 5k from Pimba and use to be an army experimental military base for missiles. It was established in 1947 so the British could launch rockets. A lot of rockets were launched over its life from several different countries but now it is mainly an administrate site. The town was opened to the public in 1982 and now boasts accommodation of all types and everything else you may need. As it was so close we headed off to have a look round. There is a nice museum with lots of missiles on display next to the museum. If you like rockets you will love this place. 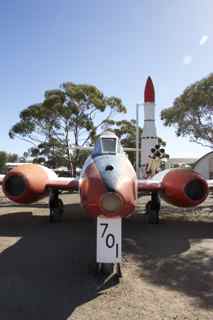 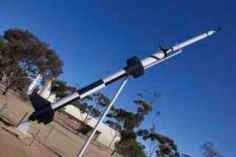 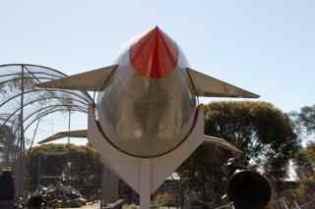 We went back to Pimba for lunch. The service station was like a little museum with frames filled with badges and walls filled with number plates. It was a very busy place so we decided to move on. 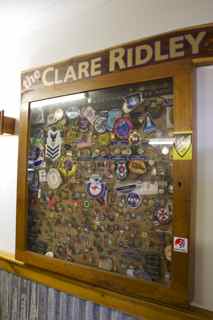