We pulled into Barrow Creek for a break. It is a service station, come pub, come have a look. We wondered through for about an hour just looking and reading. It was a little like Broad Arrow Tavern in WA. People had left their mark across the walls. There was a little Telstra display that made me laugh. The tin cans are as much use as a phone in some places we have traveled. (I have mention one or twice about Telstra lack of phone serves in the middle of Australia haven’t I. It is a bit mean of me as we do have other phone carriers but they don’t seem to venture out of the capital cites so Telstra is it.) 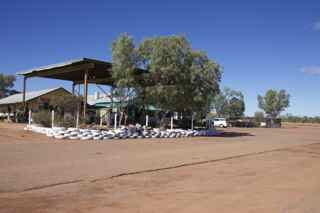 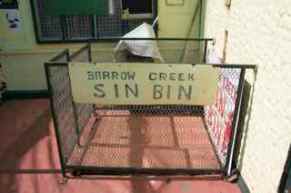 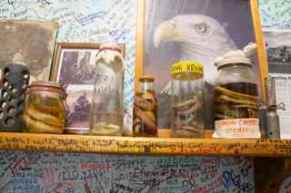 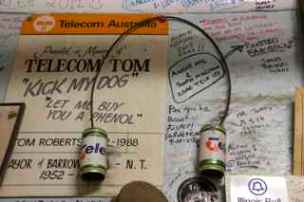 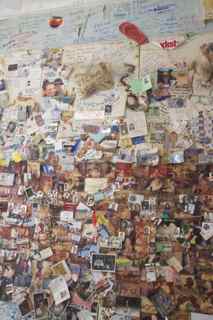 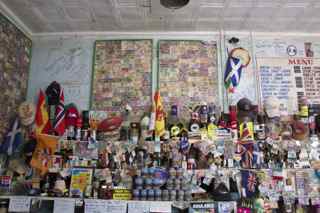 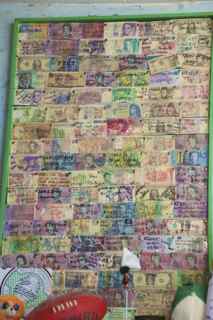 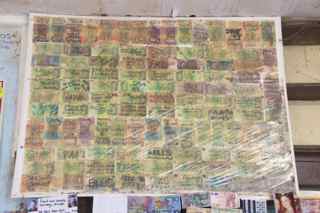 Barrow Creek also has so heritage building which once housed the telegraph station. We wondered through. There wasn’t that much to see except empty rooms.   It seem the buildings are one of only four remaining telegraph station still intact along the original line from Port Augusta to Darwin. It was built the same year as the one in Alice Springs. 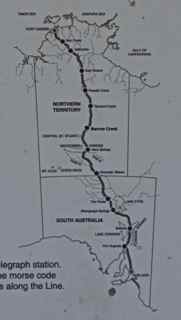 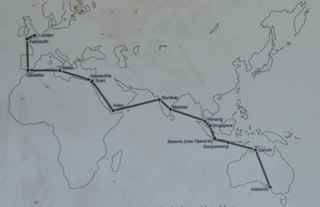 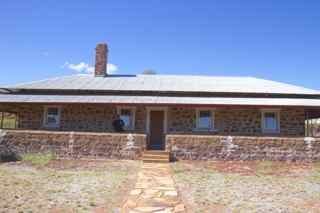 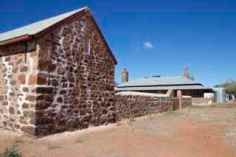 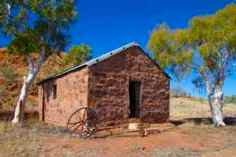 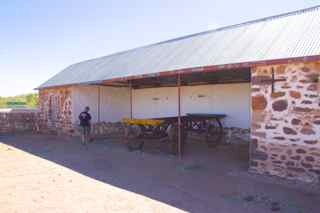