The friends of my sister had a nice size boat.

As a group we took a trip out to the Great Barrera Reef. What can I say about the Reef that already hasn’t been said before? The Great Barrier Reef is not the best name for it. It should be called The Great Amazing Barrier Reef. It will blow your mind. (Ok maybe you are used to it if you do a lot of diving but for me it was another world.) I went snorkeling on the Great Barrier Reef in my thirties but I can’t remember it being so amazing. This time we were on the edge of the reef and away from the tourist sites. We stopped at two different areas not far from each other. Adrian and I don’t have scuba gear so we had to borrow some from my sister’s friends to share.

The water was clear and the colours were amazing. 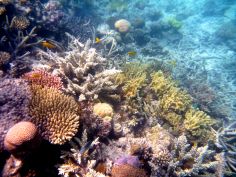 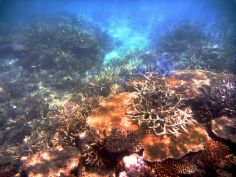 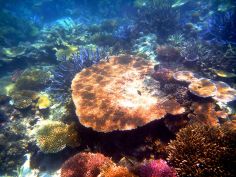 I had a lot of fun trying to take the photos when I was diving. I would almost forget I had the camera in my hand, as I was so involved with what I was looking at. In saying that I still managed to take about 300 shots for the day. 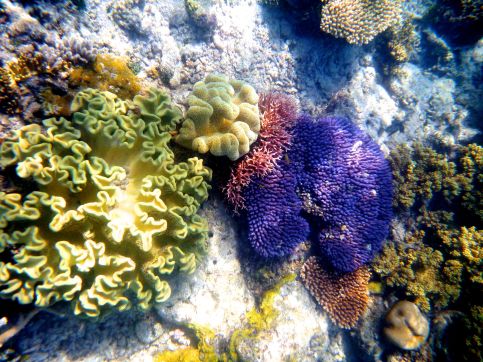 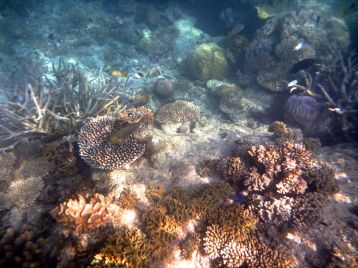 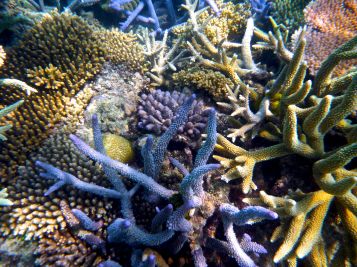 I was really surprised with how many fish there was swimming around and the different colours. None of the fish were very large but they made up for it in number.

At one stage my brother in law came racing back to the boat. He had purchased a new gigie and he grabbed it and was gone again in a flash. It wasn’t long before he was back with a massive smile on his face and two of the biggest lobsters I have ever seen. 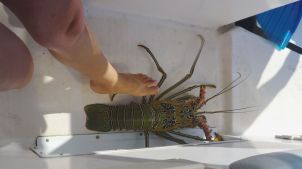 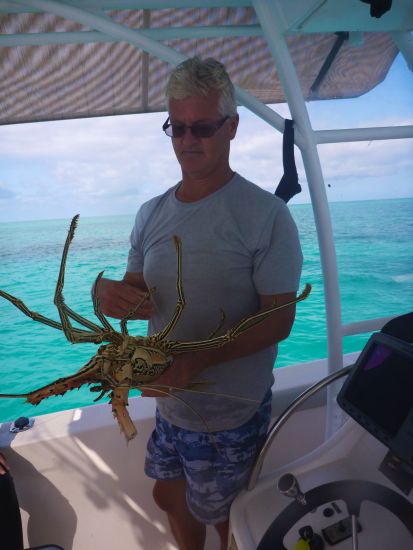 He was off again and before long we had another one sitting in the esky. Our lobsters in WA are plain red. (I didn’t know they come in different colours.) I was told the ones my brother in law had caught were painted crays. They did live up to their name. I did feel like the crays were too pretty to eat. Almost. Bring on the garlic butter.

Unfortunately after out boat trip Adrian started to have some back pain. We don’t know what triggered it. The boat trip wasn’t overly rough.