We had a visitor one day in the van park.   I have seen a lot of the lizard in my lifetime so for me it wasn’t anything unusual I did wonder what tourists would think if they stepped out of their van or tent to find the lizard looking back at them. 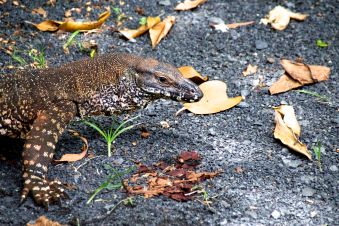 He checked out around our van 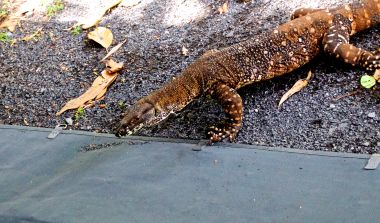 He then wondered over to the van behind us. They had been cooking outside leaving the BBQ on a small table. What a treat. The lizard didn’t hesitate in pulling down the hot plate to check out what was had been left behind.  Finding nothing he wondered off.

The owners of the van were a little surprised to see they BBQ knocked to the ground. I explained to them about the lizard and showed them the photo. The lady said she was happy she was out when it happened.

Just a small walk from the van park was a little banana booth. It was on a honour based system.   Just $2 for 6 bananas and they were big bananas too.  Bring on the banana smoothies. It was a big difference from when we stayed at Longreach water hole and we picked up the bananas at Elliott. They were a dollar each and quite small. 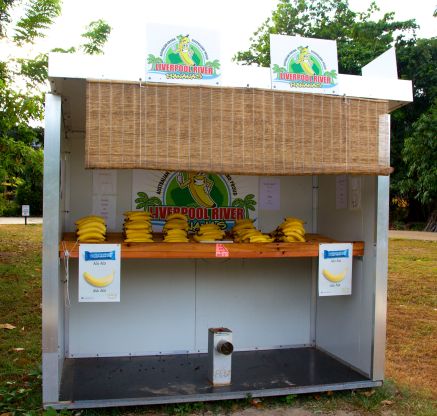