Adrian was still having problems with his back. He had gone to the doctor and a chiropractor but nothing seem to be working.   It was so bad that he was bed bound popping painkillers like they were going out of fashion. Of course I gave him a lot of sympathy then left him behind. I spent the day with my sister and partner.My brother- in-law unloaded his boat onto the beach next to the van park. 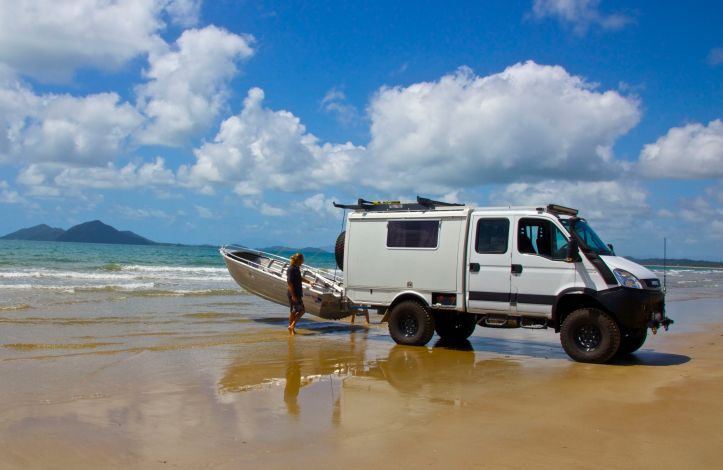 Then it was out to Dunk Island for the day. While Captain James Cook was exploring the Australian’s coastline in 1770, he named the island after the Earl of Sandwich, Lord Montague Dunk.

My sister had gone on about the best seafood lunch she had eaten on the island the last time she was at Mission Beach. You got a great big feed of prawns and two Corona’s in a clamshell for $35. Great. We all liked the idea of that. It was almost lunch time when we arrived at the island so we took the boat around the side to have a quick look then park it up on the beach (there is a big jetty there but that was for the ferry.)

The café was a hop, step and jump away from the water. We made ourselves comfortable looking at the amazing view. 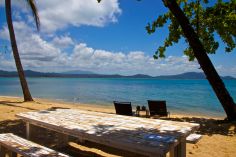 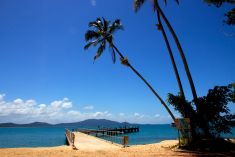 To our great disappointment the café on the island no longer supplied the prawns in a shell. This time they come in an ice bucket and this time it was $45. Ok my sister had been talking about it so much we just couldn’t pass it up. Together we order a bucket of prawns and a bucket of Morten Bay Bugs. When it arrived my sister complained there wasn’t as many prawns as last time and it wasn’t the same. It didn’t stop us enjoying the fresh seafood lunch though. You just can’t beat fresh seafood.

You can camp on the island; the fasciitis are basic but when you are camping on a tropical island going rough is half the fun. There are many walks you can do if you are not into relaxing beside the beach or scuba diving. After lunch we took a short walk along the beach and saw the remains of the holiday village that was on the island. It was destroyed in cyclone Yasi and for most parts it hasn’t been rebuilt. 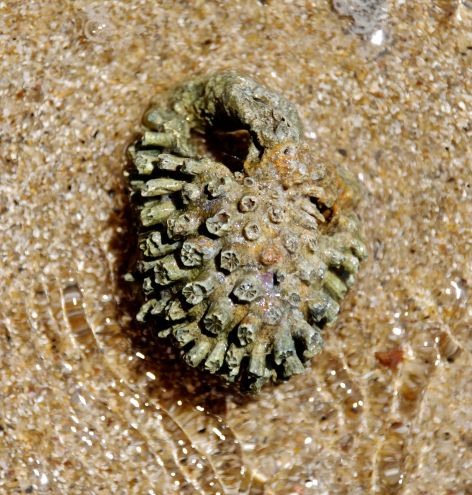 Then it was back into the boat and back to the mainland. The weather still stayed calm with only a hint of some waves. We took a tour up along the coast a little bit for a look then docked on the beach next to the van park. (I did think my brother in law missed judged the landing spot but I didn’t say anything. We were just taking the scenic way back.) My brother in law drove his truck down to the beach again and connected the boat to the lift. It is quite impressive to watch the boat slowly rise to sitting on top of the truck. While he was doing all the work my sister and I watched a group of skydivers came in to land. (Being able to sky diving right onto the beach is one of the things Mission Beach is known for.) 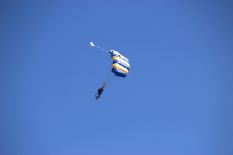