We pulled out of the van park at about 10:30.  I was behind the wheel and it would be me all the way down to Maitland about 1700ks (depending on which way we went.) We left my sister to say goodbye to her friends. They were planning to spend the night at some waterfalls. The falls were about 20 ks off the main road and it was a bit of a rough road in so we decided to give it a miss. We didn’t know where were would end up at the end of the day so made no arrangements to meet up with my sister until we reached our brother’s place.

We had made up a list of places to stay along the way. It would depend on how Adrian fared with his back to where we would stop. We had joked it may only be 50ks down the road. (At that speed it would take us over a month to finally arrive at Maitland. I sure hopped it was a joke.)

As we came close to a camp spot on our list I would ask Adrian how he was going. One by one we crossed them off the list.  He would make it to the next stop.   We ended up at Toomulla Beach Rest Area 192 ks from Mission Beach. The bush camp is off the road and it is a lovely shady area next to a small inlet. My sister had stayed a night here on her way up to Mission Beach and recommended it to us.

When we were setting up camp I pulled out our chairs and received a little shock. There on our chair was a squashed little lizard. Poor thing. I would have thought I would have seen it when I was putting the chairs away. Or at least I should have frightened him enough for him to run away. After I disposed of him I went for a walk down to the beach. You don’t get to see the beach from the campground so off I trundled. 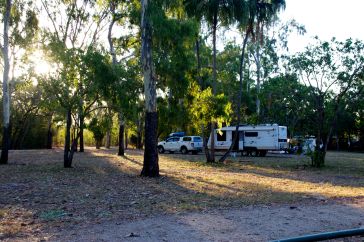 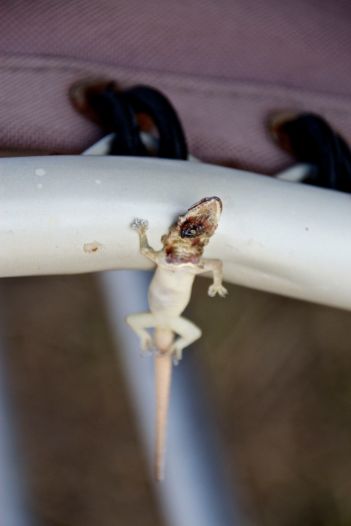 The area is constantly being monitored, as it boast some migratory shorebirds. I was expecting some great photos when I read that on the large sign at the start of the walk but I was sadly disappointed, as I didn’t see a single bird. 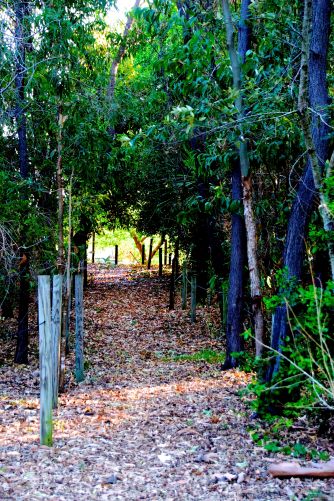 I did get to see some of the crabs with the big one handed claw again. Every time I tried to get closer to them to take a shot they would all disappear. They were everywhere. You would have thought at least one could stand still, but no.

I didn’t actually get to the beach. There was a canal cutting my path. I walked along the canal but it seemed to go on forever. I wasn’t very impressed with the beach from what I saw. Where I was walking it was dark boggy ground. Maybe any other time the beach would have looked good but coming from Mission Beach it had no chance with impressing me. 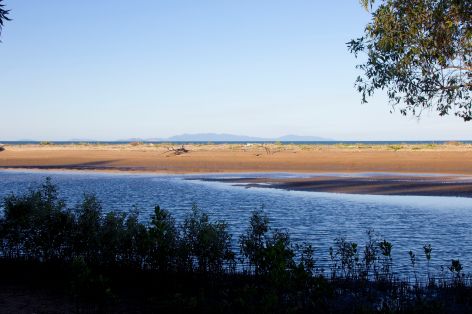 We were just thinking about having dinner when I received a text from my sister. “Where are you?” I texted her back with the answer. They were about an hour away and looking for a somewhere to stop for the night. I told her I had enough dinner for everyone and I would expect then soon. When they arrived they told us the waterfall camp they were planning to stay at was going up in flames. As we ate dinner we decided we would both stay in Townsville at a van park.

The next morning as we were packing to leave I saw a bush turkey. As it was the only bird I had seen at the camp I snapped it.