Our day hadn’t finished. We still had William’s daughter’s house to see. Susanna married Doctor John Hall. I was very impressed with the house. It was filled with lovely wood furniture.

I adored the wooden chests at the end of the bed. If there was a way for me to take them home with me I would have.

Doctor John kept a dispensary in the house. He preferred to use natural remedies so the room was filled with all types of items, like hart’s horn (male deer horns) and woodworm and other odd thing, along with an array of plants. All displayed in colourful jars and such. (It is thought he attended to William when he died.) 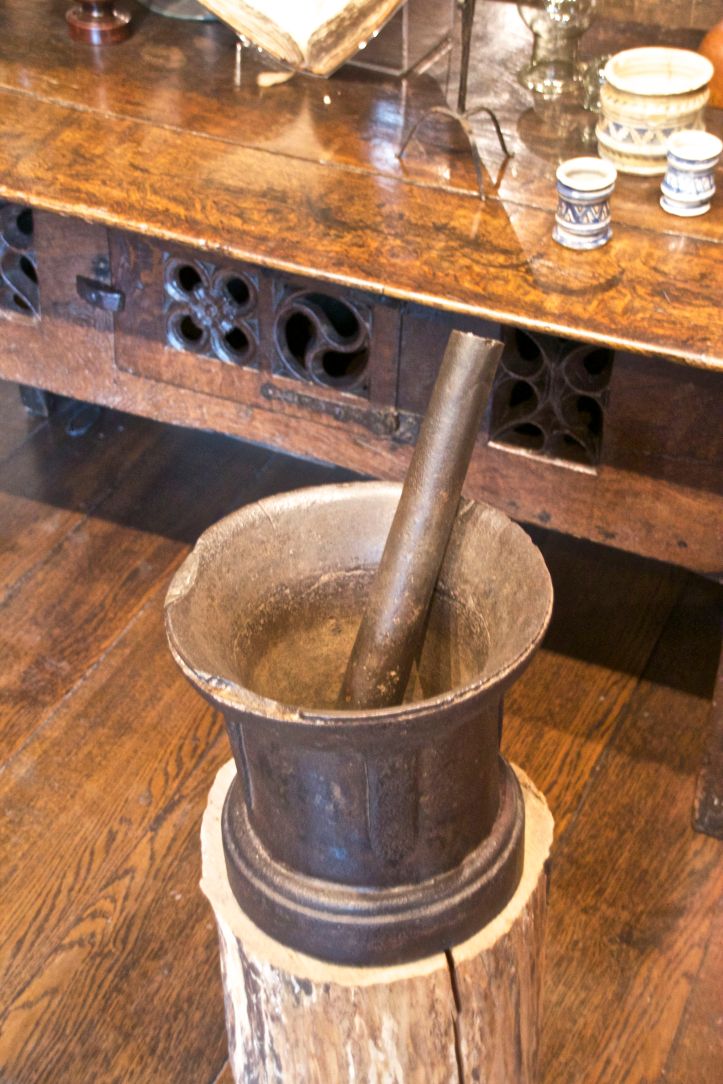 After Susanne’s house we made out way to where William’s new house used to be. It was pulled down several years after William died. It seems the new owner was constantly getting visitors wanting to see where William lived. In frustration he pulled the house down. Now the area is a beautiful sculpture garden. 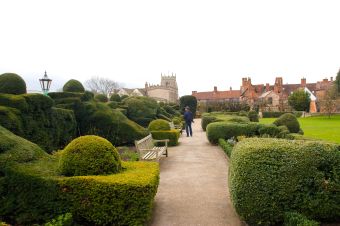 The church is charming but most people don’t come to the church to marvel at the architecture of the building. 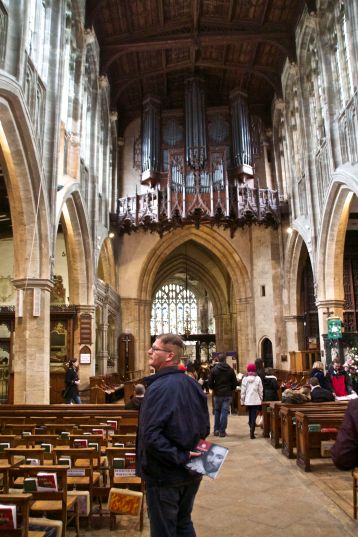 They come for one thing and one thing only. (A sign points everyone in the right direction.)

William had already purchased the right to be buried in the chancel (area near the altar) by buying some church land. So on 25th April 1616 aged just 52 one of the greatest writers in our history, was laid to rest in a newly built family vault.

It all seemed very dramatic. We had walked in his footsteps for the last two days. We had read information board after information board about his life. We felt we had gotten to know him instead of just knowing of him.   We were now coming to the end of his story, his final resting place.

As we followed everyone else up to the altar we were stopped by a little old lady with her hand our. To go further we would have to cross her palm with money. Yes we paid the £3 each to continue on. We couldn’t come this far in his story and not go to the end.

William’s grave is very basic, just a slab of concrete with writing on it, words written by William himself.

To dig the dust enclosed here.

Blessed be the man that spares these stones,

And cursed be he that moves my bones.’

After everything we had gone through to get here it seemed a slab of concrete was a little disappointing. A statue was erected in 1621 to sit on the wall but it seem unconnected to the man, although it is said to be a very good likeness of William as both Anne and Susanna, it is said to have made comments on the piece. (William’s friends installed the monument.) 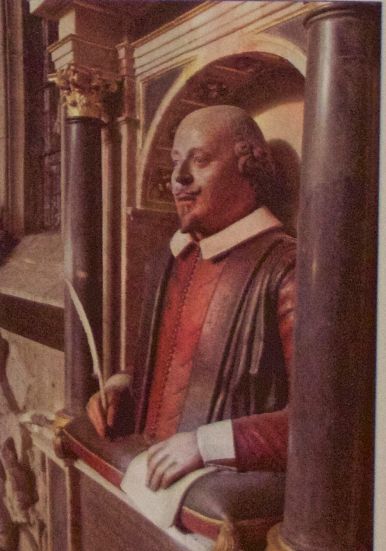