We made it to Eulo, the first town on the loop. It has a bush camp beside a river just a k outside of the town. By the time we pulled in it was about 4pm and the camp was packed. Being off the beaten track we had expected the camp to be almost empty.

It had been a long day for us traveling over 300k. We normally try and keep it to about the 200k mark in a day.   We were only planning to stay one night so we didn’t bother to unhitch the car and didn’t bother to get the chairs out. I was surprised to get phone reception and TV as well. One happy chappie until I saw the height of the floods in the area.   Good thing we were staying only one night. 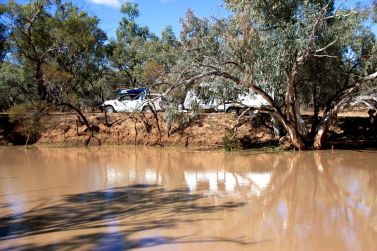 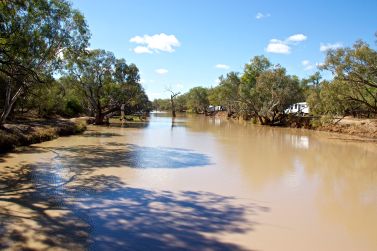 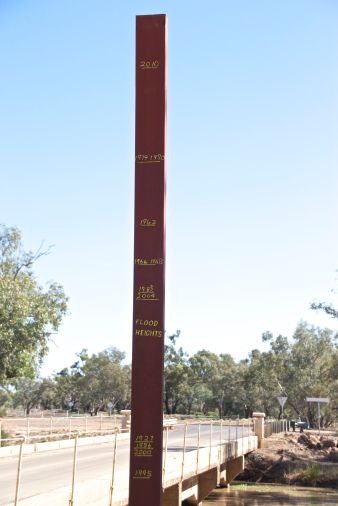 The next morning we walked into town. On the way we passed what looked like some old beehives. I didn’t take much notice until I saw the information sign. The hives were part of a Heritage Trail of the town. Beehives form a large part of the local economy having been introduced to the area in the early 1960’s. I would have thought bees would have needed a more greener area to make honey. 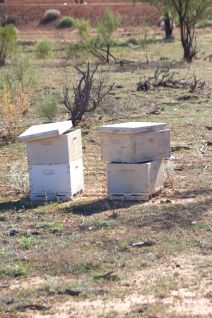 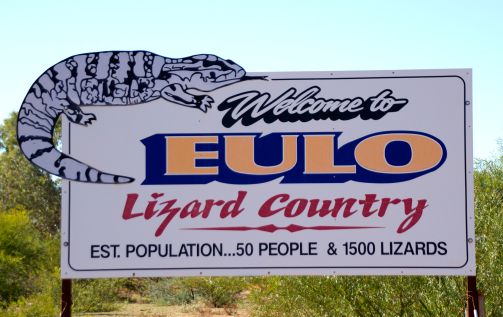 There wasn’t much to the town. It has a population of 46 and had only one main street. The first building we saw was the Post Office. It was opened in 1872. The first postmaster received a salary of £12 a year. After one hundred and ten years the post office closed. Now it is a small museum and art and craft store. We took a look outside first before venturing inside. I think when they said the post office was now a little museum they were using some, no a lot of imagination. The side area was set up with opal rocks. All for sale. While there were a lot of the opals outside and inside nothing sparked my interest enough to make me want to part with my money. 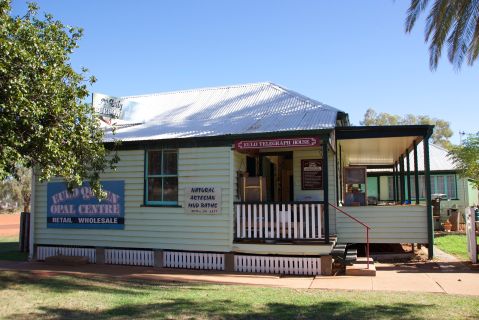 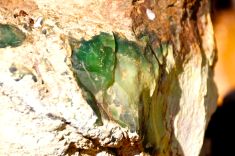 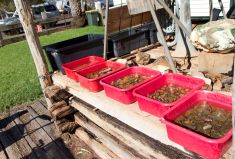 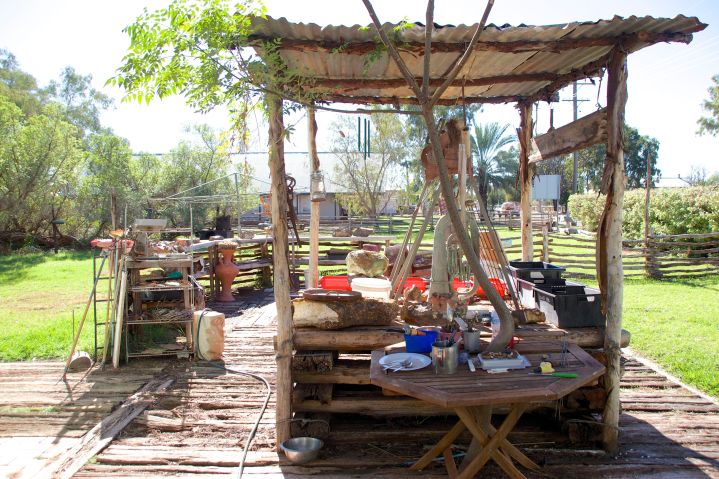 We did see one of the lizards that the town is famous for. He was leaning on a wall, just passing the time of day. 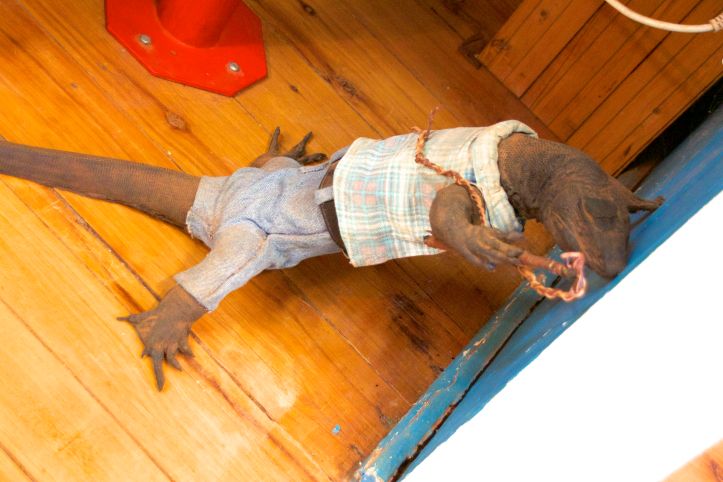 We continued on to the lizard lounge.  The lounge is the local park. We had been told there was a statue of a Diprotodont. What is a diprotodont? He lived in the Pleistocene Epoch times, between 2588 million and 300,000 years ago.

Now Kenny as the locals have called him is thought to be Australia’s largest species of megafauna and the largest known marsupial to roam the earth. The males would have weighed as much as 2.8 tonnes. The wombat and koala are Kenny’s closes relatives and like them he was an herbivore. Kenny was found in 2011 near Eulo and he has helped unlock clues to Australian’s prehistoric animals and how they lived or died.

I know the statue is an artist’s impression taken from information but for me Kenny looked very happy. I like that, to me he looked a little bit like a smiling quokka. 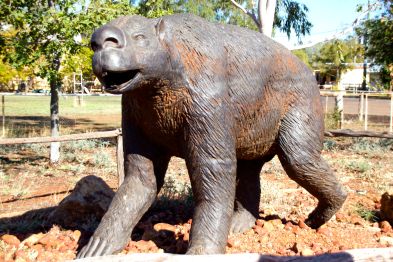 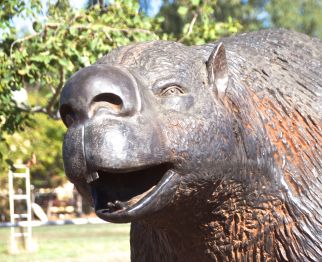 Kenny wasn’t the only fossil found at the dig. Other’s found were,

I didn’t realise we had so many different dinosaurs in Australia.

Next to the lizard lounge was the lizard-racing ring. The town started to race lizards way back in 1967 and it quickly became one of the first outback events which attracted large crowds. The race boasts over 5,000 people for some years.   The racetrack is very basic. No jockey room here. 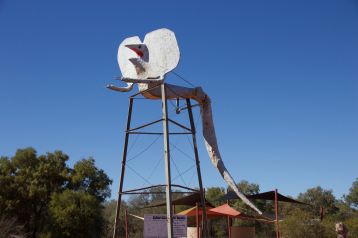 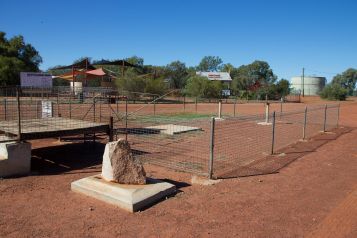 The ring was also used for cockroach racing. A plaque has been laid to honour ‘Destructo’ who was a champion racing cockroach. He/she was accidentally killed at the track 24-8-80 after his/her win against ‘Wooden Head’ champion racing lizard. I am sure there is one great tale to tell of what happened on the 24th. A plaque for a cockroach, that’s Australian humour for you. 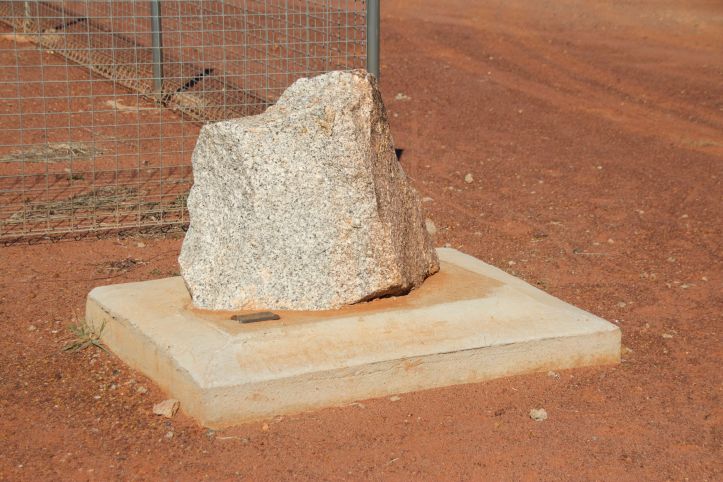 The only pub in the town now is the Opal Queen. There is a plaque next to the pub in honour of the Opal Queen herself.   Isabel Robinson-Gray was one of the characters of the outback.  She became an outback legend and her name was on the lips of men from old to young, from drovers to shearers and mining men, for a quarter of a century. She holds the title of the most beautiful woman in the west of Queensland with beautiful blonde hair and grey eyes, when white women were scarce in the Never-Never. 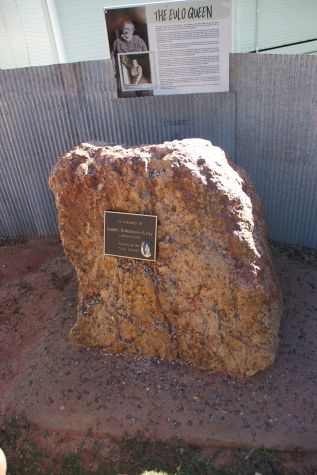 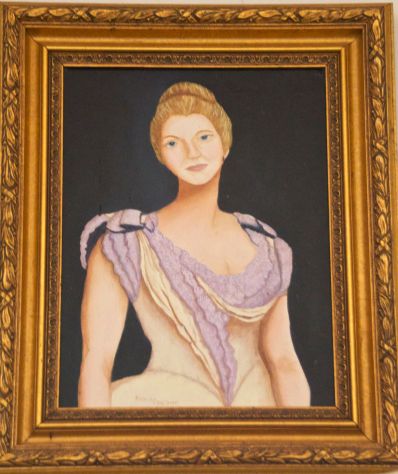 No one is sure where she was born as her birthplace changed several times though her life. It was thought she was the illegitimate daughter of an Army Captain. She spoke French and German fluently and touched on a childhood in Paris. She arrived in Australia penniless and started working as a governess. In 1886 she was an hotelier in Eulo when the town was thriving. Isabel was a shrewd businesswoman and loved to deal in opals. By 1889 she was running, not only the Opal Queen which was named the Royal Mail at the time but also The Empire and Gladstone hotels as well as the general store and the butcher shop in the town.

The key to her heart was said to be opals and she collected as many as she could along with any jewellery that came her way. It was reputed she had the finest collection of opals in the world. Unfortunately the financial crisis and the failure of the Queensland National Bank reduced her wealth.

In 1902 Isabel married 29 year old Herbert Victor Gray, her third husband and the one true love of her life she told people. (Isabel clamed she was 35 at the time but she was actually about 53.) She recouped her wealth. Some say it was because she had control over the roulette wheel in her hotel and boasted 10 bedrooms and the finest girls to comfort the lonely men. The story goes she was also a courtesan, and stocked her bedroom with liquor to help entertain.

In 1913 she went and lived lavishly in Europe. Young Herbert was killed in WWI. At the end of the war Eulo was no longer a thriving town. Two of her hotels were burned down.   As the buildings were not insured, Isabel’s fortune withered to almost nothing. By 1926 she was living in poverty in Eulo on a military pension when she died in 1929 she only had £30 in her estate and was buried in an unmarked pauper’s grave.

The pub had a wall dedicated to the Opal Queen. Isabel received the nickname when she asked a young drunken stockman to leave the pub. He roughly questioned her “Who do you think you are?” She replied “I am the Queen of Eulo, now get out.” A cheer went round the bar and the poor stockman realised he better take notice. After he left a toast was drunk to the Eulo Queen latter changing to the Opal Queen and that is how the legend was created.

After we left the pub with the things hanging from the ceiling and the beer top chairs we made out way to a under ground bunker. 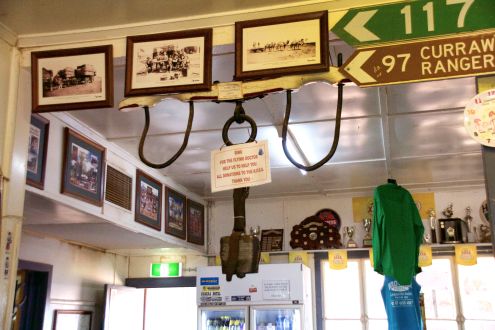 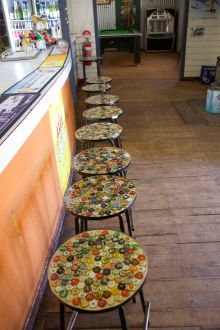 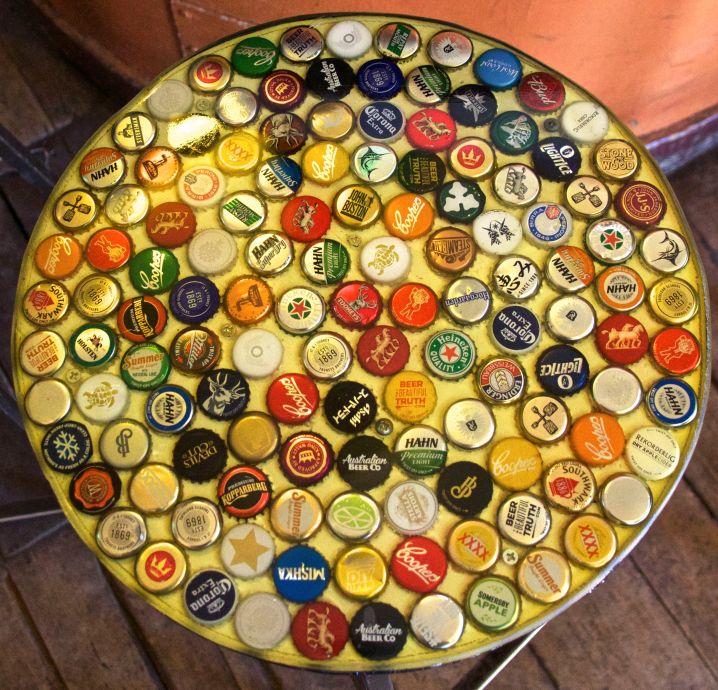 It wasn’t much to look at. The way it looked I don’t think it would have stopped too many bombs.

We made a swift trip into the general store, come serve station as we had been told they had some of Kenny’s bones on display.   Then it was back to the van for a quick lunch and to pack up. We had seen the sights of Eulo in three hours. 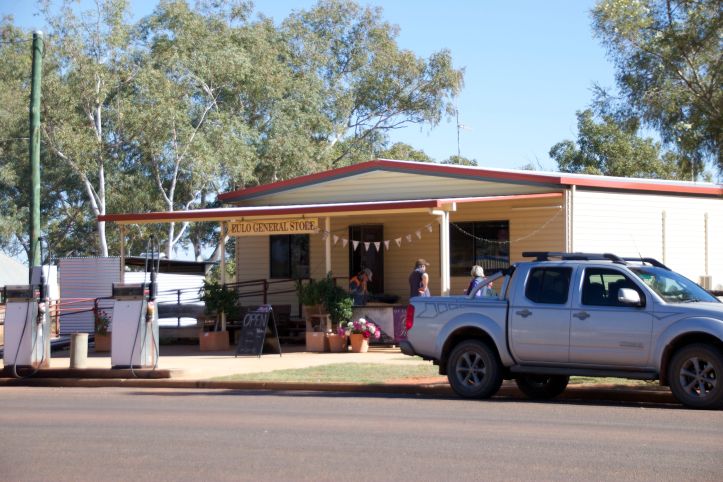