By the time we arrived at our stop which was just out of Albury Wodonga it was getting late in the afternoon. We had chosen to stay at a MSO stop. Our hosts were a retired couple. They told us they hadn’t long been in the house as they had down sized at the start of the year. They were dairy farmers but now they only had 30 acres. Enough to keep them busy without it getting too much for them in their old age.

They offered up power and water but what was more of a bonus was that they had an outside bathroom, which was attached to their shed. What luxury.   After we had set everything up they invited us in for a drink. It was a lovely way to end the day. We have always been well looked after from every MSO stop we have stayed at.

The next day it was into Albury. We started with a walk looking around the town. You can download a “Walking Tour App” for free from visit ALBURYWODONGA.com. We didn’t find out about that until later so missed the opportunity but what we saw we really liked.

Probably the most famous of all the old buildings in the town would be the old railway station. 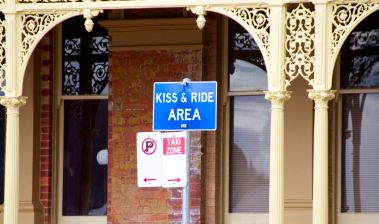 It is lovely from the outside and just as impressive on the inside. It was very basic without all the modern things but what was there looked exquisitely cared for. It was so nice to see the decorations on the ceiling. Everything looked fresh which is not an easy thing to achieve in older buildings. 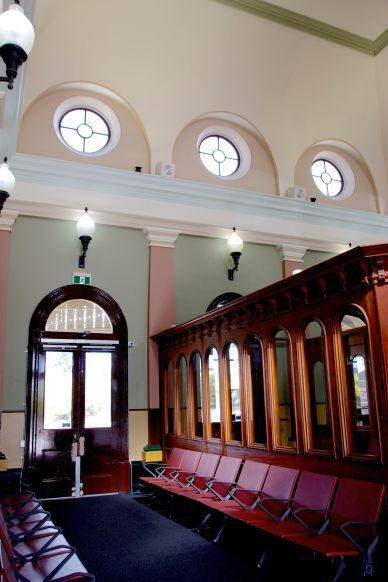 As we were looking around I noticed several old photos taken of the railway station. It looks like not a lot has changes over time. 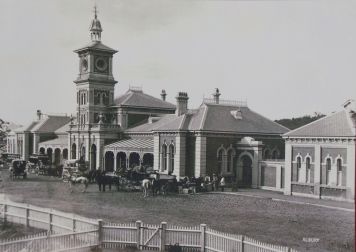 Albury station is the southern most railway station in NSW and there is a good reason for that. By 1850 each state of Australia set it’s own rules when it came to transport. NSW selected the standard gauge of 4’8” (1.435 metres) while Victoria went with the broader gauge of 5’3” (1.6 meters.) By 1870 both side of the border decided to link the two states together by rail. Albury Wodonga was chosen.

Not that everything came together all at once. The railway line reached Wodonga in 1873 and the line arrive at Albury in 1881. By 1883 it all started to fit together. From Wodonga, the line to Melbourne was extended to Albury arriving at the western side of the platform. The line from Sydney would arrive at the eastern side linking the two colonies together. 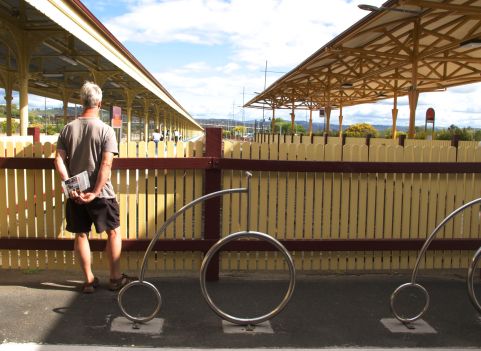 The station was expanded greatly during the Second World War as the Albury station started to play an important role in the moving of troops and goods around Australia. This expansion gave Albury the longest platform in NSW. (The long platform came in handy for everyday use, as people crossing the border were required to undergo a customs check.)

Everything changed in 1962 when the standard gauge was extended to Melbourne. For the first time in the 80 years of the station, passengers traveling between the two cites didn’t need to swap trains at Albury. (The Broad gauge was still in use right up until 2008.)