The next day we took a drive around the country ending up at Kinross Woolshed. The woolshed has been turned into a modern pub while keeping everything you would expect to find in a working woolshed, except for the smell of sheep.

In the 1890’s Alexander Ross built the shed on his property, near Holbrook. Many of the smaller properties (who lacked a woodshed) would bring their sheep to Kinross to be sheared. At the peak (1914) the shed boasted 43 stands. 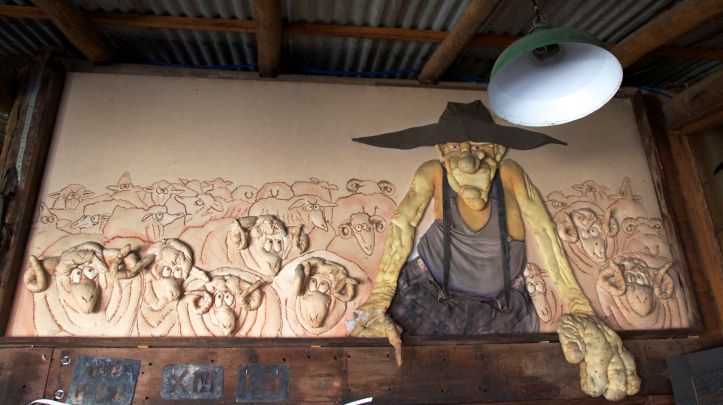 For all those not of a farming background a stand is where a man would stand to shear a sheep so there would be up to 43 men shearing. Now that is a lot of men in blue singlets. Then there would be roustabouts. The roustabouts would move the sheep from the holding yard outside to a pen in the shed for the shearer, keeping the pen full at all times, shearers are paid by how many sheep they shear in a day. A “Gun shearer” could “tally” more than 400 sheep per day when shearing crossbreds or around the 200 a day when shearing merino (less because the wool is finer.) Working inside would be a shedhand. It was their job to collect the wool and throw it onto the sorting table. They would also keep the area around the shearer clean of little tufts of wool and be at the shearer’s beck and call. To sort the wool there would be a senior wool classer and with a large shed, several assistant classers who would sort the wool into the different grades before the senior classer gave the tick. The classers had to know their stuff as the value of the bale could depend on their skill. The quality of the wool varies on many factors like the health and the breed of sheep. (The quality could go down in a drought.) Where the wool grown on the sheep can also affect quality. Areas like the back or the side are different to the wool found on the belly or legs and can very in strength and thickness along with length. Not that the classer would separate the different sections of the wool from each individual sheep. The quality of wool is determined by its fibre diameter crimp, yield colour and staple strength. With the fibre diameter being the single most important wool characteristic that will determining quality and price. Merino wool is generally thought of as being the best wool in the world as it is very fine. The finer the wool the softer it is which will give a better quality of material (with the coarser grades being more durable being used for rugs and carpets.) 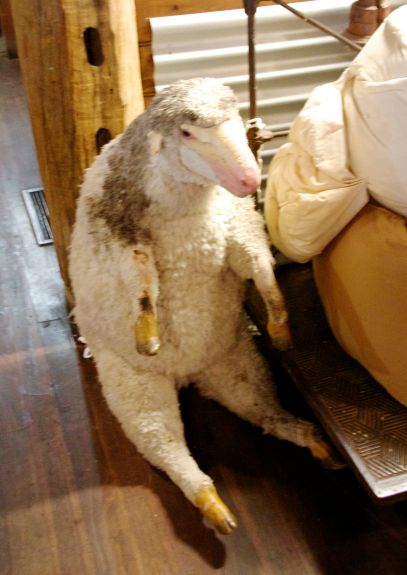 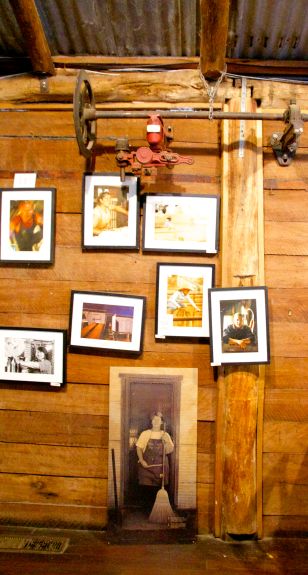 Most of Australian Merino wool is know as 1P,P which is the industry benchmark. We produce 70% plus of the world’s Merino wool.

With the changing times and the diminishing of Kinross farm, the stands in use declined. By 1987 only 10 stands were still being used. A year latter even those 10 had closed. Instead of letting the old building crumble into history it was decided to transported it to Thurgoona and rebuilt it, keeping as much of the original charm of the old woodshed as possible. The Ferrior wool press N0 398 along with the wool bale weigh scales have been restored. I sadly didn’t get a photo of the wool press. It was only afterwards that I though of it. There were so many other things I was looking at that I really didn’t take many photos.

We drove on to a lake that I didn’t get the name of. On the first glance the water looked like one big puddle.

We were the only ones there to start with. 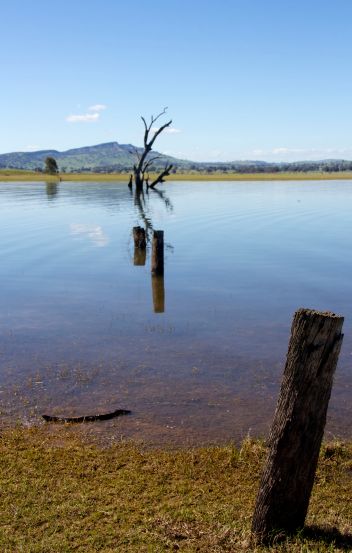 We decided to take a walk around the shoreline. I was so pleased we did, as that was when the magic started to happen. Some people arrived with some dogs and they were so happy to be given the chance to play in the water. Their antics even put a smile on our faces. It was a nice way to finish the day. 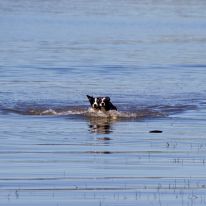 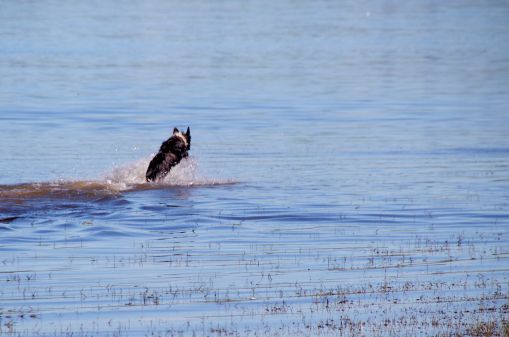