The Museum was originally the gold Receiver’s office. It was built in 1858 and is one of the most important buildings in Beechworth History. If a miner was lucky enough to strike it rich the Gold office was where they would bring the gold to sell. The gold would be kept safe in an internal strongroom before it was escorted to Melbourne. 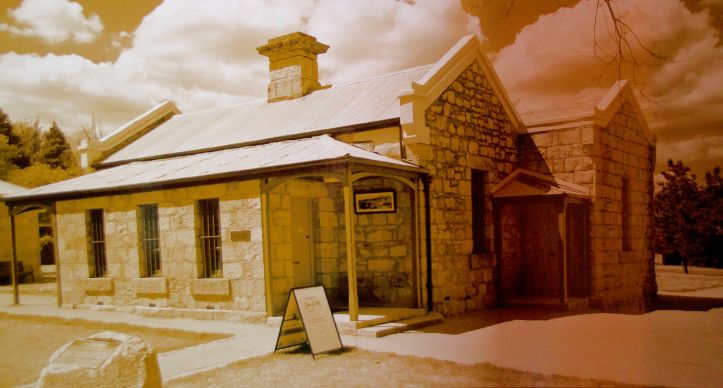 In 1881 the office was turned into the Beechworth’s police station and stayed that way until 1997 when a new station was built. In 2014 the old police station was recast into a Ned Kelly Museum. I think that it is funny and I could almost hear Ned laughing in the background as well. He tried his hardest to stay out of the police station and now he is almost a fixture of the building.

At we entered the museum we were greeted by a Ned Kelly costume. It was one of the costumes, worn by the stilt-walkers as part of the Sydney 2000 Olympic Games. The costume itself was based on the works of artist Sidney Nolan. I can remember watching the opening ceremony. It was impressive as the guns held pyrotechnics so as to appear to produce gunfire. 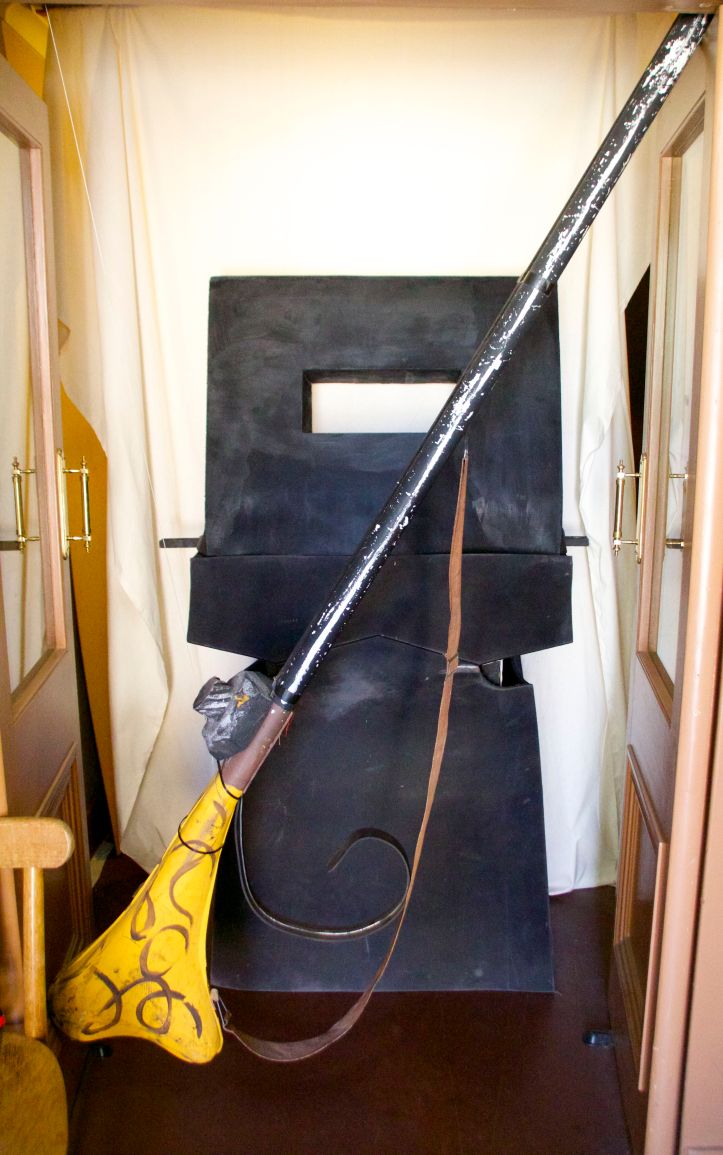 From the entrance we turned and took a step into Ned’s life.

The museum now holds the world’s largest collection of items connected to Ned Kelly and his gang.

There were so many items that I was amazed. Where do I start?

There is a rare glass slide from an 1880 Magic Lantern show, depicting the “Night Attack on the Glenrowan Inn”. It is hard to make out what is happening in the slide but then it is supposed to be at night. The Magic lantern shows were before cinema and were very popular. It wasn’t until 1906 the first film was made of the Kelly Gang. It was shot around the city of Melbourne and is the first feature film made in the world. The film ran for more than an hour and was seen around the world. To make it really authentic an unknown Canadian actor called Frank Mills played the part of the Irish Ned Kelly in Australia. You have to laugh at that. 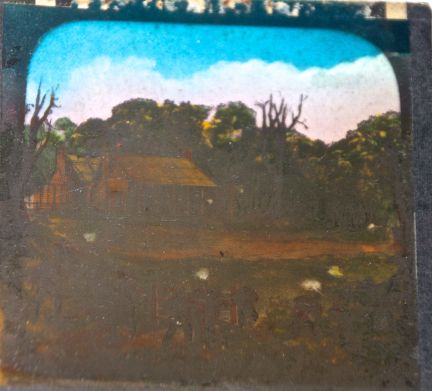 The museum even has copies of the Kelly Gang’s suits of armour. It is thought the suits have been modelled loosely on the Chinese Samurai armour with Ned’s suit being the prototype. Or the idea of the armour could have come from Ned’s favourite book “Lorna Doone” published in 1869. In one of the chapter the outlaws are portrayed “with leather jerkins and long boots, and iron plates on breast and head.”

Ned’s suit was made by Tom Lloyd with several different types of steel being tested. One test was to shoot the armour with a captured police Martini-henry rifle. The Gang finally settled on using single furrow plough mould boards.

Daniel Kennedy who was a police spy reported on the development of the armour “jackets are now being worked and fit splendidly. Tested previous to using and gun proof at ten yards’.” The police thought it was a joke and Kennedy was sacked. They came to realize the truth a month latter when they came face to face with the Kelly gang at Glenrowan dressed in the armour.

To confuse everyone the costume of armour warn by Mick Jagger in the 1970 film, Ned Kelly, is also on display. It isn’t a true copy of Ned suit but incorporates elements of all the suits. Then there is the copy of John Jarratt’s helmet and special effect revolver (on loan from a private collector) used in the mini-series, The Last Outlaw. 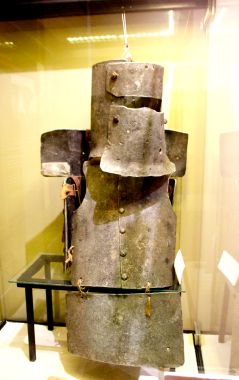 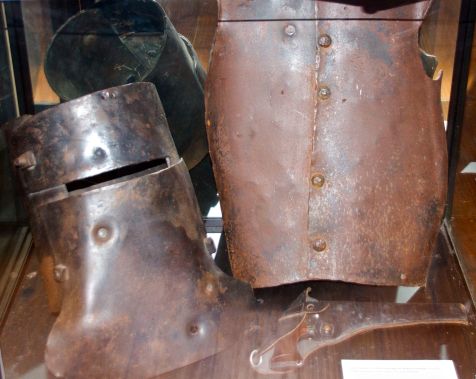 The original suits have been separated over time. The Victoria State Library holds Ned’s suit. The Victoria Police Museum holds Dan Kelly and Steve Hart’s suits and Joe Byrne’s suit is privately owned. Looking at the copies it is hard to imagine how the men could have moved it them as they look very heavy and cumbersome. 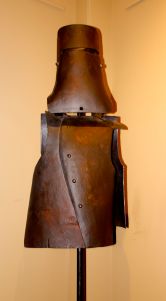 Ned’s favourite rifle “Betty” stands in a cabinet on it own and as proof of ownership has a K carved into the wood. Betty is a Snider-Enfield of .577 calibre.   (Now that doesn’t mean anything to me. I just see an old gun.) Ned appropriated her from a kangaroo hunter, Henry Dudley when he took Henry as a prisoner during the Euroa bank Robbery in December 1878. The funny thing is it wasn’t really Henry’s gun. He had sold the rifle to a co-worker and had borrowed the gun back for one last hunting trip. I bet the co-worker was not too happy about the loss of his gun. There is also a 36 calibre Colt Navy revolver. It is very simular to the one Ned used on that fatal night. Ned had taken his Colt from Constable Devine after the shooting at Jerilderie. The gun was popular dewing the American Civil War and was issued to the Victoria Police. The Colt the museum hold is though to belong to Thomas Atkinson of Everton who was involved in the hunt for the Kelly Gang.

Along with copies of the armour the museum has a death mask of Ned. It is one of only 4 made. We had already seen one of the 4 in the National Portrait Gallery in Canberra. Maximilian Kreitmayer, (who was the proprietor of Bourke St Waxworks) made a mask immediately after Ned was hung. After the mask was made Ned’s head was cut off and his brain was apparently removed for preservation. I guess that is something they did way back them. In 2009 when they removed Ned for reburial in an unmarked grave at Greta Cemetery (where most of his family is burred,) they found a large piece of the skull with his remains but the whereabouts of the remaining skull fragments are unknown. 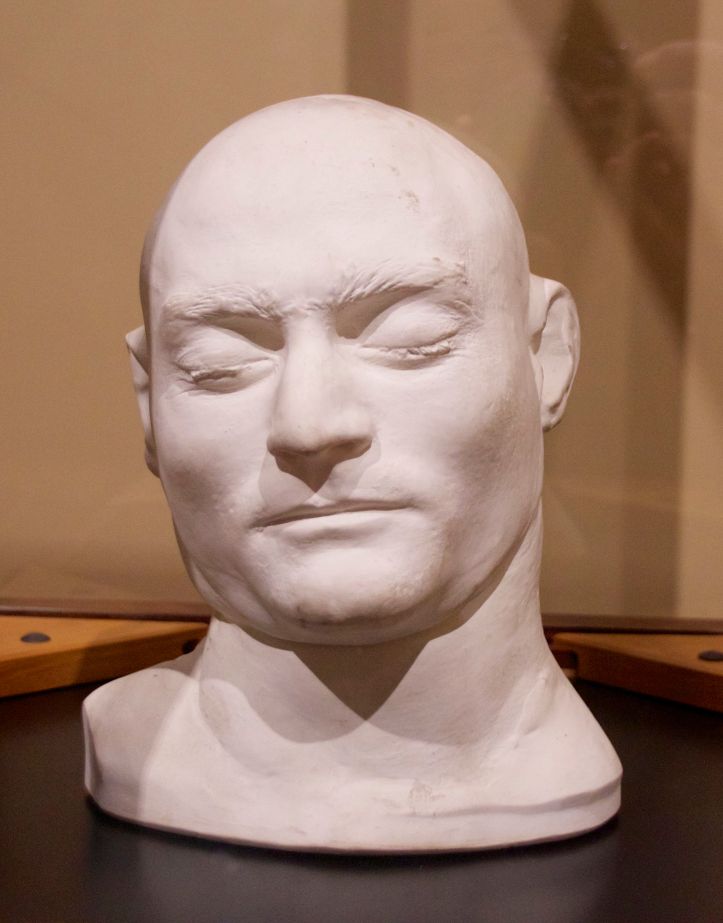 With every legend there is always a song and Ned had several written about him. The museum has a copy of one of the most well known. It doesn’t seem like a toe tapper to me.

There is a small collection of photos of Ned and his family. 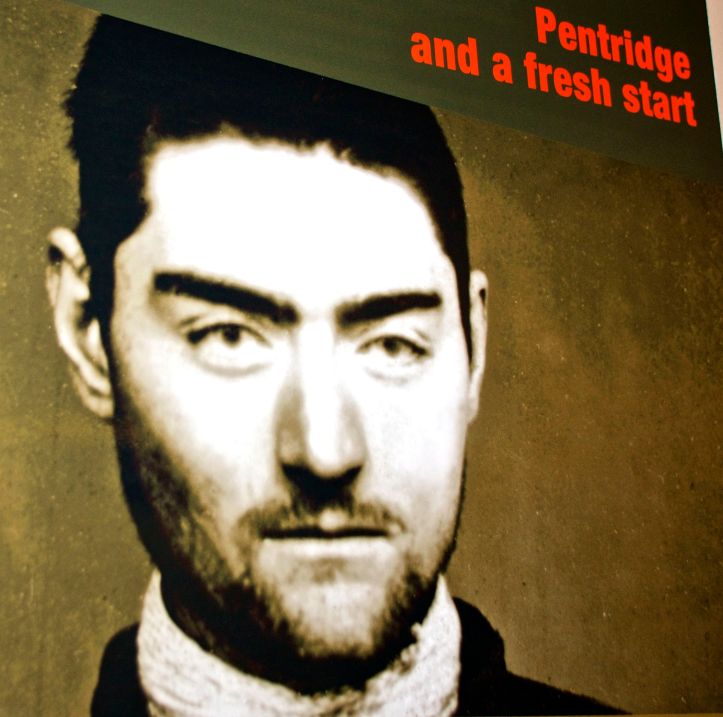 This photo of Ned was taken in August 1874 when Ned was 20. It was taken a short time after Ned defeated Isaiah “Wild” Wright in a 20 round bare-knuckle boxing match. Ned was declared, even though it was unofficial, boxing champion of the district. 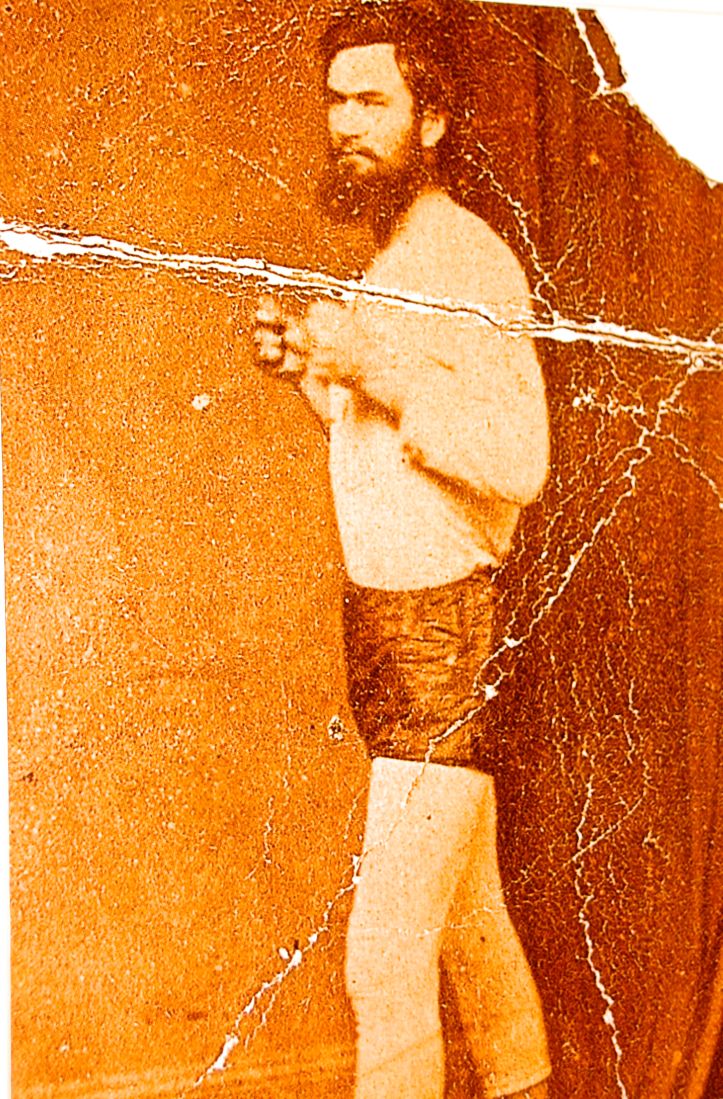 The Kelly family, taken in 1881 after Ellen was released from prison. 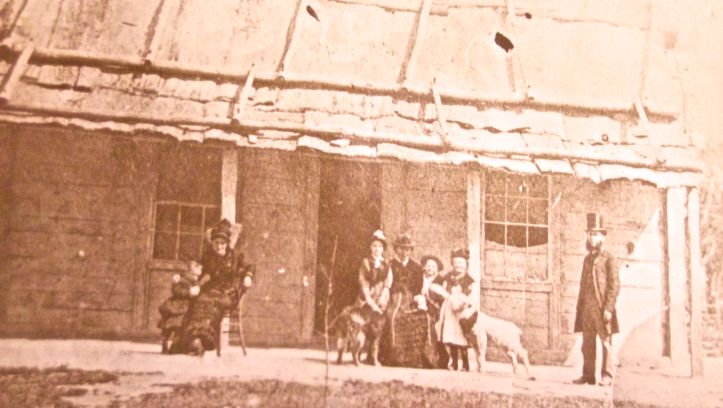 There is one of Ellen Kelly. Taken when she married George King. At the time she was really 42 but gave her age as 36.

The museum also has a table that once belonged to the Glenrowan Hotel. As there were so many people in the pub at the time Ned and his gang took over the building, the table was moved outside to make enough room for everyone. As it was outside it show a bullet hole and it is the only remaining item from the burning of the pub. The table is now valued at over a million dollars. I don’t know about you but that impressed me. A million dollars for an old ratty table. Amazing. 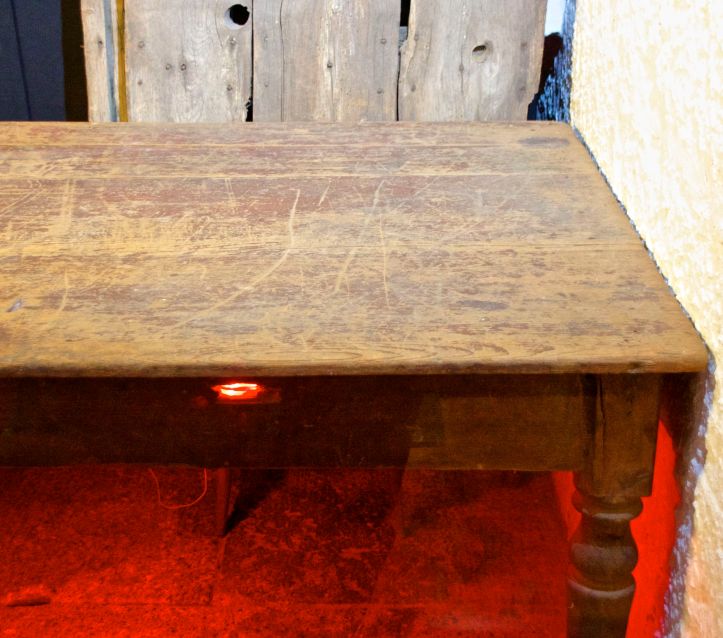 We spent most of the morning in the museum. Although small it does pack a lot into the small space.